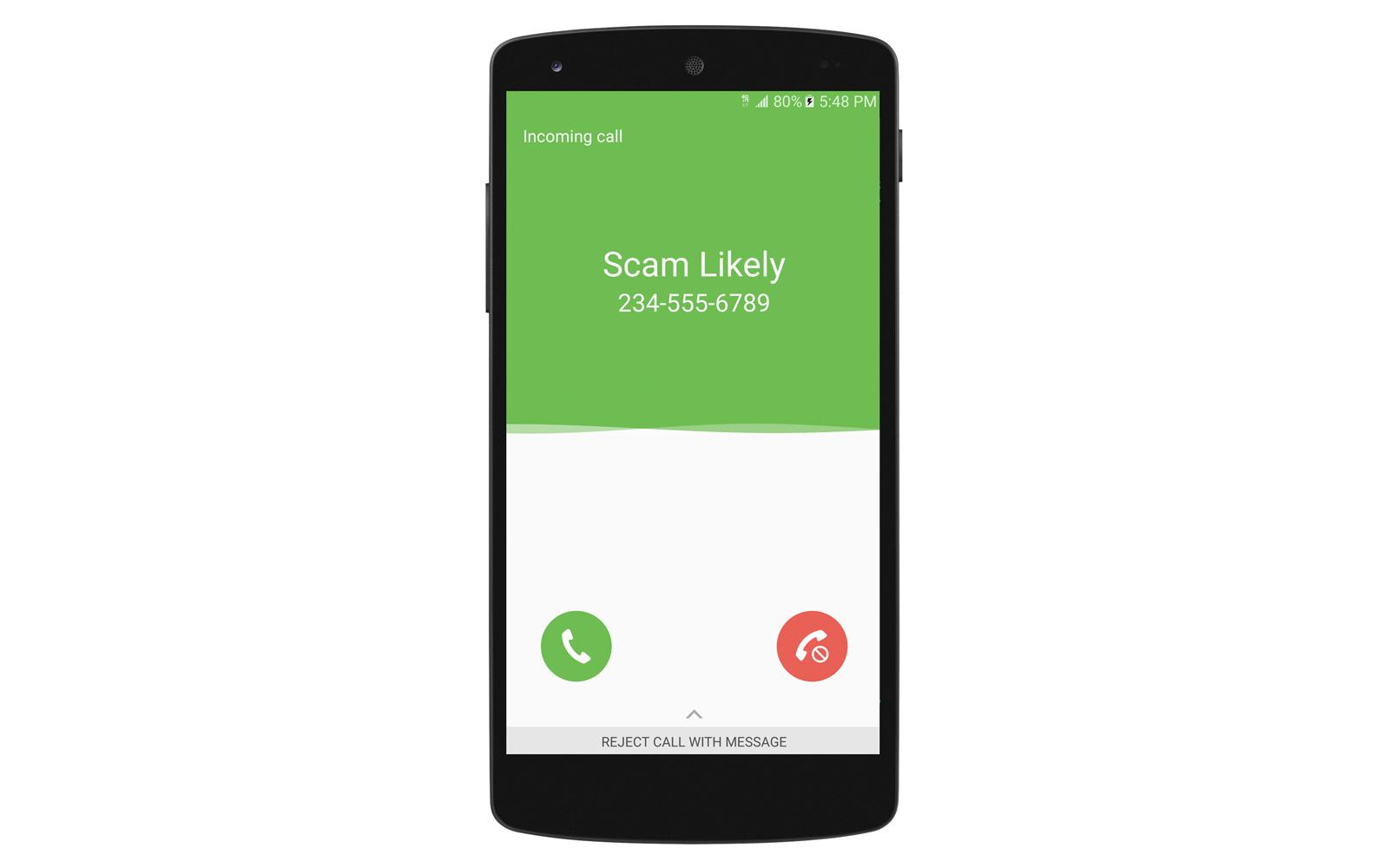 This week, the FCC revealed its plan to battle robocalls. Part of that initiative includes allowing phone companies to target and block calls from fake or suspect phone numbers. Those rules are still being finalized, but T-Mobile isn't wasting any time on the matter. Today, the Uncarrier began rolling out two tools to its customers to help with phone scams: Scam ID and Scam Block.

Like the image above illustrates, Scam ID will alert customers via a caller ID-like message when the incoming call is most likely a scam. In terms of Scam Block, that feature will block those calls from even reaching a customer when it's enabled. T-Mobile is giving users both tools free of charge and says that the patent-pending tech that drives the two is built directly into its network. This means that it's available on any phone that's on that network.

When someone calls a T-Mobile number, the scam fighting system analyses the call and checks it against PrivacyStar's database of known scammer numbers. The carrier says is a process that takes milliseconds to complete. That database is updated in real time, analyzing every call that hits T-Mobile's network and flagging known and potential scams as necessary.

Scam ID and Scam Block will be available to T-Mobile One customers "on a rolling basis" first. If you're a new One subscriber, the company says you'll be privy to the tools starting April 5th. Postpaid T-Mobile customers can also enable to the two scam-fighting features on that date.

Update: This post has been updated to clarify that it's PrivacyStar's database of scammer numbers T-Mobile is using for its service.

In this article: carrier, gear, mobile, phonescams, scam, scamblock, scamid, scams, t-mobile, wireless
All products recommended by Engadget are selected by our editorial team, independent of our parent company. Some of our stories include affiliate links. If you buy something through one of these links, we may earn an affiliate commission.