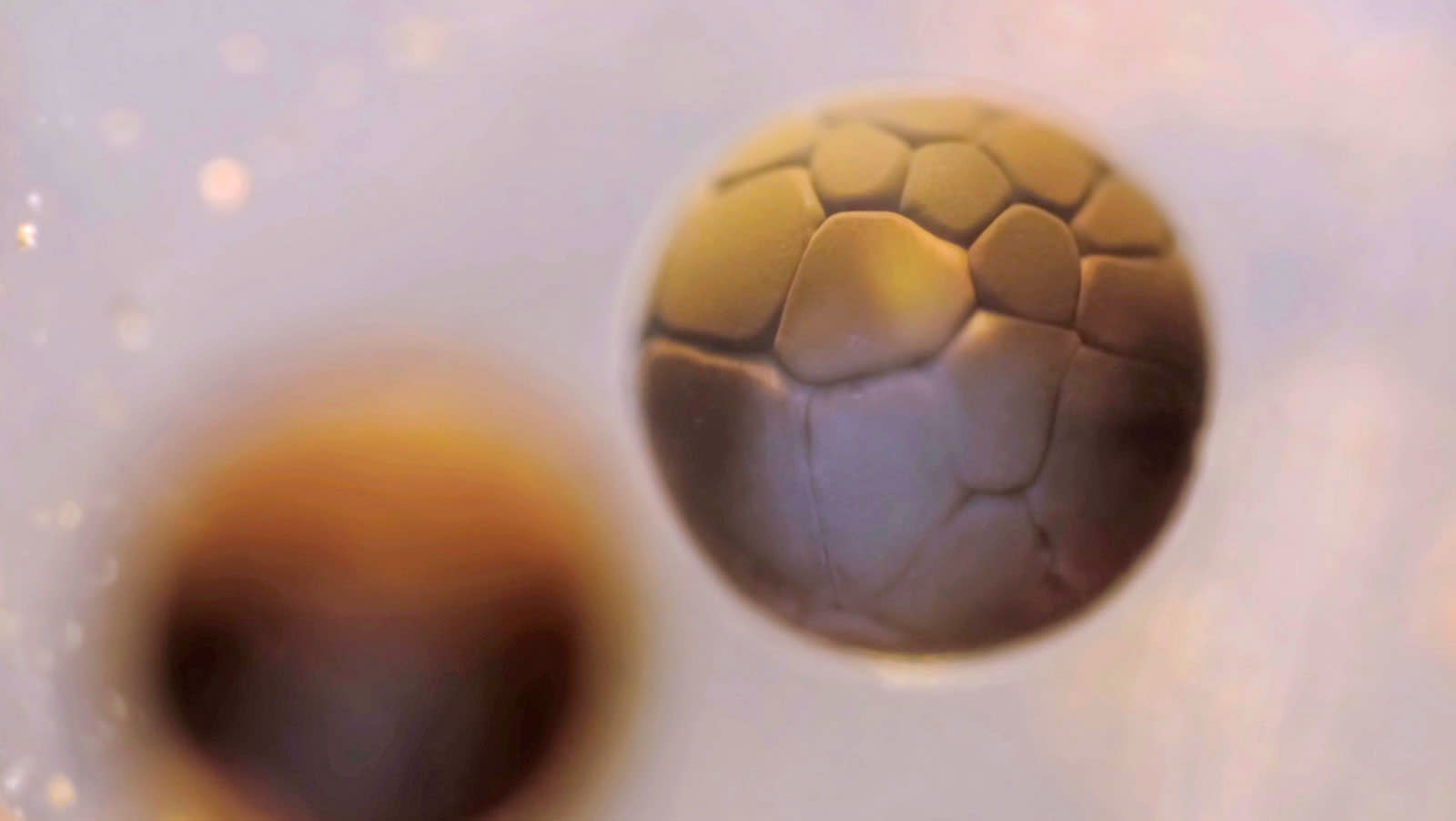 You might have paid more attention to cell division in biology class had you seen this timelapse video from filmmaker Francis Chee (below). It shows the cell division of an egg from Rana temporaria (the common frog) in such astonishing detail that it looks like a digital effect. Starting with just four cells, it divides into seemingly millions more in around 33 hours, a time that's compressed to 23 seconds in Chee's video.

The team didn't just grab off-the-shelf equipment. "It was done with a custom-designed microscope based on the 'infinity optical design' " that's not available from any manufacturer, he said in the YouTube description. Chee also built the LEDs and optics used to film it, and sat the whole thing on an anti-vibration table. The final shot depended on numerous other variables like "the ambient temperature during shooting, the time at which the eggs were collected, the type of water used," and other factors, he said.

Whatever, the final result is so bizarre it almost looks fake -- the first few divisions rip the cells into smaller pieces through what looks like actual voodoo. In a future video, Chee hopes to capture the next stage, in which the egg becomes an actual, wiggling tadpole. In the meantime, you can check out his channel to see other time lapse videos, including one called "Don't watch this video if you're scared of spiders."

Update: A lot of folks in our comments (and elsewhere) are asserting that the video is indeed CGI and not a real video, despite the fact that the creator, Francis Chee, has been making nature and time lapse videos since 2009. However, he has just released another video using the same technique that basically picks up where the other left off. It shows the now highly divided egg transforming into a tadpole in another quasi-miraculous production. You're still allowed to have your doubts, but you'd have to be a hell of an animator to create this latest time-lapse.

In this article: cameras, CellDivision, Egg, Frog, medicine, science, Tadpole, TimeLapse, video
All products recommended by Engadget are selected by our editorial team, independent of our parent company. Some of our stories include affiliate links. If you buy something through one of these links, we may earn an affiliate commission.