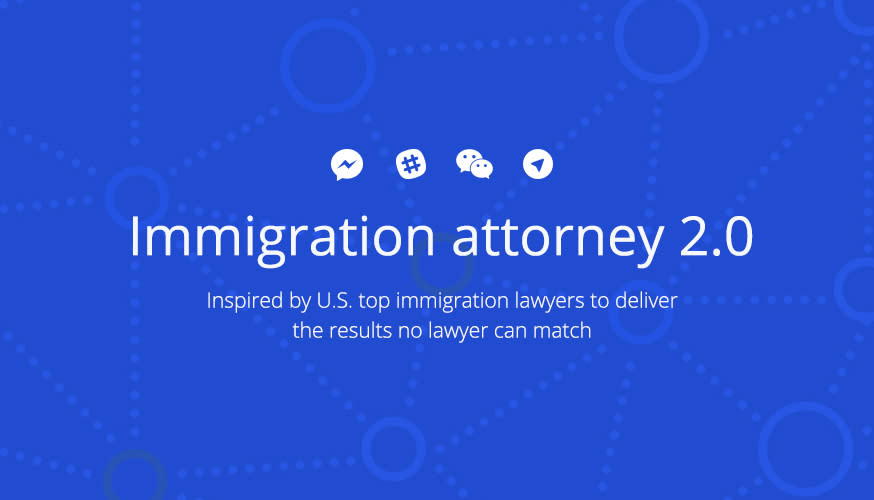 When Visabot went live last November, the Facebook Messenger-based artificial intelligence attempted to simplify the US visa application process and help many people skip the fees associated with a visit to an immigration lawyer. At the time, however, Visabot's conversational approach only supported two types of visas for travel or "exceptional individuals." Now, as promised, Visabot support is adding support for the H-1B visa transfers and applications that many Silicon Valley companies rely on for attracting talent.

As Buzzfeed reports, the H-1B applications won't be supported by Visabot in time for this year's April 3 deadline, but they will be available soon. In the meantime, Visabot does support H-1B transfers -- which should give workers more mobility and prevent them from getting locked into the company that sponsored their visa in the first place. As Buzzfeed explains, it's a common problem for foreign born coders who get hired at major tech firms like Google or Microsoft, but can't afford to leave for a newer startup that doesn't have the time or legal resources to sponsor their visa transfer.

The service isn't only for tech workers, however, and Visabot should be able to help users in any industry with their immigration paperwork. While there's still no guarantee that all users will have their application approved, the company says it has already processed 50,000 visas in just over four months.

In this article: chatbot, culture, facebook, FacebookMessenger, h1-b, immigration, internet, robots, visabot, visas
All products recommended by Engadget are selected by our editorial team, independent of our parent company. Some of our stories include affiliate links. If you buy something through one of these links, we may earn an affiliate commission.