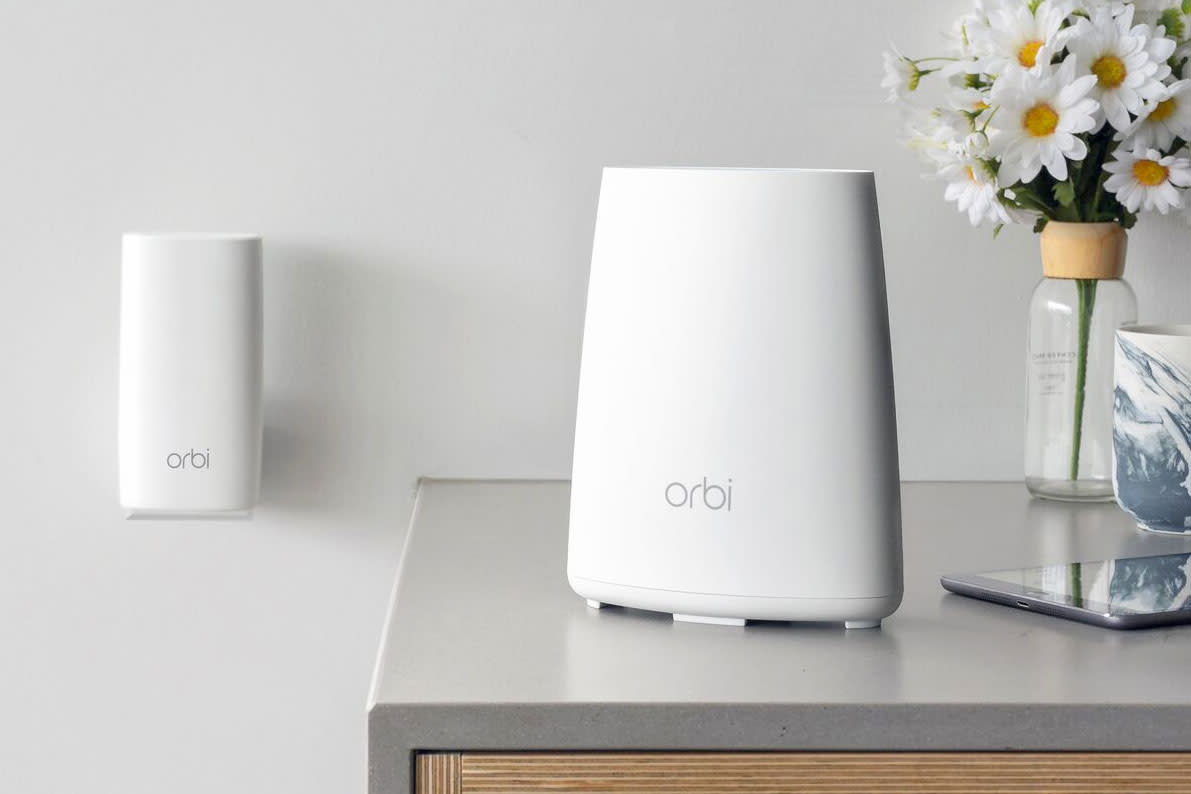 Mesh WiFi networks, which use a handful of base stations to eliminate black spots in your home, are great but for one thing: the price. After all, dropping the better part of $500 on a router set is pretty steep when you've got bills to pay and food to buy. Netgear feels your pain, which is why it's adding a pair of cheaper models to its Orbi range of whole-home routers.

The Orbi, if you weren't aware, costs $400 and comes with a pair of AC3000 units that push data around 5,000 square feet of space. The hardware also contains a tri-band router, with the third band kept back to promote data sharing between the units. That's a step up from the dual-band routers that have peer-to-peer and device traffic going out at the same time.

The new models are romantically-named the RBK40 and RBK30 (the "original" Orbi is codenamed RBK50, fact fans). The RBK40 ditches the AC3000 gear for AC2200 networking, and you'll get coverage over a reduced 4,000 square foot of space. In every other respect, the kit remains the same, so it'll be up to you to decide if $350 is worth paying for a slightly compromised service.

The RBK30, meanwhile, will set you back $300, and ditches the second Orbi device in favor of a wall socket-mounted repeater. In addition to using AC2200, the cheapest model in the range will only cover areas of 3,500 square feet -- making it better suited to smaller homes and apartments. But, then again, if you're already blowing $300 on something, that extra $100 for the flagship gear doesn't seem like much.

In addition to the new gear, you can also buy the individual Orbi repeaters as standalone products if your home is bigger than the top line model can cover. The wall-socket repeater will set you back $150, while the other two are $200 and $250, respectively.

The new Netgear Orbi devices are available today from all good retailers.

In this article: gear, home, Mesh, MeshNetworking, Netgear, NetgearOrbi, Networking, Orbi, WholeHomeWiFi, WiFi, Wireless
All products recommended by Engadget are selected by our editorial team, independent of our parent company. Some of our stories include affiliate links. If you buy something through one of these links, we may earn an affiliate commission.