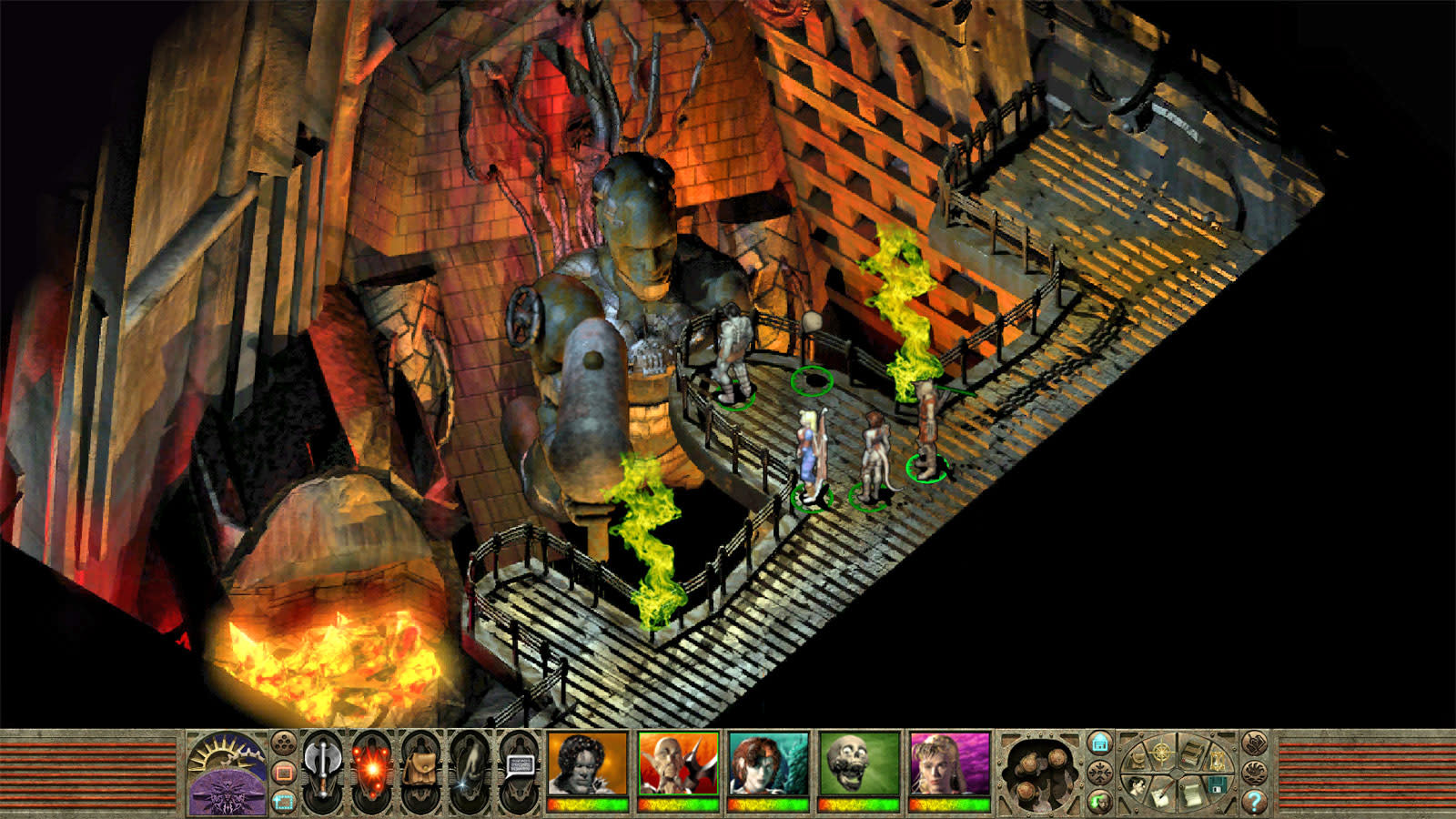 For many veteran gamers, Planescape: Torment was a definitive role-playing title -- it combined an unusual setting with a deep story, memorable dialogue and gameplay mechanics that still hold up. If you're one of those fans, you won't have long to wait to relieve that experience on modern hardware. Beamdog, Hasbro and Wizards of the Coast have revealed that they're launching Planescape: Torment Enhanced Edition on April 11th. As with most better remastering efforts, this involves more than a little spit and polish to make the game run on newer hardware.

The rework polishes the game with a 4K-friendly interface on Macs and Windows PCs, a remastered soundtrack and interface tweaks (such as area zooming and quick looting) that reflect 18 years of progress. It even has the help of lead Torment designer Chris Avellone, who's curating various fixes and upgrades to create his ideal vision of the game. This is also the first version of the RPG built for mobile, with both Android and iOS versions arriving the same day. Suffice it to say that you'll want a tablet if you go that route, since there's a lot of info to juggle at the same time.

Beamdog is releasing the computer versions of Planescape through its own store, GOG, the Mac App Store and Steam for $20. On mobile, you'll be paying $10 through either the App Store or Google Play. We'd say the price is reasonable in either case. Beamdog estimates that a typical playthrough will last for 50 or more hours, and there's a distinct chance you'll be happy whether you're nostalgic for Torment or just want to sink your teeth into a classic Dungeons & Dragons experience.

In this article: android, beamdog, dungeonsanddragons, gaming, hasbro, ios, linux, mac, mobile, personal computing, personalcomputing, planescapetorment, role-playinggame, rpg, video, windows, wizardsofthecoast
All products recommended by Engadget are selected by our editorial team, independent of our parent company. Some of our stories include affiliate links. If you buy something through one of these links, we may earn an affiliate commission.