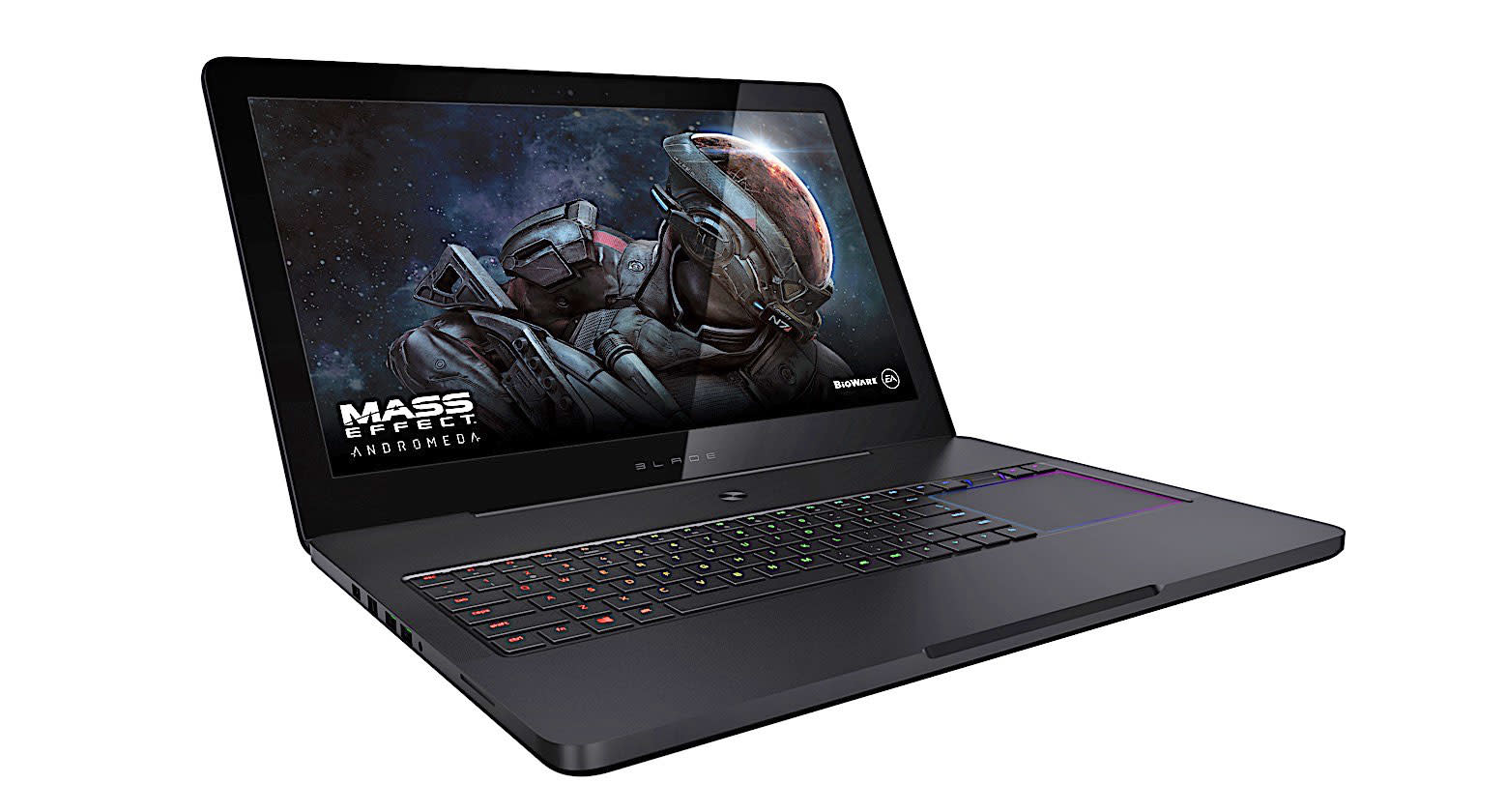 If you've been eyeing one of Razer's "professional gaming laptops" since December, you're going to want to wait just a little bit longer. That's because the company announced today that it's releasing a new iteration of its flagship laptop, the Blade Pro. It now features a seventh-gen quad-core Intel i7 CPU and faster RAM than what was offered on last year's model. Additionally, the new model has earned THX certification for both video and audio.

THX's video certification process was used to calibrate and test the laptop's resolution, color accuracy and playback performance. The sound certification measured voltage output, frequency response, distortion, signal-to-noise ratio and crosstalk for the headphone output. The Blade Pro's video capability is already top notch thanks to its NVIDIA GTX 1080 video card and 4K screen but its speakers are, well, laptop speakers, and there's always room for improvement when it comes to laptop audio.

The THX certification essentially guarantees that the new model will sound (and look) as good as it possibly can. Combined with the laptop's top-of-the-line hardware, this certification cements the Blade Pro's position as both a VR/gaming and design/production rig.

Other than the upgraded CPU and RAM, not much else has changed since since last year's model. The Blade Pro still weighs 7.7 pounds and measures less than an inch thick. It still features Razer's "Chroma" backlighting and has the same short-throw mechanical keys and 17.3-inch display. And, as with last year's model, the updated Pro comes with 32GB of RAM, supports up to 2TB of external RAID 0 storage and offers both USB 3.0 and Thunderbolt 3 ports. 16
In this article: bladepro, certification, CPU, gaming, gear, personal computing, personalcomputing, RAM, Razer, THX
All products recommended by Engadget are selected by our editorial team, independent of our parent company. Some of our stories include affiliate links. If you buy something through one of these links, we may earn an affiliate commission.