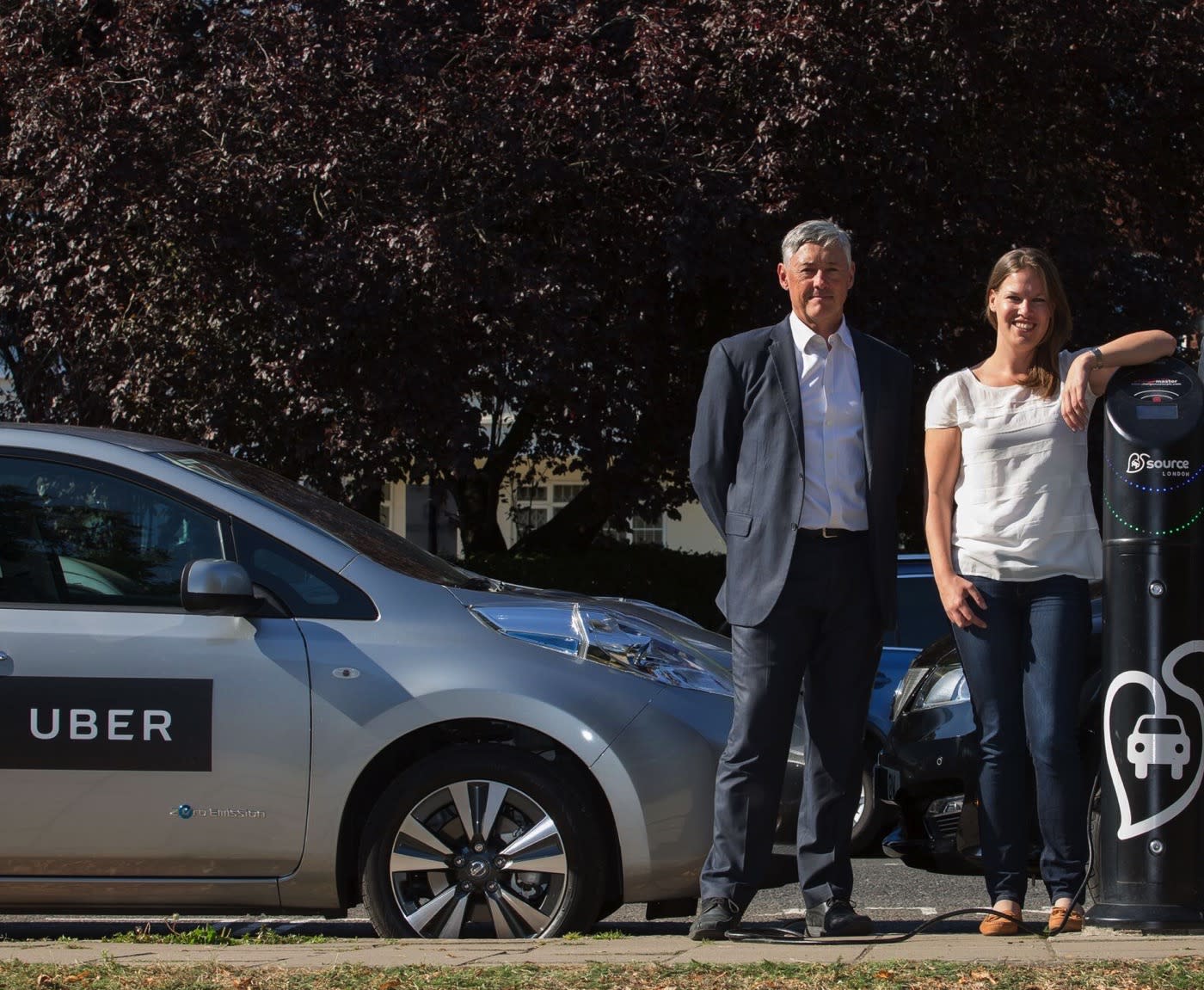 Uber's fleet of electric vehicles in London is set to rise in the coming weeks after the company announced an expansion of its partnership with Nissan. The two companies have committed to deliver an additional 100 Nissan Leaf EVs, trebling the number of green vehicles available via its app. To power them, it'll also build its own charging network in the capital.

In August 2016, Uber announced it had teamed up with Nissan and another car maker, China's BYD. In the following months, the company offered "top-rated drivers" a mix of zero-emission BYD E6s and Nissan Leafs. BYD is having to take a back seat for this announcement, though, as Nissan has confirmed it's ready to deliver the new Leafs from its plant in Sunderland.

While Uber handled the logistics, the Energy Saving Trust (EST) also conducted a three-month study into the EV programme to assess whether it was beneficial for all involved. The full report will be published tomorrow but early figures show that 35,000 riders took a trip in a fully electric car, saving half a metric tonne of nitrous oxide and and 22 metric tonnes of CO2 compared to a hybrid car. However, it did also highlight a number of issues with London's current EV infrastructure. The Energy Saving Trust found that drivers were hampered by a lack of fast-charging stations in central London (it cited just three that were publicly available) and that even if there were chargers nearby, they would be occupied.

This helps explain why Uber has committed to building a network of branded rapid chargers across central London. To begin with, Uber says they'll only be available to drivers who use the Uber app, which doesn't help fix public availability issues in the short term but may contribute in the future.

"We believe that new technology can help tackle the challenge of air pollution in the capital. Londoners already associate Uber with hybrid cars, but we want to go even further with more drivers switching to fully electric ones," said Jo Bertram, Regional General Manager of Uber UK.

"Our vision is for mass adoption of fully electric cars as private hire vehicles but there are some really big challenges we need to overcome. Charging cars can be costly for drivers and there's a serious lack of rapid charging points in central London. We hope the Mayor's forthcoming transport strategy will lead to more chargers which private hire drivers can use."

In this article: culture, electricvehicle, ev, green, london, nissanleaf, transportation, uber
All products recommended by Engadget are selected by our editorial team, independent of our parent company. Some of our stories include affiliate links. If you buy something through one of these links, we may earn an affiliate commission.