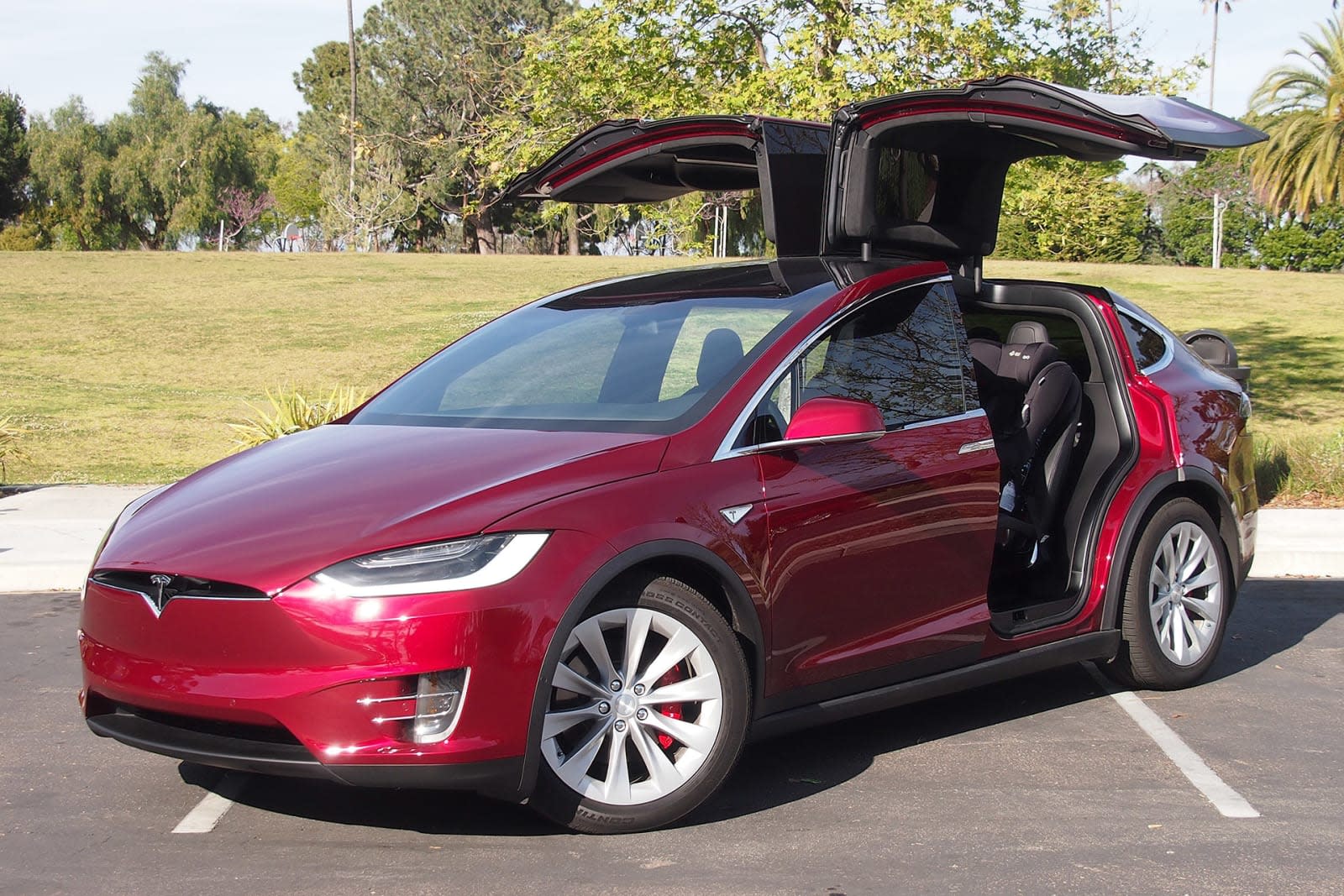 The new Autopilot features have been lurking in Tesla's latest electric vehicles for a few months and now they're ready to go live. For HW2 vehicles we're talking things like the Lane Departure Warning system, Autosteer at much higher speeds (80mph versus the previous 55mph), Auto Lane Change and the Summon feature. Auto Lane Change, as you might expect, will swap lanes after you activate the turn signal while in Autopilot. Summon is pretty self-explanatory as well, activating a self-parking-and-retrieval system that you can control via the Tesla mobile app or your key fob. The newer HW2 vehicles (produced after October 18th, 2016) rolled off the assembly line with better sensors and cameras, but this new patch brings the functionality up to par with the older HW1 models.

If you just downloaded V8.1, tap the the T on center screen three times

Both HW2 and HW1 Model X have few new features as well, like the ability to lower the height of its Falcon doors (for parking in cramped quarters) and more adjustment for the middle-row seat. In terms of creature comforts for both the HW1 and HW2 vehicles the onboard Maps app will display more info about businesses including operating hours, address and phone number. Headrests can be adjusted now as well, and the vehicle will curate a radio station based on what you've listened to and given the old thumbs up to.

The 8.1 update is rolling out domestically today, with worldwide availability coming throughout the week. With this patch and the features that preceded it, we're seeing the steps Tesla is making toward delivering truly autonomous driving.

And being the nerd that CEO Elon Musk is, he hasn't been able to keep the existence of another Easter egg to himself. As Electrek reports, tapping the T in the center screen three times will open up a sketchpad. Handy!

Update: The article originally stated that Tesla's Autosteer worked up to 90mph, but it's only engaged at 80mph and below. We've updated it with the correct info.

In this article: 8.1, autopilot, autosteer, gear, models, modelx, summon, tesla, tesla8.1, transportation, update
All products recommended by Engadget are selected by our editorial team, independent of our parent company. Some of our stories include affiliate links. If you buy something through one of these links, we may earn an affiliate commission.