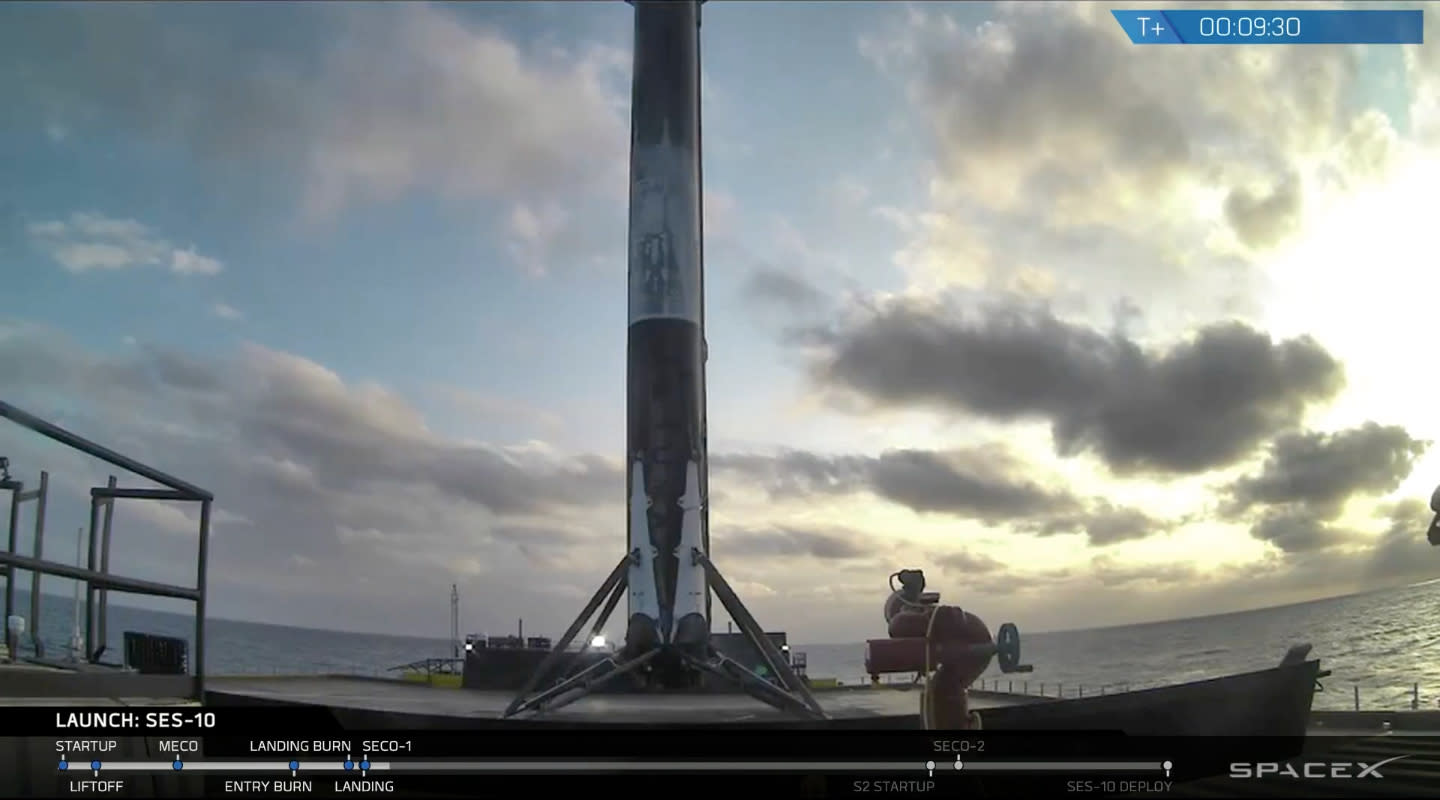 Today's SpaceX launch will be logged in the history books as the first time a flight-proven orbital class rocket has successfully been relaunched and returned to Earth. "We just had an incredible day today," CEO Elon Musk said after the first stage Falcon 9 rocket made a clean landing "right in the bullseye" on the droneship Of Course I Still Love You. "This is gonna be ultimately a huge revolution in spaceflight," Musk said. "It's been 15 years to get to this point. I'm sort of at a loss for words. It's been a great day for SpaceX and space exploration as a whole."

Stage 1 of the Falcon 9 rocket that launched today was first used to boost a Dragon vehicle on a supply run to the International Space Station. The same rocket was also the first to successfully land on SpaceX's drone barge. The first stage represents about 80 percent of the cost of a rocket launch, so when Musk describes the next era in space exploration, he is referring to the new opportunities that will come with the significant cost savings.

Falcon 9 first stage has landed on Of Course I Still Love You — world's first reflight of an orbital class rocket.

Meanwhile, the SES-10 vehicle that topped today's rocket launch will go on to a geostationary orbit where it will deliver direct-to-home broadcasting, broadband and mobile services in Mexico, the Caribbean, Central America and South America.

In this article: elonmusk, falcon9, science, ses-10, space, spacex
All products recommended by Engadget are selected by our editorial team, independent of our parent company. Some of our stories include affiliate links. If you buy something through one of these links, we may earn an affiliate commission.