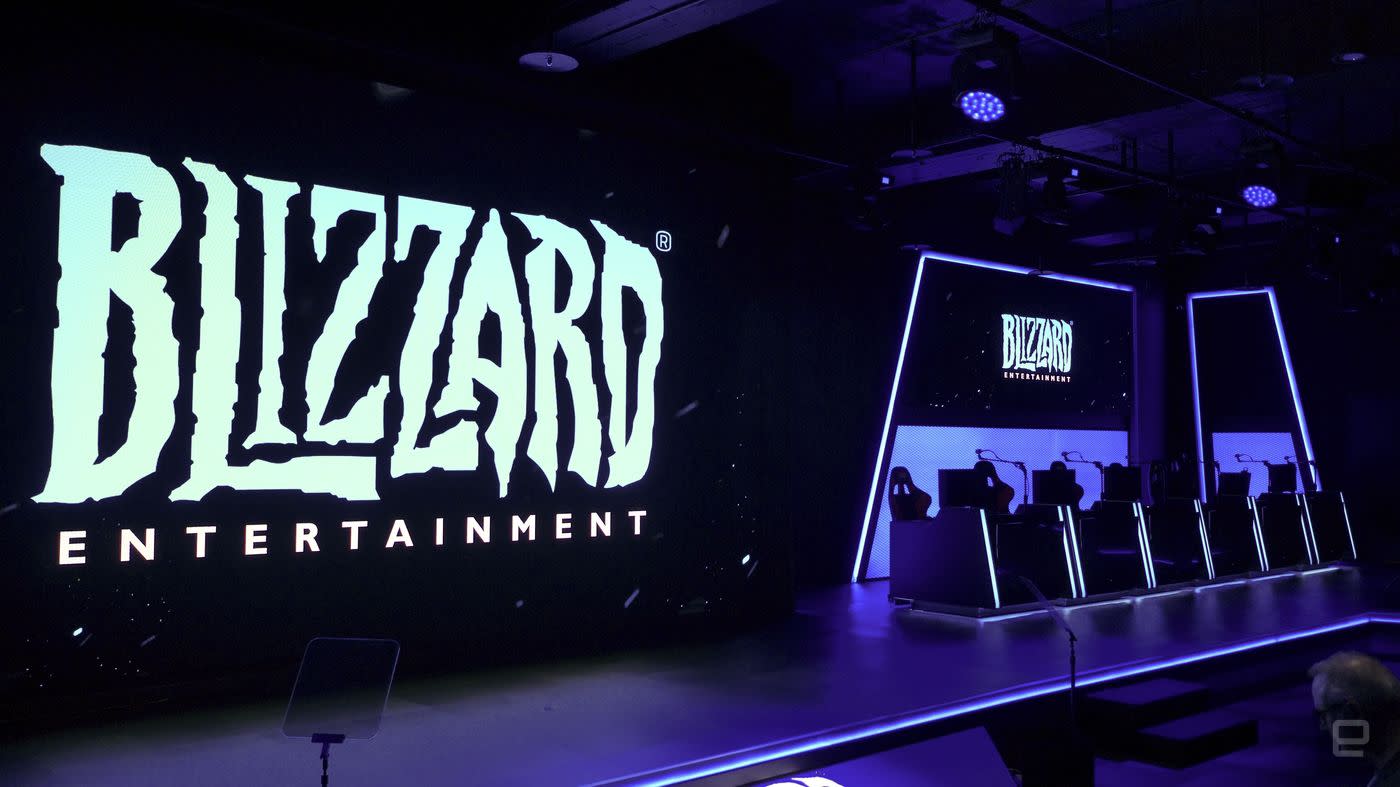 Blizzard had a formative role shaping the strategy and MOBA titles that dominate eSports today. But the studio didn't really dive into competitive events until it started devoting floorspace to its own tournaments at BlizzCon 2009. Now the gaming titan is moving up from its annual weekend convention to open its first permanent competitive gaming space, a plush eSports arena fronted by a snack bar and memorabilia shop. And it'll be in Taipei. The Blizzard eStadium, as it's named, seats up to 250 fans. Our Engadget colleagues got a tour of the event center, which the company will use to host both local matches and international tournaments for the Asia-Pacific region. While we only managed to snag photos of the company swag up for sale at the venue's shop, it's a good bet that their snack bar will be stocked with jokey goods matching Blizzard's particular sense of humor.

Blizzard will break in the eStadium on April 8th with the first games in the Overwatch Pacific Championship, the studio-run competitive league based in Taipei. Eight teams from Taiwan, Japan, Australia and Thailand will compete for 11 weeks, with the top three advancing to the playoffs and, eventually, this year's Overwatch World Cup. The venue will expand to host matches from other games in Blizzard's competitive retinue, like Hearthstone and Starcraft 2. Maybe one day, we'll even see the remastered Starcraft: Brood War grace its fresh gamer halls -- a perfect mix of old nerdity and new.

In this article: av, blizzard, esports, esportsarena, gaming, taiwan, venue
All products recommended by Engadget are selected by our editorial team, independent of our parent company. Some of our stories include affiliate links. If you buy something through one of these links, we may earn an affiliate commission.