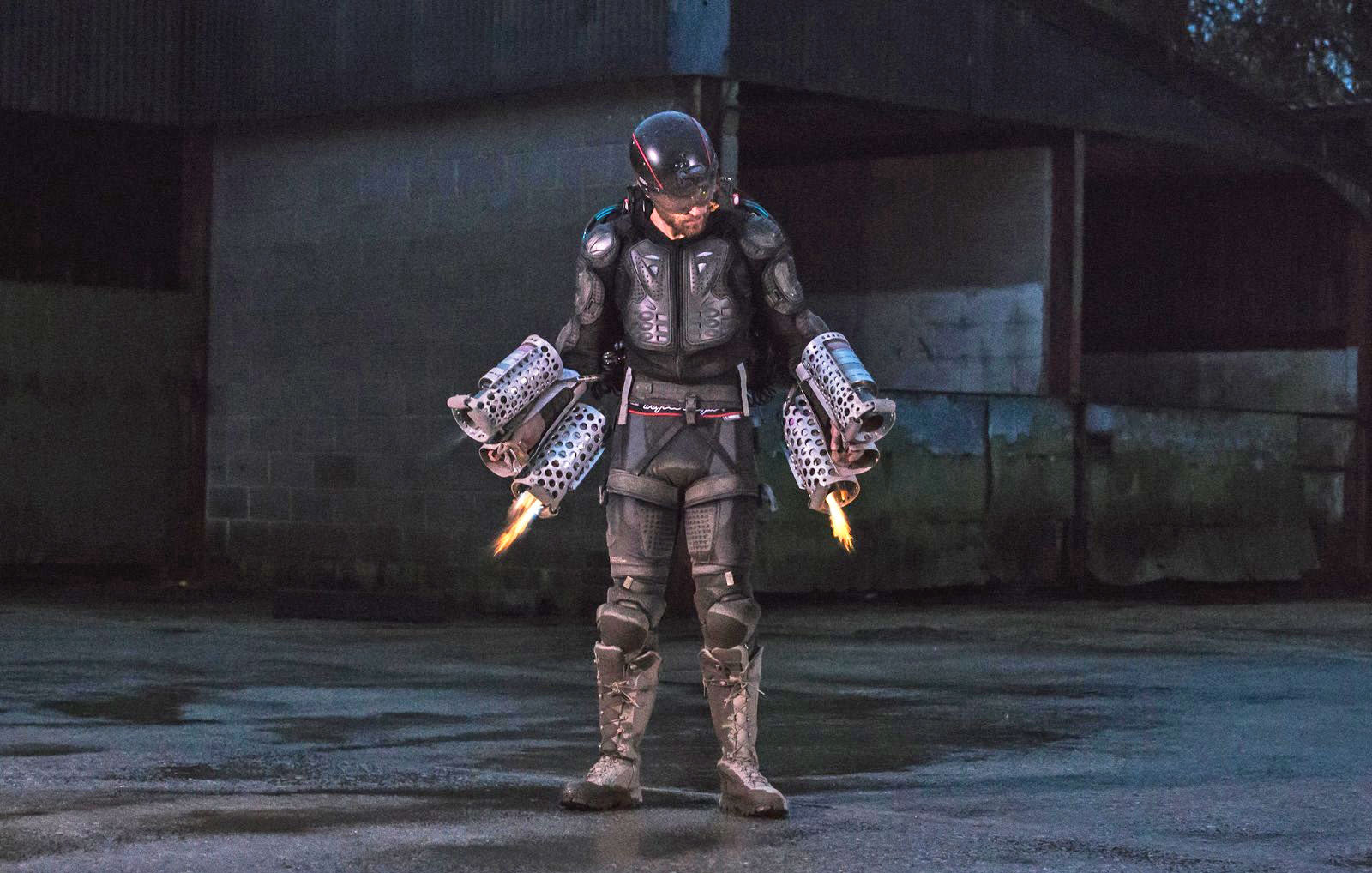 Remember the, insane record-shattering flight of a jet-powered hoverboard? UK inventor Richard Browning thought that riding on top of a jet pack wasn't crazy enough, so he strapped six kerosene-powered microjets to his arms. That transformed him into a bargain store Iron Man, helping him get off the ground in what looks like the most dangerous way ever.

Each motor produces about 22kg (46 pounds) of force, so six are more than enough to heft Browning aloft. The device cost him £40,000 ($50,000) to build, but some of that cost was offset thanks to investors and partners like Red Bull.

"I can just strap this on and go flying at a moment's notice," Browning told Techcrunch, adding that a mountain bike was more dangerous. Judging by the footage of his early trials, however, his rig "Daedelus" looks insane on multiple levels. Powered by kerosene jet fuel, it looks like the fiery explosion would kill you if the crash or fall didn't, judging by the videos detailing his training (below).

However, Browning downplayed the danger, saying it's designed to go low and slow (walking speed and no more than 6-10 feet above ground), and uses a dead-man's switch that stops everything when not pressed. As for the kerosene, he says it's really not explosive or flammable in the relatively small quantities he uses. "If I fell in some unimaginably bad way and somehow burst my robust fuel system, I would just leak it very slowly on the floor," he says. There are also at least two people on hand with fire extinguishers during each test flight, and he wears a fire-proof suit.

After trying the suit with the rockets on both his legs and arms, he switched to an arms-only approach. That works well for him as an ex-Royal Marine and fitness enthusiast, but it would probably tire the average person's arms rather quickly.

In comparison with Franky Zapata's Guiness World Record-setting mile-and-a-half flight, the video flights (below) are pretty disappointing. Browning does eventually fly near the ground in a warehouse, as shown in the Red Bull video below. He controls the flight just by pointing his arms, in a process he equates to riding a bike. "If you let go, your brain does the rest."

Browning recently added a Sony-built heads-up display that can show fuel levels. Prior to that, he had to ask family members to feel the back-mounted tank "and judge by their facial expression" how much was left, he told Wired. The aim is to eventually build a device that could be used by rescue or military personnel, but for now Browning is just doing exhibitions, perfecting the device and hopefully staying in one piece while doing so.

Browning's even building a miniature, drone-powered model for his kids, too. As such, he really should rethink the name of his jet-powered craft -- Daedelus is the mythic Greek father of the original flying man and famous crash-and-burn victim, Icarus.

In this article: Daedelus, gear, Gravity, IronMan, JetPack, RedBull, RichardBrowning, transportation, video
All products recommended by Engadget are selected by our editorial team, independent of our parent company. Some of our stories include affiliate links. If you buy something through one of these links, we may earn an affiliate commission.