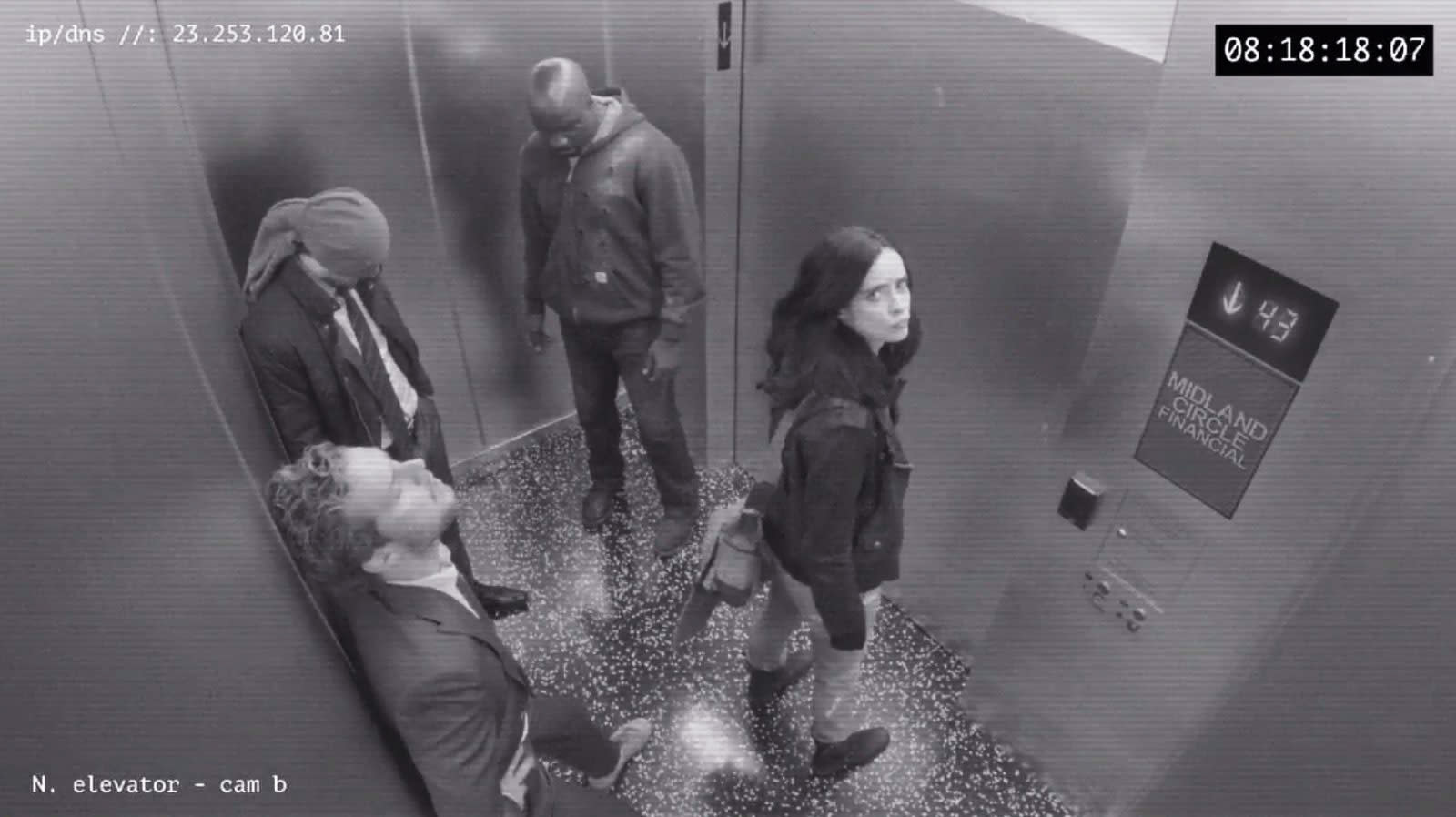 Netflix has a healthy roster of Marvel shows at the moment with the likes of Iron Fist, Daredevil, Jessica Jones and Luke Cage. Those worlds are about to be consolidated, as the titular characters are set to team up for Netflix's The Defenders later this year. Today, we found out when exactly that's going to happen thanks to a cryptic teaser video.

The 15-second clip was posted earlier today, but has since been removed (although it's been re-uploaded by unofficial sources). The black and white video is stylized as elevator security footage and shows the four heroes just standing there. Aside from Jones noticing the camera and destroying it, not much happens in the video, but it's the details that give us some real information.

The video ends with a timestamp of "08:18:20:07" displayed in the upper right corner, suggesting that the series will premiere on August 18th. That suspicion is confirmed by visiting http://23.253.120.81 (based on the IP address in the top left of the video). This takes you to a website for the fictional New York Bulletin, where Daredevil's Karen Page works. At the very bottom of the page, the site's footer confirms that all episodes of The Defenders will be available on Netflix beginning August 18th.

As we already know, this new series doesn't mean the end of the shows it's based on. Netflix chief content officer Ted Sarandos said this past summer that after The Defenders, the existing Marvel shows and upcoming Daredevil spinoff The Punisher will get new episodes, likely in 2018 at the earliest.

In this article: av, daredevil, entertainment, IronFist, jessicajones, lukeCage, marvel, netflix, TheDefenders
All products recommended by Engadget are selected by our editorial team, independent of our parent company. Some of our stories include affiliate links. If you buy something through one of these links, we may earn an affiliate commission.