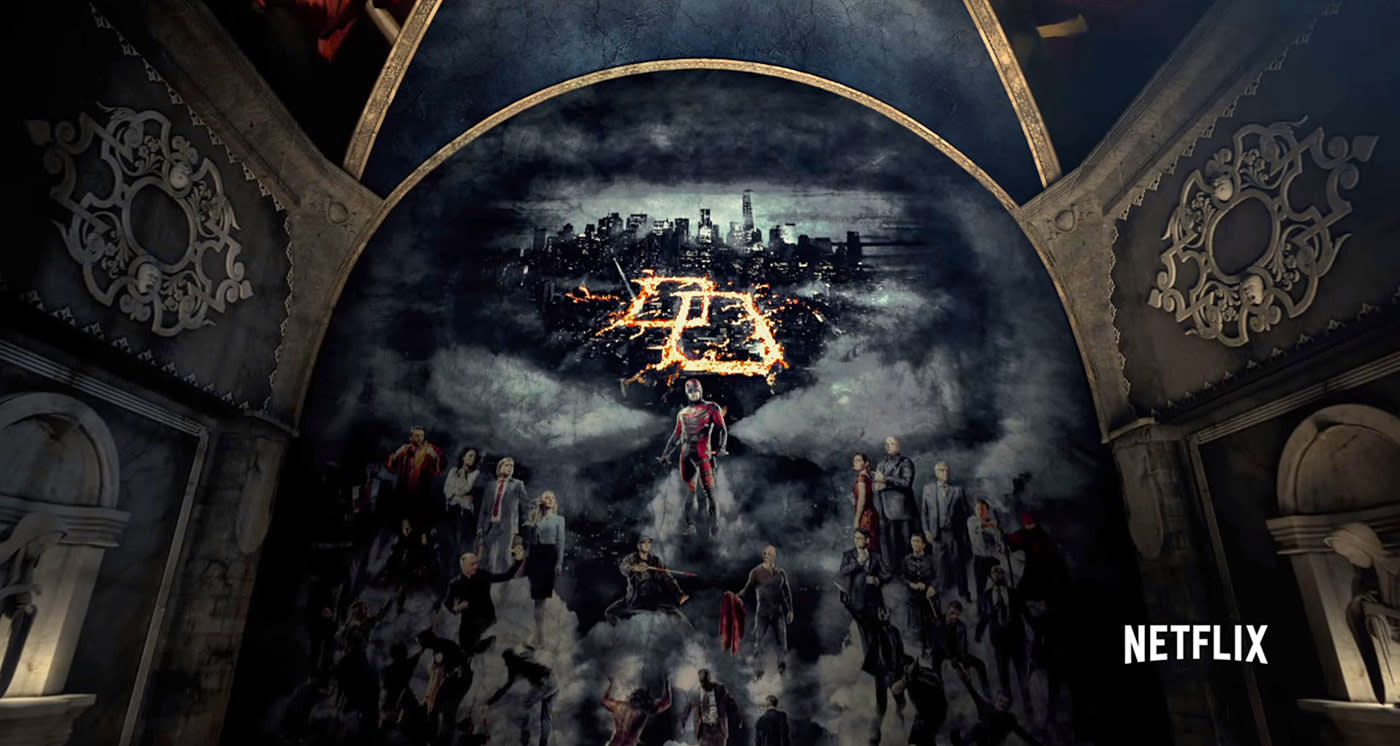 Netflix has revealed that Daredevil, one of its best-received original series, will launch its second season on March 18th. The rumor mill had the date as March 25th, but the streaming company perhaps wanted to move it to avoid the highly anticipated film premiere of Batman vs. Superman from Marvel rival DC. The upcoming season will feature classic Daredevil baddy Frank Castle, aka the Punisher (Jon Bernthal), and long-time love interest Elektra (Elodie Yung).

So far, Netflix has launched two of the expected Marvel series, Daredevil and Jessica Jones, and will debut Luke Cage (who briefly appeared in Jessica Jones) later this year. Iron Fist is expected to launch in 2017, and Defenders, a series featuring all three heroes, may come later as well. The streaming company has done top-shelf work with the less-known corners of the Marvel Universe, as both Daredevil and Jessica Jones received critical raves. We'll have to see if it can keep up the quality, but now that Netflix is in 130 more countries, it needs all the content it can get.

In this article: av, Daredevil, entertainment, Marvel, Netflix, Streaming
All products recommended by Engadget are selected by our editorial team, independent of our parent company. Some of our stories include affiliate links. If you buy something through one of these links, we may earn an affiliate commission.