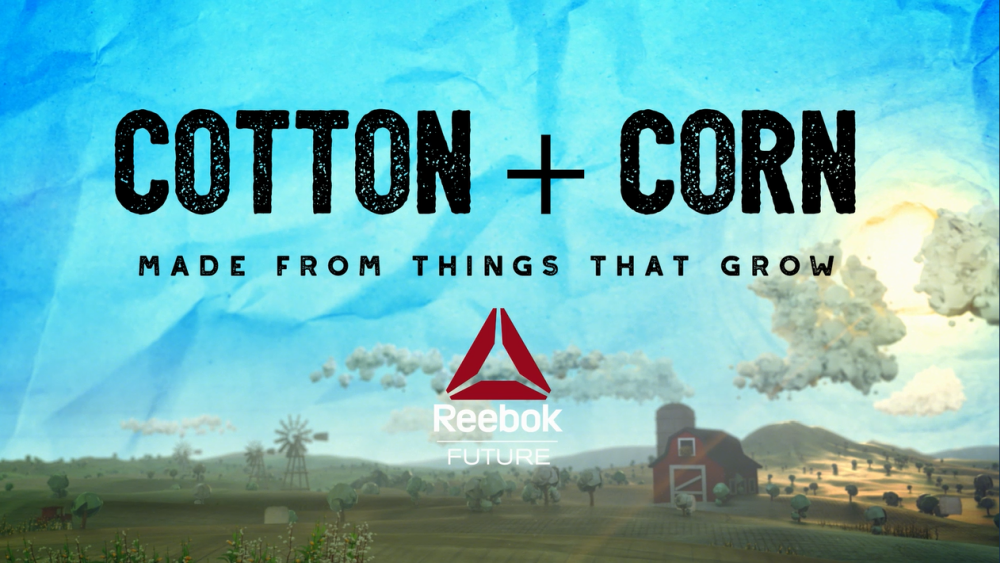 While others try shoes that lace themselves or have 3D printed soles, Reebok will have "plant-based" footwear on shelves this year. Adidas already sold a sneaker produced from ocean-plastic, but Reebok's "Cotton + Corn" push is focused on shoes that are made from sustainable, growing materials, that can even be used as compost after they're worn out.

According to Reebok Future head Bill McInnis "We like to say, we are 'growing shoes' here at Reebok. Ultimately, our goal is to create a broad selection of bio-based footwear that can be composted after use. We'll then use that compost as part of the soil to grow the materials for the next range of shoes. We want to take the entire cycle into account; to go from dust to dust."

While the shoe itself won't arrive until later this year, Reebok says it's using DuPont's Susterra Propanediol to create the sole. It originates from "non-food source" industrially grown corn, while the upper will be made of organic cotton. Last year, the Future department the Liquid Speed shoes made with 3D drawing technology, and this next project will fit right alongside them. More importantly, McInnis claims this is "just the beginning," and expects to use it as a blueprint moving forward.

In this article: compost, corn, cotton, Dupon, gear, green, propanediol, recycle, Reebok, shoes, sneakers, susterra
All products recommended by Engadget are selected by our editorial team, independent of our parent company. Some of our stories include affiliate links. If you buy something through one of these links, we may earn an affiliate commission.