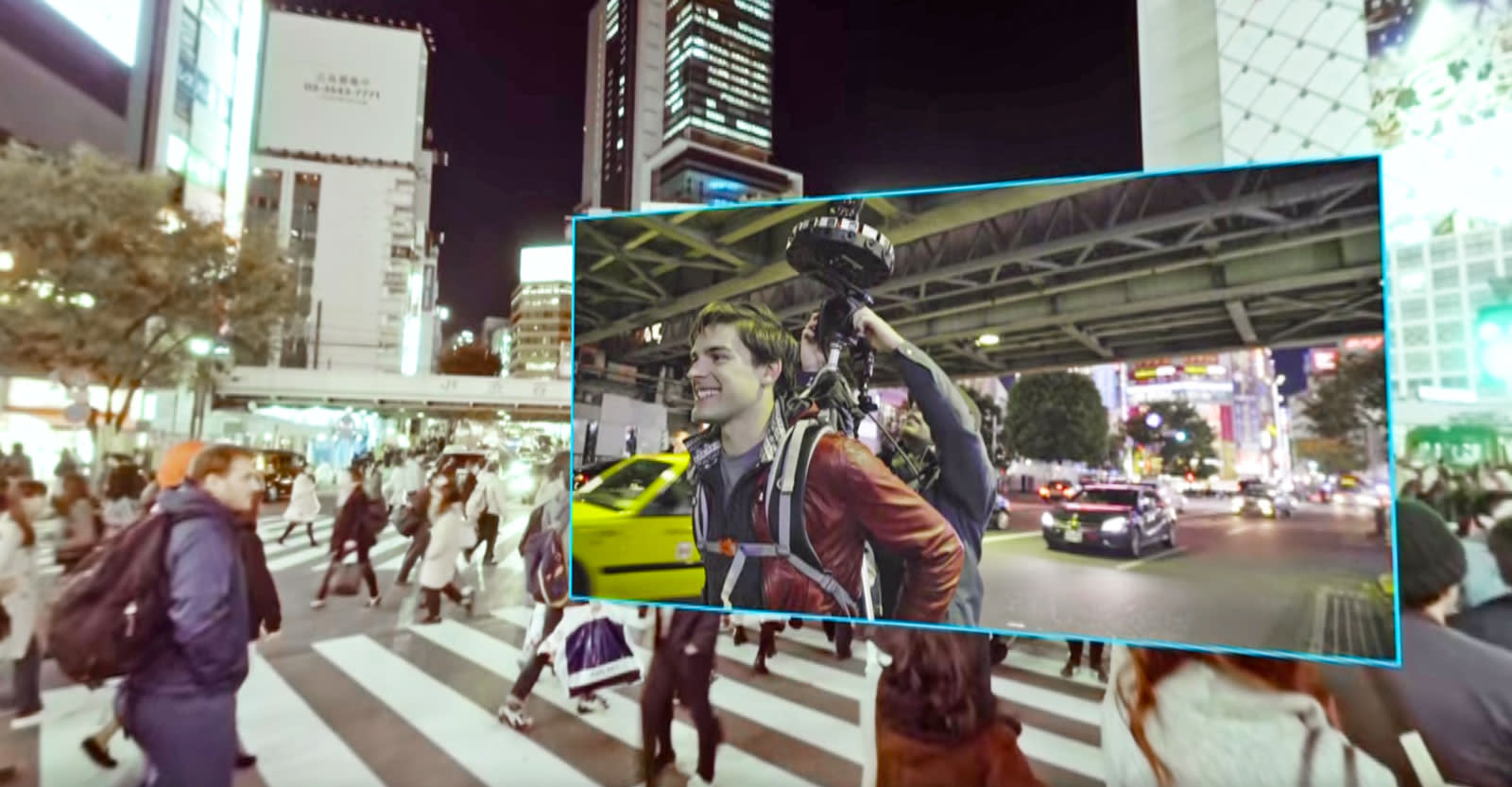 Matthew Patrick is best known as the guy on YouTube who uses math, science and rabid curiosity to build intense, unexpected narratives from the stray plot threads of movies and video games. As the Game Theorists' MatPat, he asks if Mario is secretly a sociopath and questions if Sega's blue hedgehog really is the fastest mascot in gaming -- and then backs up his allegations by covertly teaching viewers about actual psychology and the speed of sound. Now he's expanding his passion for making entertainment educational with a travel show called The Global Gamer. Oh, and he's doing it in 360-degree virtual reality -- and you can watch the launch exclusively right here on Engadget.

The Global Gamer is one part passion for travel and one part YouTube content deal. "It was a converging of a lot of worlds," Patrick told Engadget. The idea for a gamer-orientated travel show had been germinating in his mind for a while. "My wife and I were really passionate about traveling internationally and experiencing new cultures," he said. "If we could translate those experiences through the lens of gaming and get other people -- younger, digital-first audiences -- excited about learning about different cultures through the lens of gaming, that was kind of our goal with this series." When Google approached The Game Theorists about working on a show for its Daydream initiative, The Global Gamer seemed like the perfect fit. With Google's 8K Jump VR cameras, the program could do more than just show gamers other cultures around the world -- it could bring them along for the ride.

Despite the backing of Google's Daydream team, 360-degree video is a relatively new idea, and Patrick is well aware of its growing pains. "Honestly, this whole thing is a big experiment," he says. From his work on the 360 segments of GameLab -- his YouTube Red show -- Patrick knows that VR videos have significantly lower engagement than traditional 2D viewing experiences. The audience just isn't sure how to approach the content. "They start to suffer from decision fatigue," he says, "and their minds start to wander because they have to be an active participant in the 360 experience.

"It goes to that whole idea that they're deciding what they're looking at at any given point," he says, likening the production of 360 video to directing for the theatrical stage. The camera captures everything around the scene, not just its focal point. "You can't necessarily control where the audience is looking at any given moment, but you always want to have a clear throughline of action or movement or sound to guide them." The Global Gamer does this by deftly balancing the 360-VR experience with a more traditional viewing paradigm. Yes, this travel adventure is best when viewed through a phone or browser to explore the 360 environment, or, better still, in a VR headset like Daydream -- but if you pull the video up on a TV, you won't miss out on the core experience. If the subject of a scene walks out of view, something appropriate almost always fills the space, be it a bisected scene that matches the ongoing narration, a graphic that illustrates the point or just a pop-up window in the center of the screen showing viewers what they would be seeing if they had followed the subject out of frame.

This makes the content work without the 360 trick, but it's still an experience tailor-made for immersive viewing. Patrick's journey between the shrines and cultural practices of old Japan and the arcades and fashion worlds of modern Japan is cut so the viewer almost feels like she's hanging out with a friend in a tour group. As the video walks through the busy marketplace of Senso-Ji temple, the viewer has the option to look away from Patrick's narration and explore the shops, admire the shrine architecture or watch the tourists gawk at the 360 camera driving the experience -- all while listening in on the conversation of her digital peers. "It's our hope and our goal that we were able to create something that's compelling enough to get people excited about immersing themselves for that long of a period, with each episode being 20 minutes or so." Patrick admits that's a long time, but stresses the importance of figuring out how to make a 360 documentary format that works for long sessions.

If it turns out that the show can't keep viewers hooked for that long, The Global Gamer may fall back to a traditional format, but the immersive elements aren't going away. "If we do end up seeing that, a 20-minute watch session for an episode is still a lot to ask of a viewer right now with the technology currently as it is, let's dial that back to a more traditional 2D and select a really great couple of shots from the shrine, or put them in the middle of a kendo battle ... either way, it works for the format. It's really just kind of basing it off what the audience is ready for." In any case, Patrick doesn't see the series ending anytime soon, even if he does tweak the format. "At this point, gaming is an international language," he says. "But the way that individual cultures choose to game really says a lot. The types of games they like to play really says a lot about their cultural backgrounds." For Japan, the show explored the roots of Japanese culture and how that connects to rhythm games, but Patrick has plenty of other ideas -- including a look behind South Korea's thriving eSports industry, how Brazil's love of football ties into a culture built up around FIFA video games, and how Australia's strict censorship laws drastically change the gaming experience for locals.

"These stories have never been told because gaming was never really considered a serious topic of research and exploration and, quite frankly, cultural identity," Patrick said. The popularity of online programming around games is changing that, however. "It's an interesting filter to look at all these different countries."

MatPat's Global Gamer can be found on The Game Theorists YouTube channel, with the first episode debuting right here on Engadget.