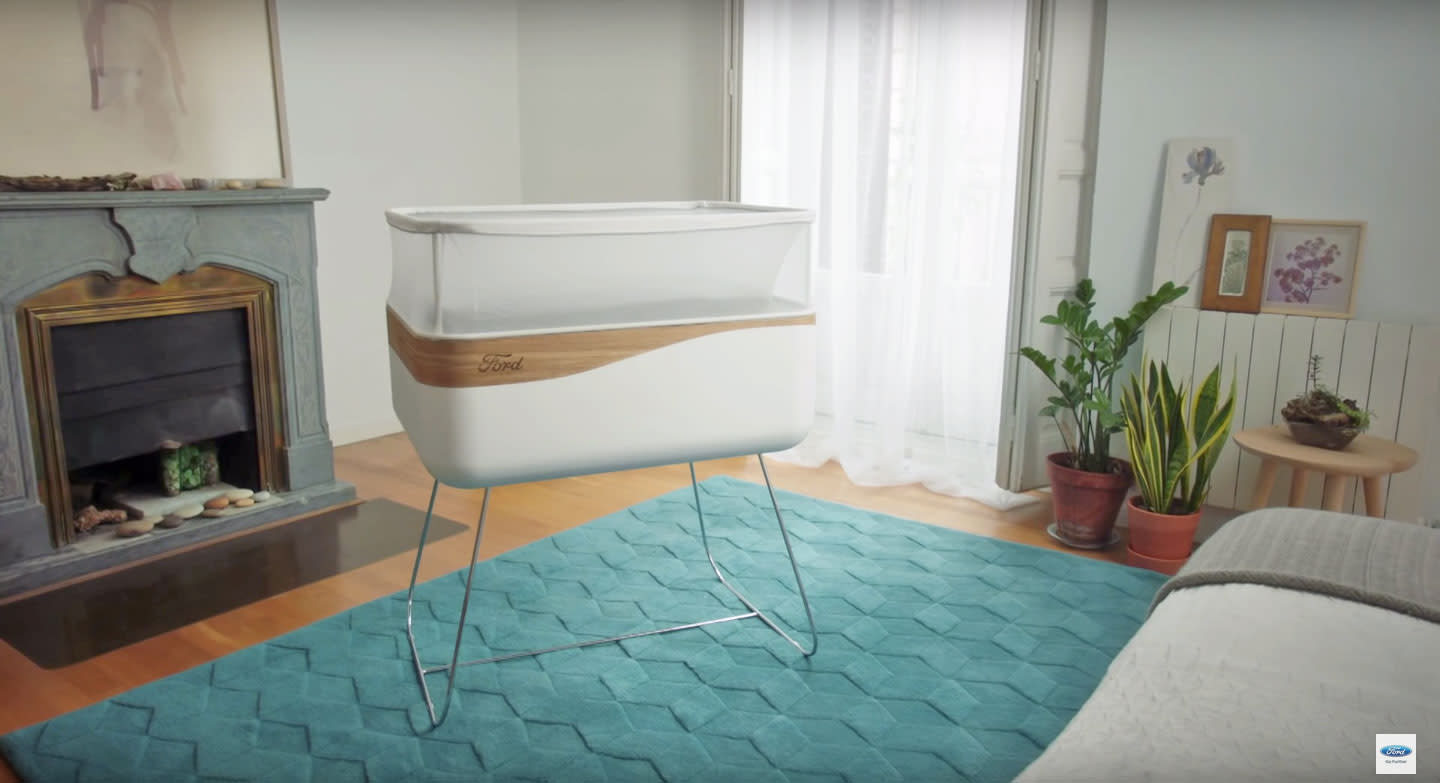 When it comes to getting a baby to fall asleep, sometimes a car ride is the only thing that will do the trick. I know that all too well because that's the tactic my parents used when I was a tyke. Of course, cranking up the car driving around just to get your child to nap burns fuel, so Ford designers in Spain developed a baby crib that simulates the experience of a ride in the backseat. Officially dubbed Max Motor Dreams, the bassinet-sized device features muffled engine noise, gentle movements similar to a car ride and LEDs that move to simulate the glow of passing street lights. There's also an app that tracks your car's unique sounds and movements from your route before sending them to the high-tech crib. That means the familiar feel of a trip around the neighborhood will be what your baby experiences here rather than a generic simulation.

While Ford is reproducing a car ride here, we've seen smart cribs in the past. The Snoo smart sleeper mimics the sounds of a mother's womb while keeping a baby from rolling over into a dangerous position. It also has built-in microphones so you can monitor you child from the next room and it can gently rock a little one to sleep.

If you're already considering a Max Motor Dreams of your own, you'll have to wait a while. Roadshow reports Ford only built one so far, but if there's enough demand for the smart crib, the automaker says it will consider a full production run in the future. The company's Spanish arm is holding a raffle which customers can enter if they sign up to test drive one of Ford's Max vehicles.

In this article: babies, baby, cot, crib, ford, gear, home, maxmotordreams, nap, nappynapnapnap, sleep, transportation
All products recommended by Engadget are selected by our editorial team, independent of our parent company. Some of our stories include affiliate links. If you buy something through one of these links, we may earn an affiliate commission.