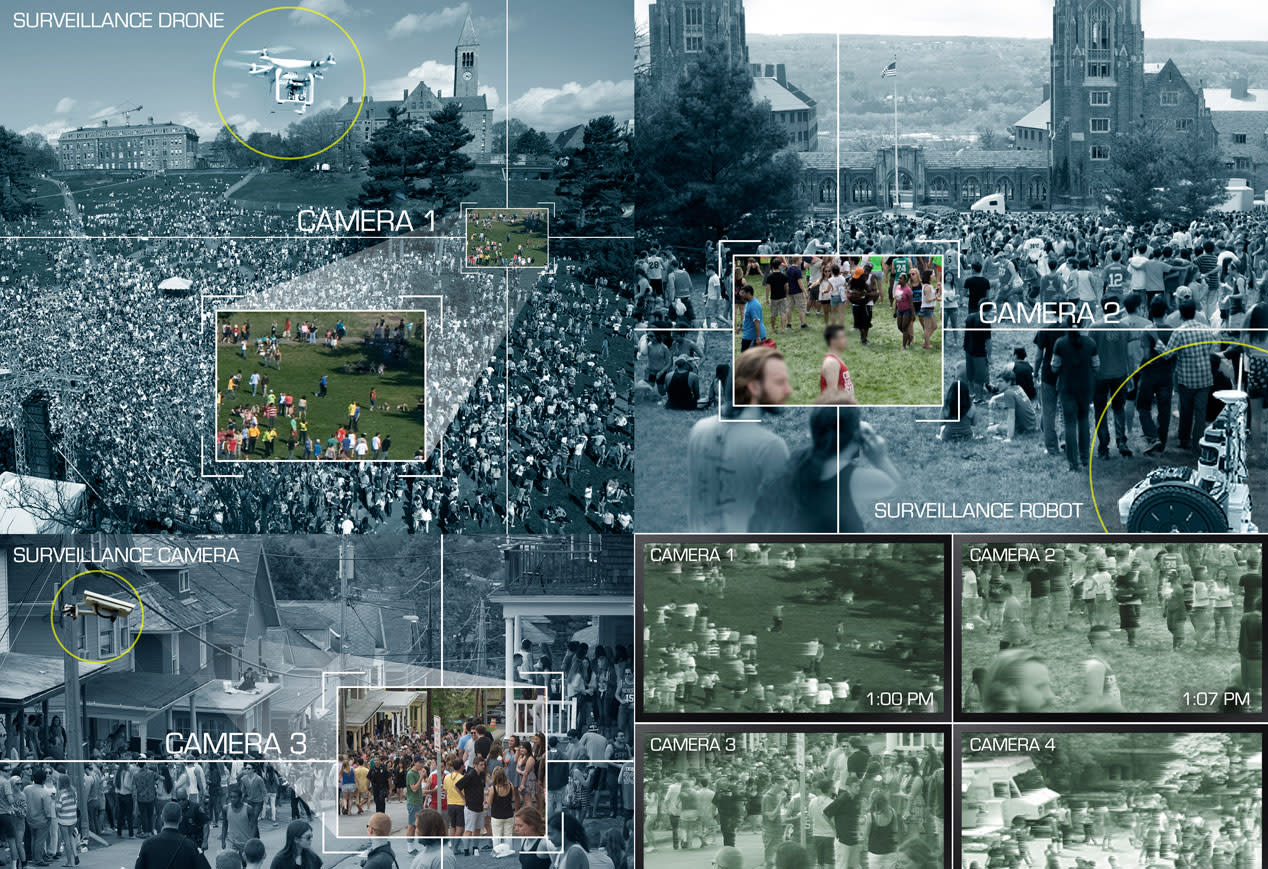 Computers are getting better at spotting objects, but they tend to work in isolation. What good would a security robot be if it couldn't share info about an intruder with other machines? Cornell scientists might have an answer. They're designing a system that would let robots and other autonomous devices cooperate with each other on identifying and tracking objects. Each bot would send its imagery to a central unit that could talk to both other camera systems and the internet to help identify objects. The group would combine and compare images to follow objects and collect more information about them, getting more data than they would if they did all the work by themselves.

For instance, a robot might detect a suspicious person racing through a crowd. The team could follow this person wherever they go, using a planning feature to determine which cameras are needed and where robots need to go to get a better look.

There's a lot of work still to be done. Cornell has yet to finish a system that it can test, let alone put it into service. However, it would likely be useful for far more than building security. The US Office of Naval Research is backing the project, and there's hopes that the Navy could use this to coordinate drones. No matter how this gets used, it's reasonable to say that automatons won't be lone wolves for too much longer.

In this article: ai, artificialintelligence, computervision, cooperation, CornellUniversity, navy, OfficeOfNavalResearch, onr, robot, robots, science, surveillance, usnavy
All products recommended by Engadget are selected by our editorial team, independent of our parent company. Some of our stories include affiliate links. If you buy something through one of these links, we may earn an affiliate commission.