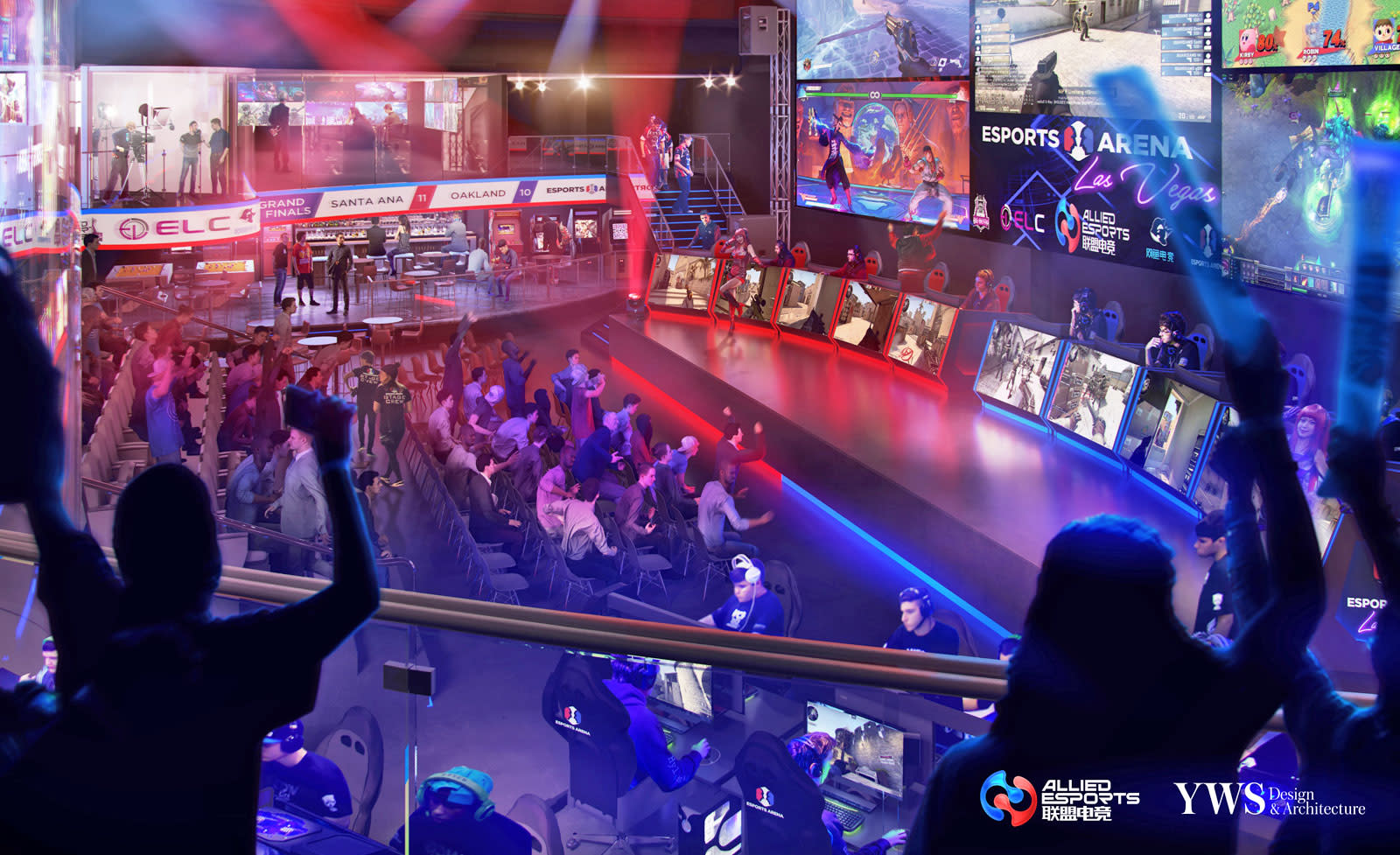 Las Vegas is quickly becoming a hotbed for virtual sports. Allied Esports and Esports Arena have unveiled plans to turn a 30,000 square foot nightclub at the Luxor Hotel and Casino into the Vegas Strip's first permanent eSports venue. The "multi-level" arena will pack expected amenities like a stage, a massive video wall and a broadcast studio, but it will also be equipped for more mundane uses through "daily gaming stations" and its own food and drink offerings. You won't need to wait for the next major tournament to show up, in other words. The location should be ready for business in early 2018.

This definitely isn't the first venue for either Allied Esports or Esports Arena, both of which have established or announced facilities in California, China and Europe. Combined with efforts from Downtown Grand, though, it's clear that some Vegas hotel operators see eSports as the next big draw to the city. Gambling isn't as lucrative it used to be -- the Strip took a slight loss in 2016, and that's partly due to younger visitors who avoid the slot machines, assuming they even come in the first place. Competitive gaming theoretically gives you a reason to visit the Strip when you otherwise wouldn't come, and it could have you spending money at the casino that you'd normally save for a rainy day.

In this article: alliedesports, av, entertainment, esports, esportsarena, games, gaming, lasvegas, luxor, personal computing, personalcomputing, sports, video, videogames
All products recommended by Engadget are selected by our editorial team, independent of our parent company. Some of our stories include affiliate links. If you buy something through one of these links, we may earn an affiliate commission.