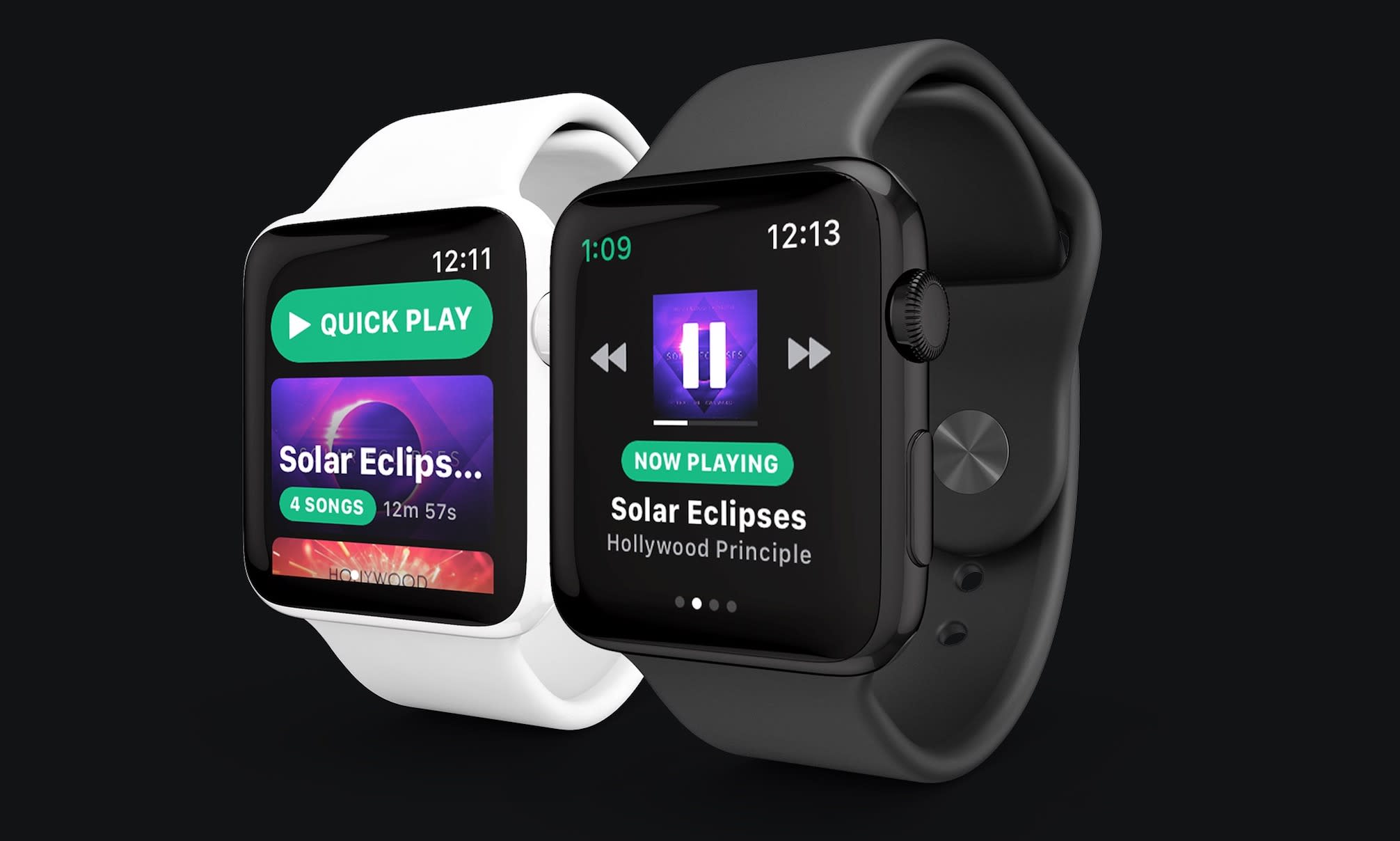 If you're an Apple Watch owner, you might be wondering why there's no Spotify app for your favorite wrist computer. Developer Andrew Chang aimed to remedy that oversight with his own app, Snowy. Back in February, though, Chang was contacted by Spotify, who thought that the app, then called Spotty, was too much like Spotify in its name and interface. However, the company must've been impressed with Chang's work. Now it's hired him to work on an official app.

Snowy was slated to have some great features, too, including Siri support, swipe-based playback controls, and watch face complications. There were even plans for offline sync capabilities, which would give you the ability to download playlists to your Apple Watch for music on the go without a connected iPhone. We can only hope that these features come to the official release.

There's no word on a release date for Spotify's own wrist-based entry, or whether Chang will suspend development on Snowy (though that would make sense). If nothing else, Apple Watch owners can look forward to finally having Spotify's 30 million tracks on their wrist.We've reached out to Spotify and Andrew Chang.

Unfortunately, we don't have any more details since both Spotify and Change declined to comment.

Update: The story has been updated to reflect responses to our request for comment.

In this article: apple, applewatch, gadgetry, gadgets, gear, internet, services, snowy, spotify, wearables
All products recommended by Engadget are selected by our editorial team, independent of our parent company. Some of our stories include affiliate links. If you buy something through one of these links, we may earn an affiliate commission.