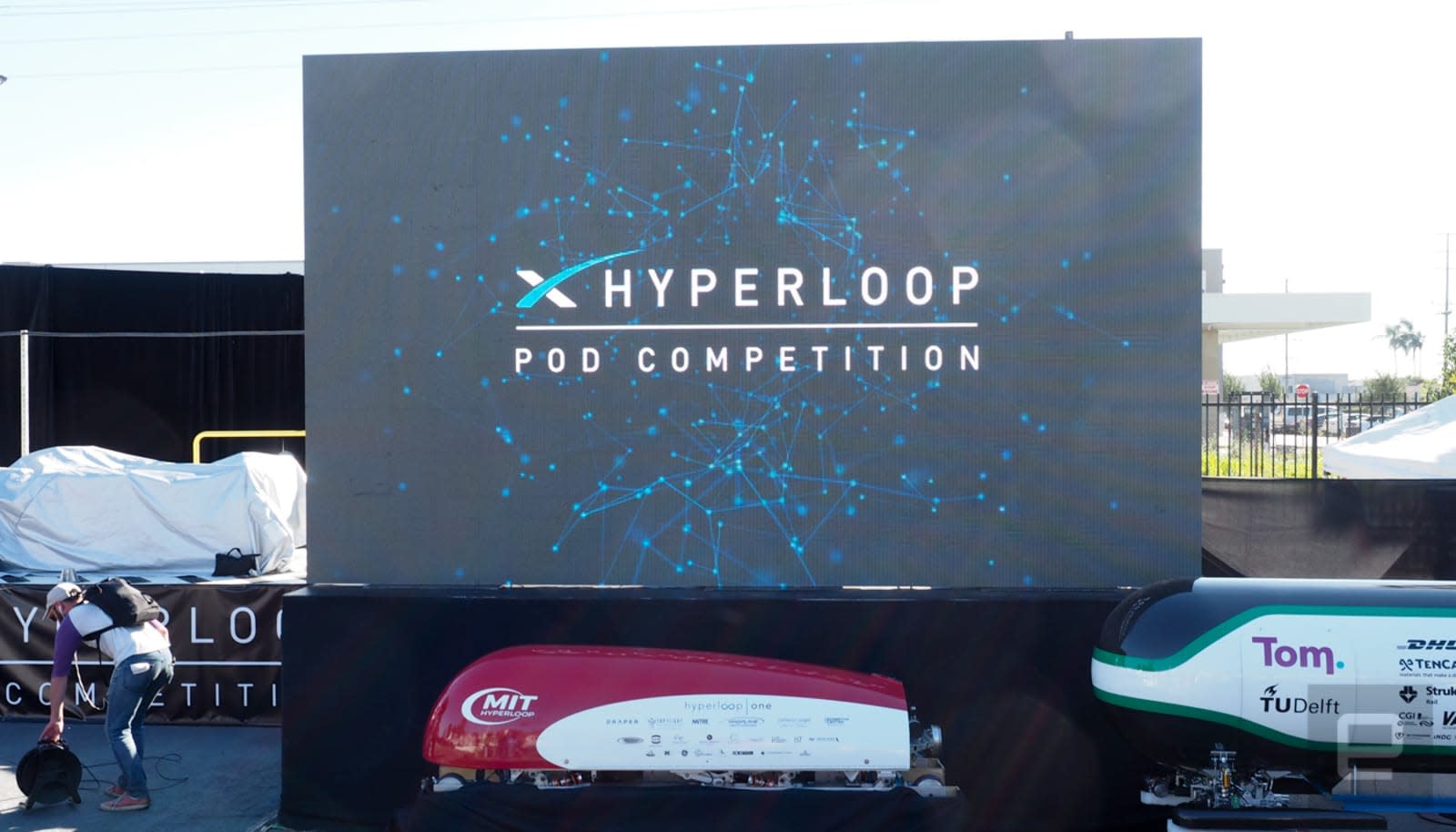 It's been less than three months since the first Hyperloop Competition blasted test pods down a 1.25-kilometer test track in Southern California and SpaceX is already gearing up for the second edition. Hyperloop Pod Competition II will take place at SpaceX's Hawthorne, California facility over the weekend of August 25-27th, 2017.

Like the first event, the sequel will focus on the design and performance of the Hyperloop pods themselves, but this time the teams will be competing for sheer speed. The main criterion driving Competition II, SpaceX wrote in its announcement, is to hit the fastest speed possible. The second edition is also open to new student teams that want to get some time on the test track but the roster currently lists a slightly smaller field of 22 competitors this time around.

In this article: culture, hyperloop, hyperlooppod, HyperloopPodCompetition, spacex, transportation
All products recommended by Engadget are selected by our editorial team, independent of our parent company. Some of our stories include affiliate links. If you buy something through one of these links, we may earn an affiliate commission.