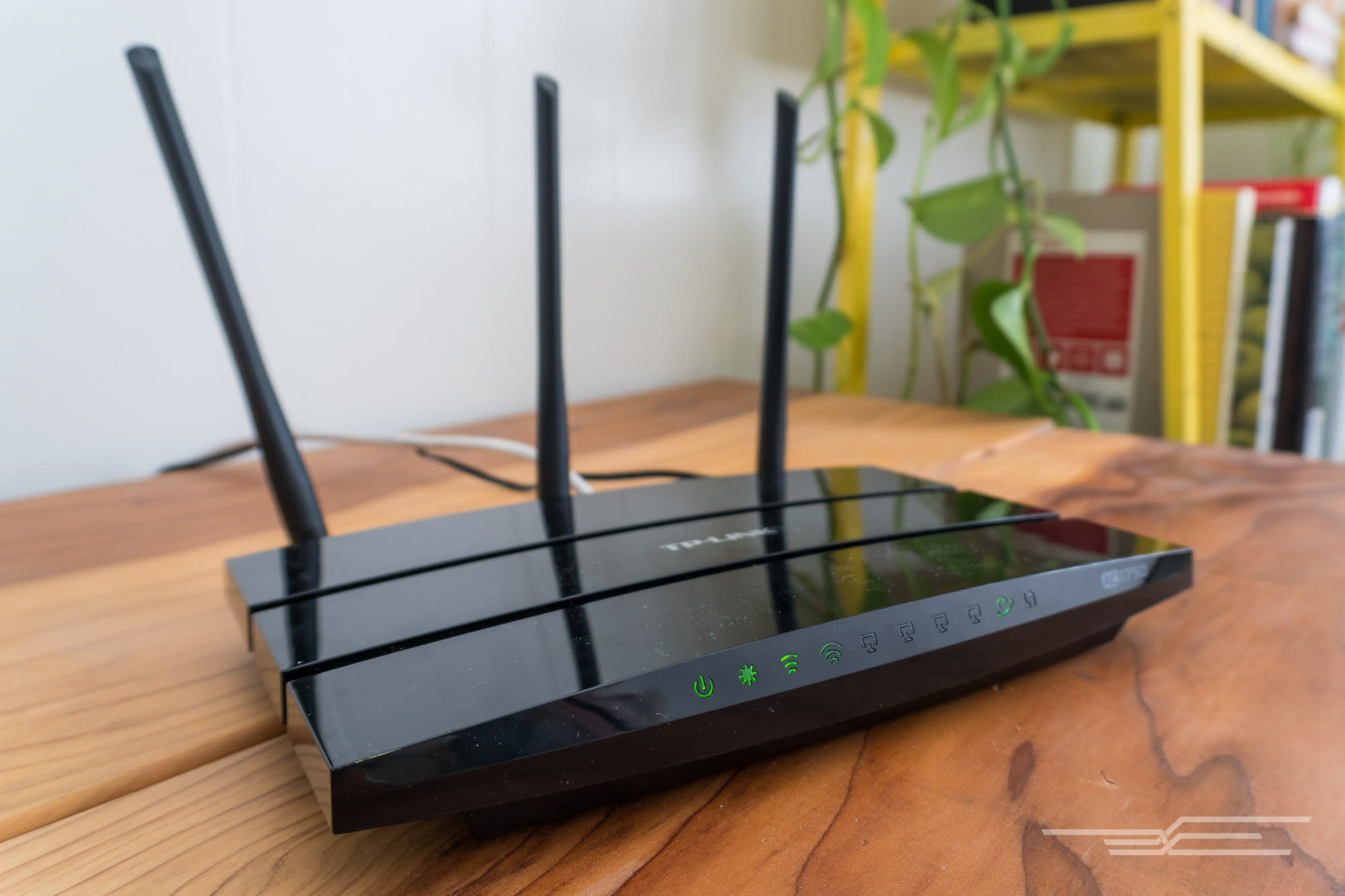 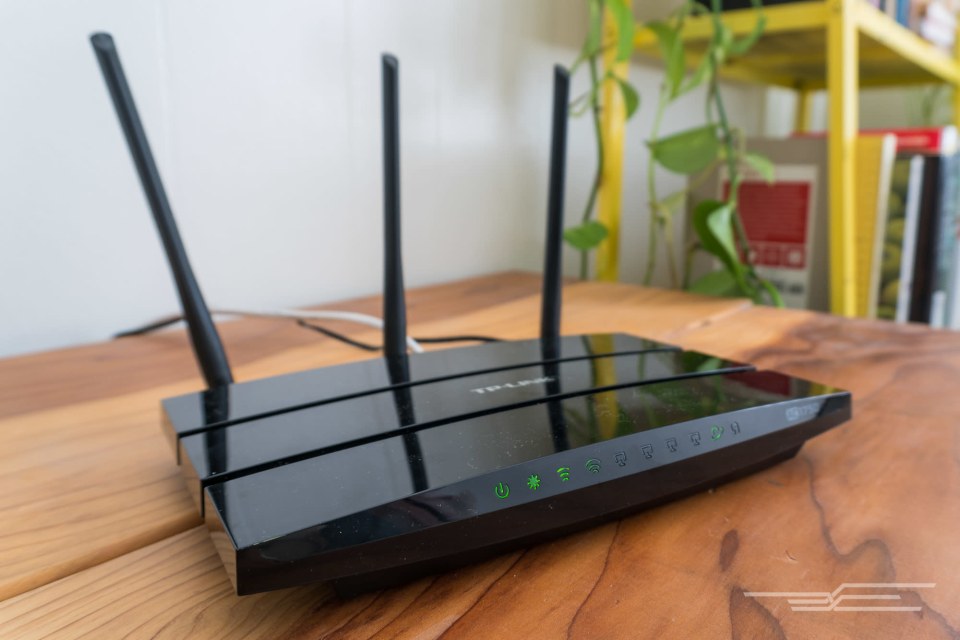 After more than 250 total hours of research and testing, we recommend the TP-Link Archer C7 (v2) router for most people. We've tested it against nearly 30 other routers over the past two years, and it's still our favorite. This dual-band, three-stream 802.11ac (wireless-ac) router wasn't the fastest on all of our tests, but it has an amazing range and delivers great performance for its low price. It's an unbeatable value.

If you're tired of being unable to use your Wi-Fi in the dead zones in your house or apartment, and you can't move your router to a central location in your house, you need a new router. Our pick, the Archer C7, lets you access both the 2.4 GHz and 5 GHz Wi-Fi bands, improving your performance and giving you a way to escape interference from your neighbors' Wi-Fi networks. Unlike an older wireless-n or wireless-g router, our 802.11ac pick supports the fastest Wi-Fi connections of almost any device you can buy, and its Gigabit Ethernet ports give your wired devices plenty of bandwidth for streaming HD video—even 4K—around your home.

If you already have a router and you're happy with its range and speed, you don't need to buy a new one.

Wireless-ac, or IEEE 802.11ac, is the latest mainstream Wi-Fi version. It's the standard in most laptops, smartphones, and tablets from 2013 and later, including many products that we recommend in other guides such as current MacBooks and Windows laptops plus flagship smartphones from Apple, Samsung, Motorola, LG, and HTC.

Your next gadget with Wi-Fi will have wireless-ac; so should your router. You'll get better wireless performance and range for your wireless-ac devices than if you used a wireless-n router, and your network will be ready for any future devices you buy over the next few years.

A great router has to be dual-band, which means it supports both 2.4 GHz and 5 GHz signals. Because so many things transmit in the 2.4 GHz range, wireless interference from other Wi-Fi routers and Bluetooth devices, and even microwaves and cordless phones, can affect your wireless performance.

A router should also support at least two spatial streams (also called data streams) on each band. For more on the criteria for finding the best wi-fi router, see our full guide.

We didn't disable our house's existing wireless network when testing, but we did change its broadcast channels so that it wouldn't interfere with our router's signals. This approach allowed us to see how the routers would handle nearby wireless networks—as you're likely to have in an apartment complex or even a suburban neighborhood—without overwhelming them with interference.

We tested the routers using iPerf3, a network monitoring and measuring tool, to evaluate data transfers between a desktop PC (connected to each router via Gigabit Ethernet) and an Asus ZenBook UX305LA (which uses two-stream wireless-ac). For the test, we started iPerf3, which then attempted to transfer as much data as possible from the test laptop to the desktop PC (via a single TCP connection) and recorded the average transfer speed across 60 one-second intervals. We ran each test multiple times for each router, on each band, at each test location.

Because we were testing in the real world, external variables (competing signals, walls, network traffic) affected our results—just as they'll likely affect yours. We wish the Archer C7 had a USB 3.0 port instead of a USB 2.0 one. Otherwise, its physical connections are pretty standard and easy to access—it even has a button that lets you turn your Wi-Fi on and off without disturbing your wired network. Photo: Kyle Fitzgerald

The TP-Link Archer C7 is the best router for most people because it's a great value. We've tested the Archer C7 against dozens of routers at different times, using different setups, for nearly two years. Though it hasn't been the fastest router in every test, the Archer C7's combination of solid long-range performance and a low price has given it a clear advantage over every other router we've tested.

For our most recent tests—the results shown in the charts in our full guide—we used an Asus ZenBook UX305LA with a two-stream wireless-ac Wi-Fi card. Though the Archer C7 wasn't the fastest router on any single test, it had the best overall price-to-performance ratio of any wireless-ac router.

We were most impressed with the Archer C7's wireless-ac performance on our most difficult test: long range, with walls and furniture between the client and router. Only the C7 and Netgear's ultra-expensive R8500 gave us more than 35 Mbps, and some routers couldn't even push past 10 Mbps—if they could connect at all. The Archer C7 reached 71.3 Mbps, which is more than enough for 4K video streaming.

We always test routers in large batches, and the Archer C7 performed well in each of its groupings over the past two years. You can read the highlights from our previous testing in our full guide. The Netgear R6400 has lots of features, plus a great user interface that's much easier to understand than the TP-Link Archer C7's confusing UI. Photo: Kyle Fitzgerald

Note: This router had a severe security flaw that could let someone take control of your router if you clicked a malicious URL. Netgear issued a firmware update that fixes the problem. Always make sure your router is running the latest firmware available.

If you're willing to pay a little more for a router that has a lot more features, an easier-to-understand interface, and a price-to-performance ratio that's almost as good as our pick's, we recommend the Netgear R6400. The Archer C7 is the best value if you want simple, great Wi-Fi for a low price, but the R6400 is better if you know that you need both good wireless-ac performance and killer features.

In this article: archer, archerc7, gadgetry, gadgets, gear, internet, netgear, netgearr6400, partner, syndicated, thewirecutter, wifi, wifi-router, wirecutter
All products recommended by Engadget are selected by our editorial team, independent of our parent company. Some of our stories include affiliate links. If you buy something through one of these links, we may earn an affiliate commission.
Share
Tweet
Share