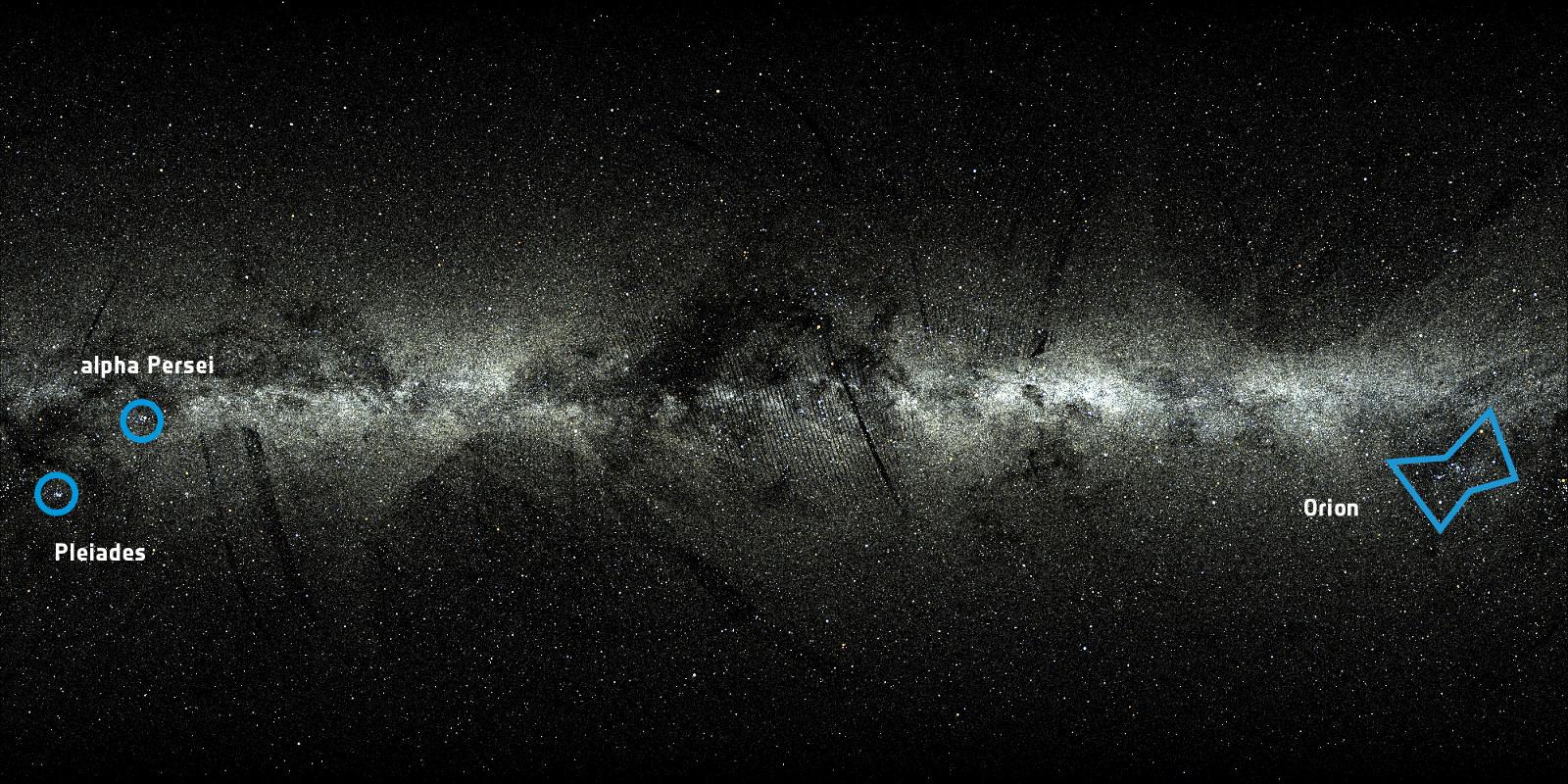 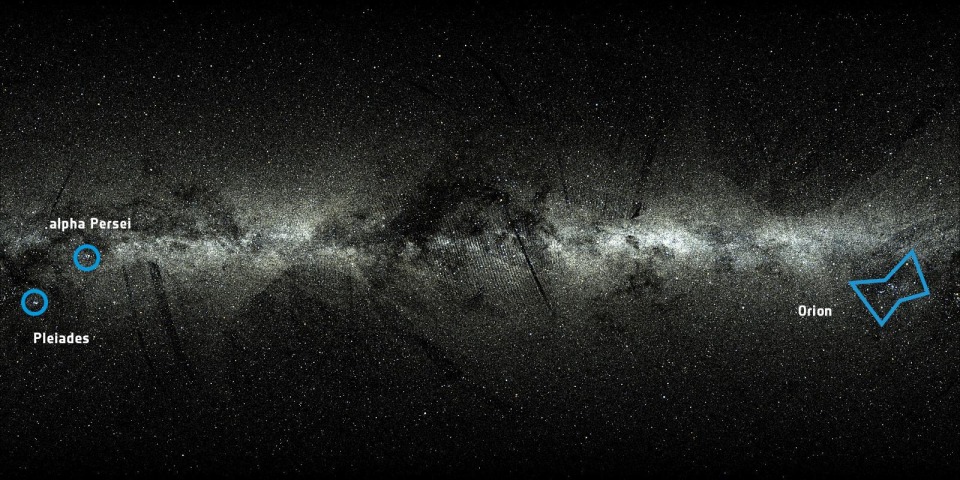 Carl Sagan showed how some constellations would change over time as stars move through the universe in his TV series Cosmos. Now the European Space Agency has done something similar, but in a much bigger scale: it has released a video showing 2 million stars' journey across the skies from today until 5 million years into the future. The ESA used data provided by the the Gaia satellite and its one-billion-pixel camera, as well as data from the Hipparcos satellite that measured the positions of celestial objects back in the 1990s.

If you'll recall, Gaia's ground team released a 3D map composed of 1.1 billion stars last year. Of those 1.1 billion, only 2 million came with info on their movements and distances from each other. This video uses those 2 million stars, along with 24,320 bright stars mapped by the Hipparcos satellite.

When you watch the video below, try to see if you can trace the movements of the Orion constellation, the Pleiades and the Alpha Persei marked in the image above. Don't forget to check the time stamp, as well: each frame is equivalent to 750 years, with the whole video showing 5 million years' worth of stellar movement. Take note that the stars up front will appear to move faster than those in the back, but that's only because they're nearer to our planet.

Despite the overwhelming number of dots in the video, they make up but a tiny part of Gaia's data. In April 2018, the Gaia team will release the positions, distances and motions of all 1.1 billion stars the satellite mapped. The agency says that data will help scientists figure out how the galaxy formed and more accurately predict stars' locations in the future.

In this article: esa, europeanspaceagency, gaia, science, space, stars
All products recommended by Engadget are selected by our editorial team, independent of our parent company. Some of our stories include affiliate links. If you buy something through one of these links, we may earn an affiliate commission.