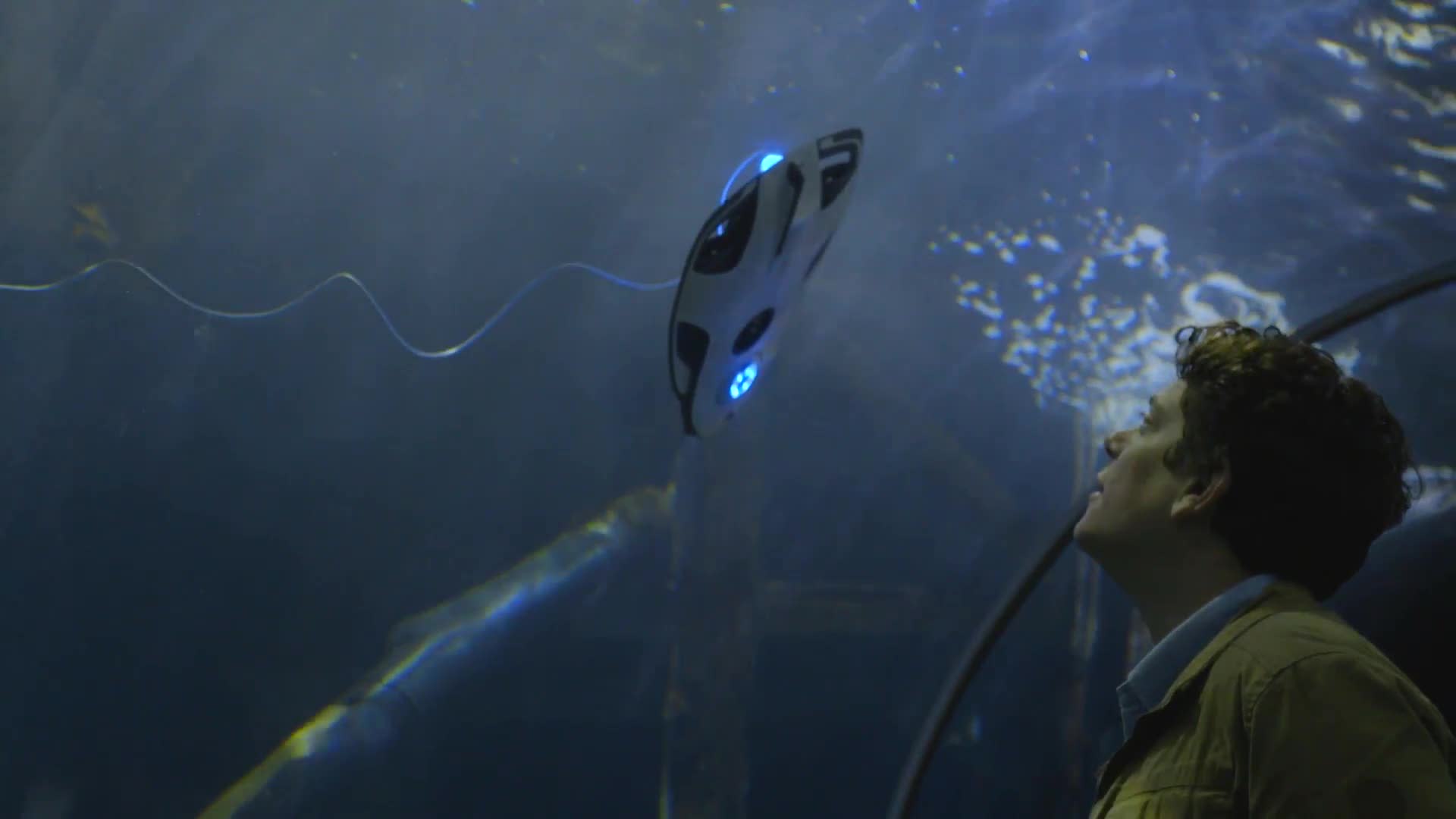 Who needs fishing prowess when you have a remote-controlled, sonar-equipped, bait-dropping, mini-submersible at your disposal? Because with the new PowerRay underwater drone, that's exactly what you get.

The PowerRay UUV comes from Beijing-based drone manufacturer PowerVision, makers of the PowerEgg UAV that we saw last August. While the Ray officially debuted back at CES in January, a technical issue with their display (read: their tank sprung a leak) prevented the company from showing off the device in its natural environment.

However, at the company's launch party at the Aquarium of the Bay in San Francisco this week, we were afforded a close up view of the new drones. While I didn't get to operate one myself, the Rays looked to be quite seaworthy. They quietly moved through the aquarium exhibit without leaving much of a wake or perturbing the occupants, who seemed to take little notice.

My primary concern with the PowerRay is its 50 - 70 meter umbilical control cord, which seems like it could easily tangle itself around underwater obstacles. I asked PowerVision USA CEO, Chih-Che Tsai, about the potential hazard and he explained that the company is already working on a solution for the issue. Tsai suggests one solution is to remotely disconnect the cord, allowing the drone to float back up to the surface, but there's no current timeline for its release. Unfortunately, the mobile apps, the VR headset and 4K video output were all unavailable during the demo either, so we'll have to wait until May to actually try out those key features.

The PowerRay will be available in three models when it starts shipping in May. The base PowerRay Explorer comes with a 50-meter cable, 32GB storage drive, 4K camera and a controller -- but no sonar or bait dropper. It will retail for $1,488. The $1,799 PowerRay Angler is the same as the Explorer but with the extra fishing gear. Finally, the top-of-the-line PowerRay Wizard builds on the Angler's offering with a pair of VR ONE glasses by ZEISS and a suitcase for the drone but will set you back a whopping $1,888. That's no an astronomical price point but is still a couple hundred more than the Phantom 4, so you'd better really love -- and be really terrible at -- fishing to warrant throwing down that amount of cash for an unmanned fish finder.

In this article: 4k, Aquarium of the Bay, camera, drones, gear, powerray, powervision, robots, San Francisco, sonar, submersible, underwater, uuv
All products recommended by Engadget are selected by our editorial team, independent of our parent company. Some of our stories include affiliate links. If you buy something through one of these links, we may earn an affiliate commission.