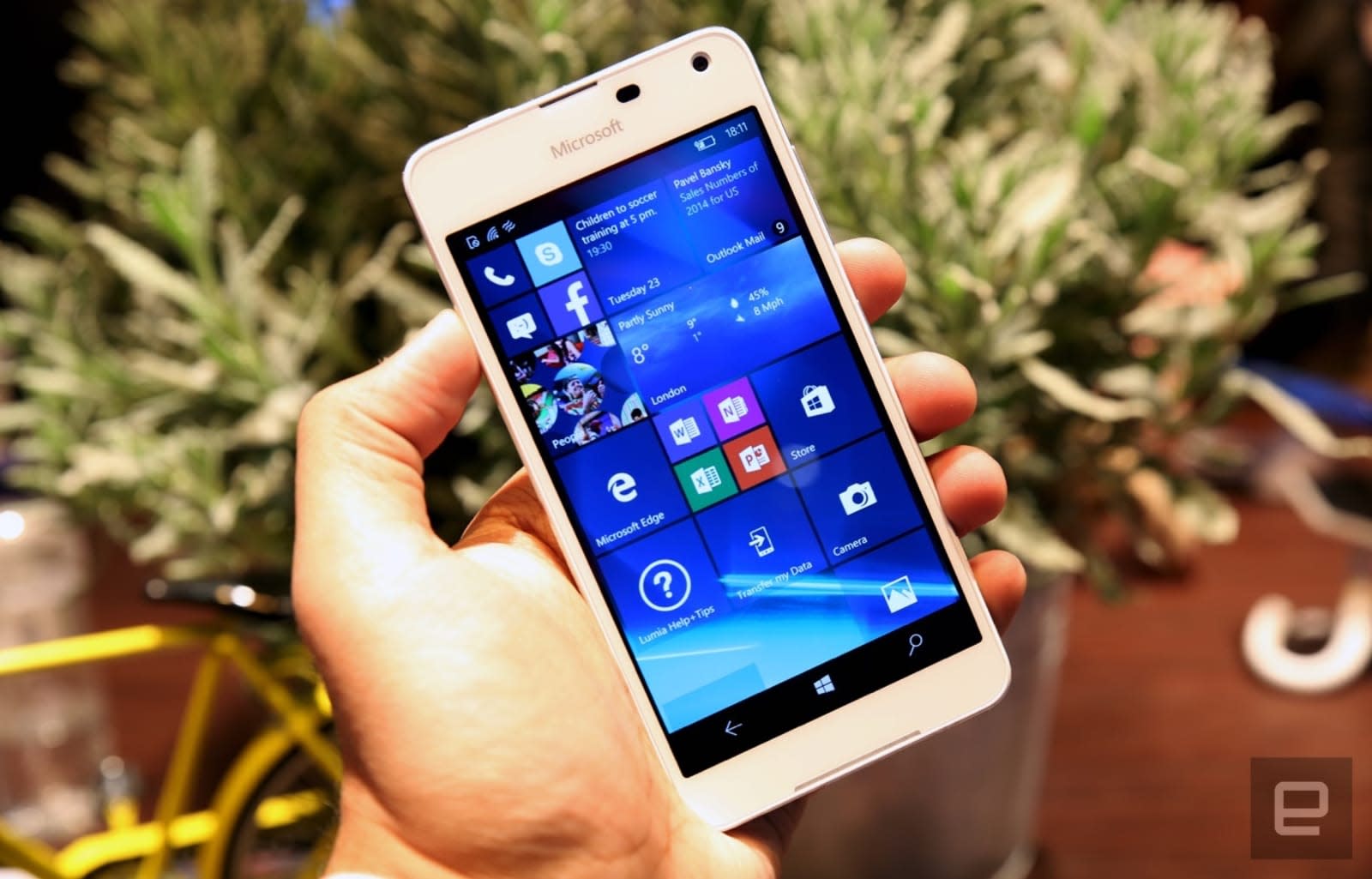 Virtually every Windows 10 PC can get the Creators Update, but phone owners won't be so fortunate. Microsoft has revealed that only some Windows 10 Mobile devices will receive the Creators Update when it's ready. The company's own Lumia devices are covered, naturally (from the Lumia 550 and above), but it's slim pickings beyond that -- the Alcatel Idol 4S, HP Elite X3 and VAIO Phone Biz are some of the few third-party examples that qualify. If you ask Microsoft, it's all about setting performance expectations.

Microsoft's Dona Sarkar notes complaints that Windows wasn't offering the "best possible experience" on older phones. In other words, Windows 10 Mobile was struggling outside of relatively recent hardware. Those users who do have the Creators Update on unsupported hardware can keep using it, but Sarkar stresses that they'll be running the newer operating systems "at their own risk."

The move isn't completely surprising, and is understandable. OS developers always have to think about cutting off support when their software becomes too demanding for legacy devices. For Microsoft, however, this is a repeat of an all-too-familiar pattern where it drops a large number of its phone customers in a relatively short space of time. Remember how Windows Phone 8 left WP7 owners hanging, and how only a subset of WP8 phones could move to Windows 10 despite some early promises? As necessary as the cutoff might be, that pressure to buy a new device to stay current could increase the temptation to switch platforms.

In this article: creatorsupdate, gear, microsoft, mobile, smartphone, update, upgrade, windows, windows10, windows10creatorsupdate, windows10mobile
All products recommended by Engadget are selected by our editorial team, independent of our parent company. Some of our stories include affiliate links. If you buy something through one of these links, we may earn an affiliate commission.