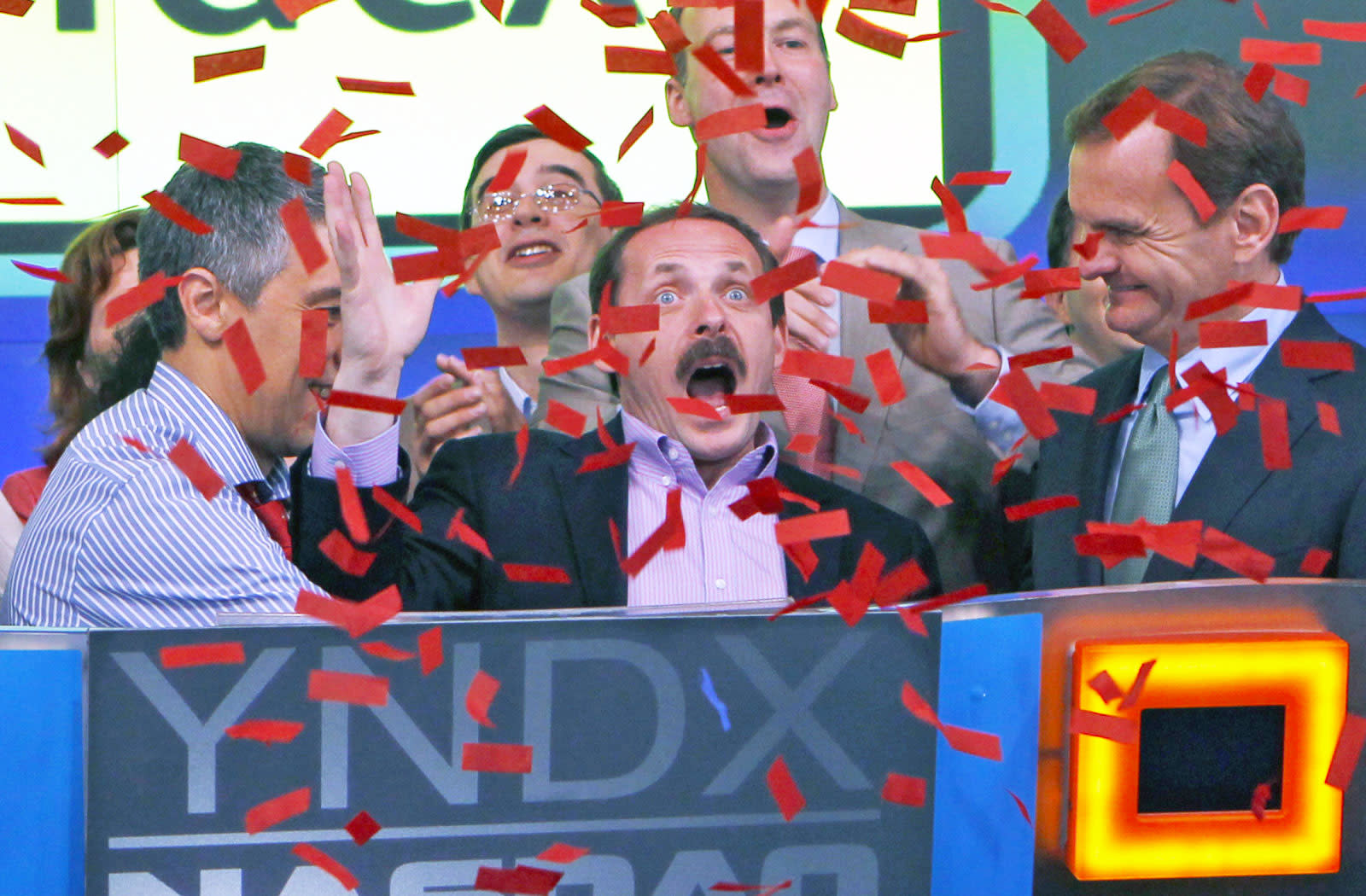 A little over two years ago, Russia's largest search provider, Yandex, filed a complaint against Google for what it believed were anti-competitive practices. Now, Russia's Federal Antimonopoly Service has given credence to Yandex's claims and "issued a prescription to Google in order to require the company to remove anti-competitive restrictions from its agreements with manufacturers," according to a press release.

That means Google won't be able to pre-install apps on phones, control the default search engine or place its own apps on device home screens in the region. *

Furthermore: "Google will be committed to securing the rights of the third parties to include their search engines in the choice window." In a "few months," Google will have a home-screen search widget that will offer up any manner of search providers (yep, including Yandex) assuming they sign a commercial agreement for their inclusion in the query box.

For its part, the FAS says that this is a good move to ensure everyone is on the same footing in terms of competition for app placement and web searches.

"The settlement will have a positive effect on the market as a whole," FAS head Igor Artemiev said.

Yandex, as you might expect, is pretty pleased about the outcome as well. Its CEO Arkady Volozh (pictured above) penned a blog post explaining what the move means for his company. Short version: he believes this will make the Android platform truly open, which will in turn foster innovation and be better for everyone. "With choice, the possibilities are endless," he said.

With a potential market of over 140 million, and at least a few other antitrust cases in the balance, Google will likely want to contest the decision. We've reached out to the search giant for comment on the ruling, and will update this article should more information arrive.

Update: A Google spokesperson reached out with the following response:

"We are happy to have reached a commercial agreement with Yandex and a settlement with Russia's competition regulator, the Federal Antimonopoly Service (FAS), resolving the competition case over the distribution of Google apps on Android."

* Correction: Google reached out and clarified that Google apps will still be pre-installed on phones in the region, saying that what changes is customers in Russia will have the option to choose Yandex as their default search engine during phone set-up. Phones can also ship with Yandex apps pre-installed.
In this article: android, antitrust, arkadyvolozh, business, FAS, federalantimonopolyservice, gear, google, igorartemiev, mobile, russia, search, yandex
All products recommended by Engadget are selected by our editorial team, independent of our parent company. Some of our stories include affiliate links. If you buy something through one of these links, we may earn an affiliate commission.