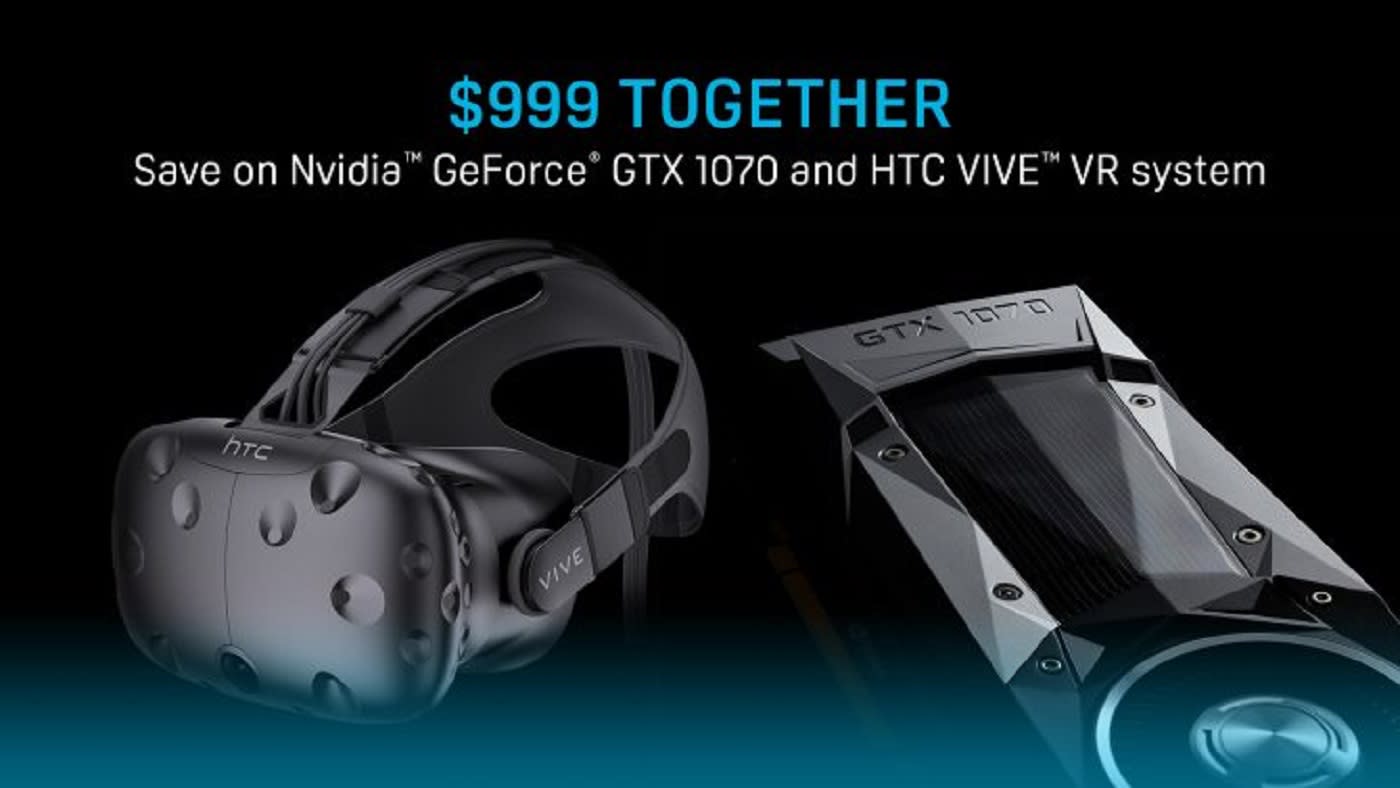 HTC is making it easier for you to buy a Vive. The company just rolled out three new bundles for the virtual reality headset that include PCs and graphics cards for the first time. If you already have a decent rig but need a new graphics card, you can now get the Vive and the Nvidia GeForce GTX 1070 Founders Edition for $999.99. That's $200 cheaper than the suggested retail price, HTC says. You can also finance the bundle for as low as $49 per month for 24 months (estimated shipping plus tax), but these are temporary offers that run through April 24th.

The second bundle is a Vive and a MSI VR Ready laptop for $125 per month. The laptop includes an Intel i7 Quad-Core processor, a GTX 1060 6GB GDDR5 graphics card, 16GB DDR4 RAM and a 256GB solid state hard drive.

And, lastly, HTC is offering a desktop bundle, pairing the Vive with the Cyberpower GXi970 for "less than" $99 per month, but the exact cost isn't listed just yet. Its specs include an Intel i5 Quad-Core processor, an Intel B250 Chipset, 8GB DDR4 RAM, a 2TB hard drive and a GTX 1070 8GB video card.

HTC's Vive Financing Program currently has three options: zero percent financing for six months and 12 months, or 7.99 percent financing for 24 months. It's likely offering the same options for the new bundles, but the details aren't all available on HTC's site yet. Obviously, the less time you take to pay something off the better. The 24-month option won't really save you any money in the long run. These bundles probably aren't the most cost-effective options out there -- an ambitious person could likely build their own rig for less. But, they could be a convenient option for less hardware savvy people looking for an easy way into the world of VR.

In this article: bundle, gear, htc, personal computing, personalcomputing, vive
All products recommended by Engadget are selected by our editorial team, independent of our parent company. Some of our stories include affiliate links. If you buy something through one of these links, we may earn an affiliate commission.