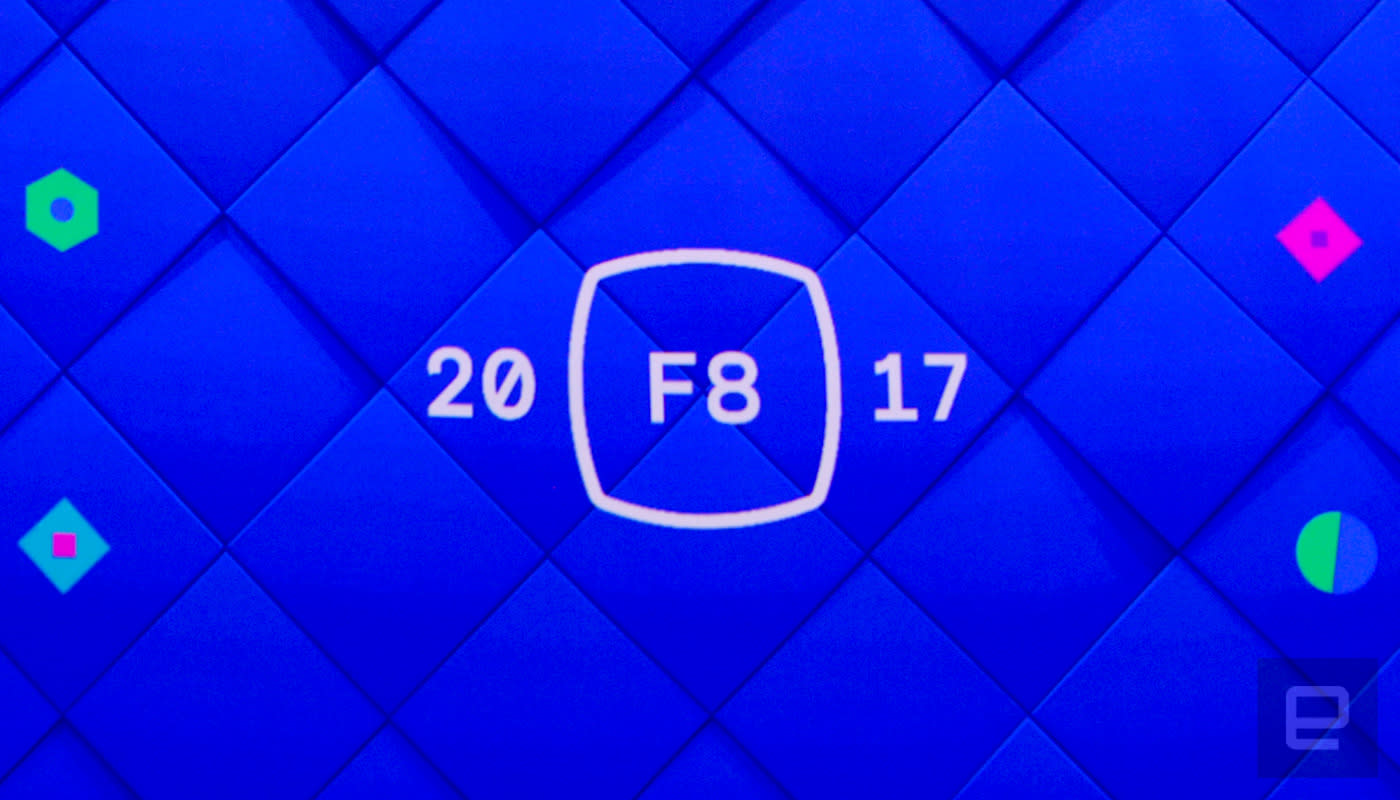 It's time once again for F8, Facebook's annual gathering of developers from around the world, and it's a little special this year. That's because this is the 10th anniversary of the event, so we're expecting a look back at just how far Facebook has come over the past decade, along with hints of what's to come. That means in addition to details about the company's core product and its various messaging and photo-sharing apps, we also expect Facebook to make some teasers. We're talking VR, 360 video, live streaming and perhaps some mysterious new item we've yet to even hear about. To read about our expectations, click here. But if you want to read the real deal, you best come back to this page at 10pm PT or 1pm ET for our liveblog of F8 2017's opening-day keynote.

In this article: f8, f82017, facebook, gear, internet
All products recommended by Engadget are selected by our editorial team, independent of our parent company. Some of our stories include affiliate links. If you buy something through one of these links, we may earn an affiliate commission.