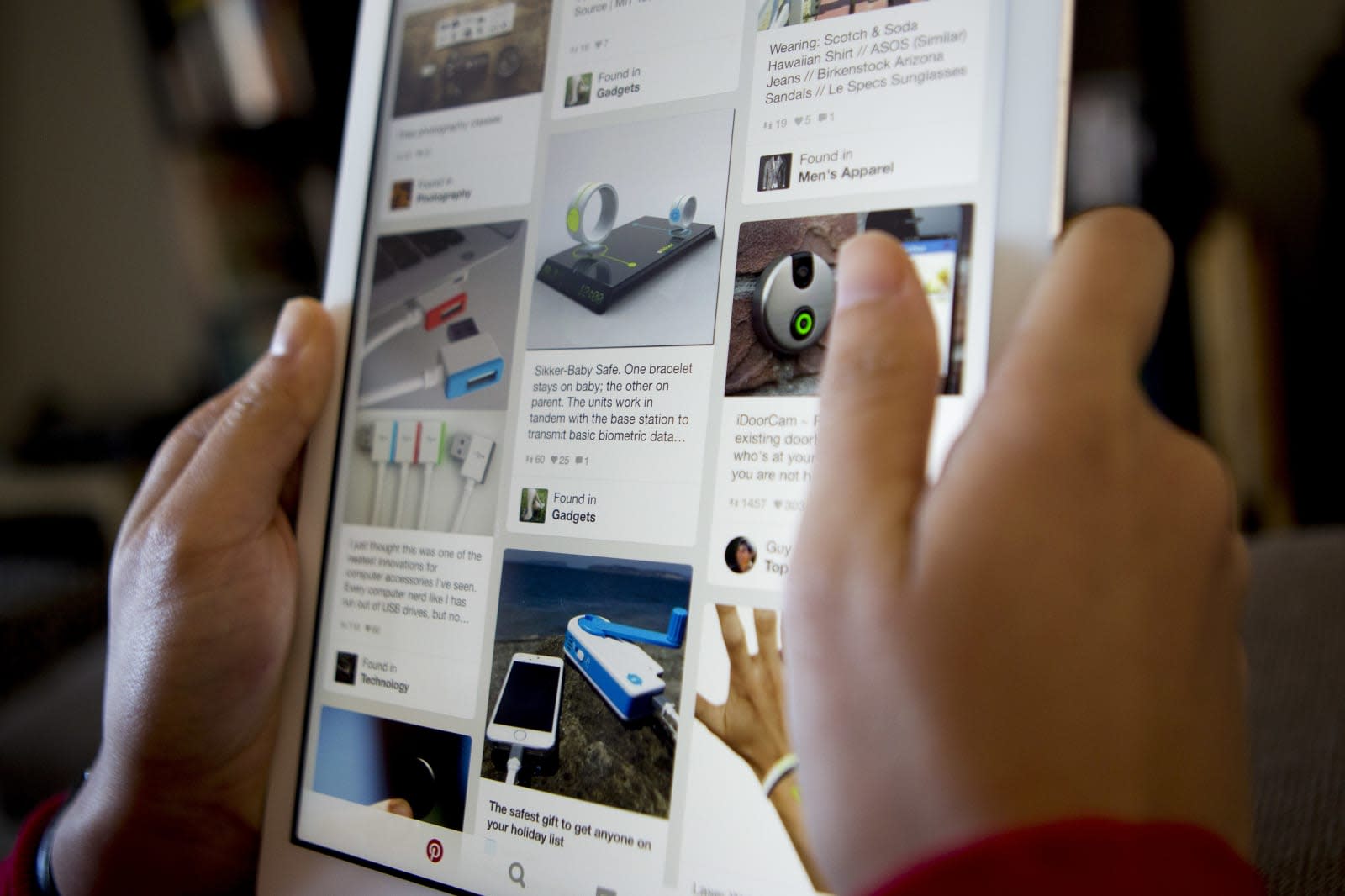 Believe it or not, Pinterest has never really advertised itself in the US -- remarkable for an internet giant with over 150 million users and enough clout that it can buy well-known services like Instapaper. However, you're about to see a lot more of it soon. The collection-themed company tells Bloomberg that it's going to run its first US ad campaign this summer. And unlike some ad runs, this will be as much about defining what Pinterest doesn't do as what it does.

CEO Ben Silbermann explains that the "No. 1 challenge" is convincing would-be users that Pinterest isn't a social network. Instead, its a place to "get ideas for your real life," such as vacation ideas, fashion tips and (of course) new gadgets. While Pinterest isn't diving into the specifics of the ads, they're likely to focus on people who've gone "from dreaming about their life to designing it." In other words, they'll purposefully distance Pinterest from the likes of Facebook and Twitter, even if they don't mention social networks by name.

However the promos work out, they might be necessary. Silbermann is aware that Pinterest is small relative to the likes of Facebook, and that his crew has to "move really, really quickly" to survive. Remember, Facebook just took a shot at Pinterest through Instagram's post collections -- it might not take much more to hit Silbermann's company where it really hurts. An ad push could increase the odds that Pinterest is your first choice for idea gathering.

In this article: ads, advertising, gear, internet, pinterest, services
All products recommended by Engadget are selected by our editorial team, independent of our parent company. Some of our stories include affiliate links. If you buy something through one of these links, we may earn an affiliate commission.