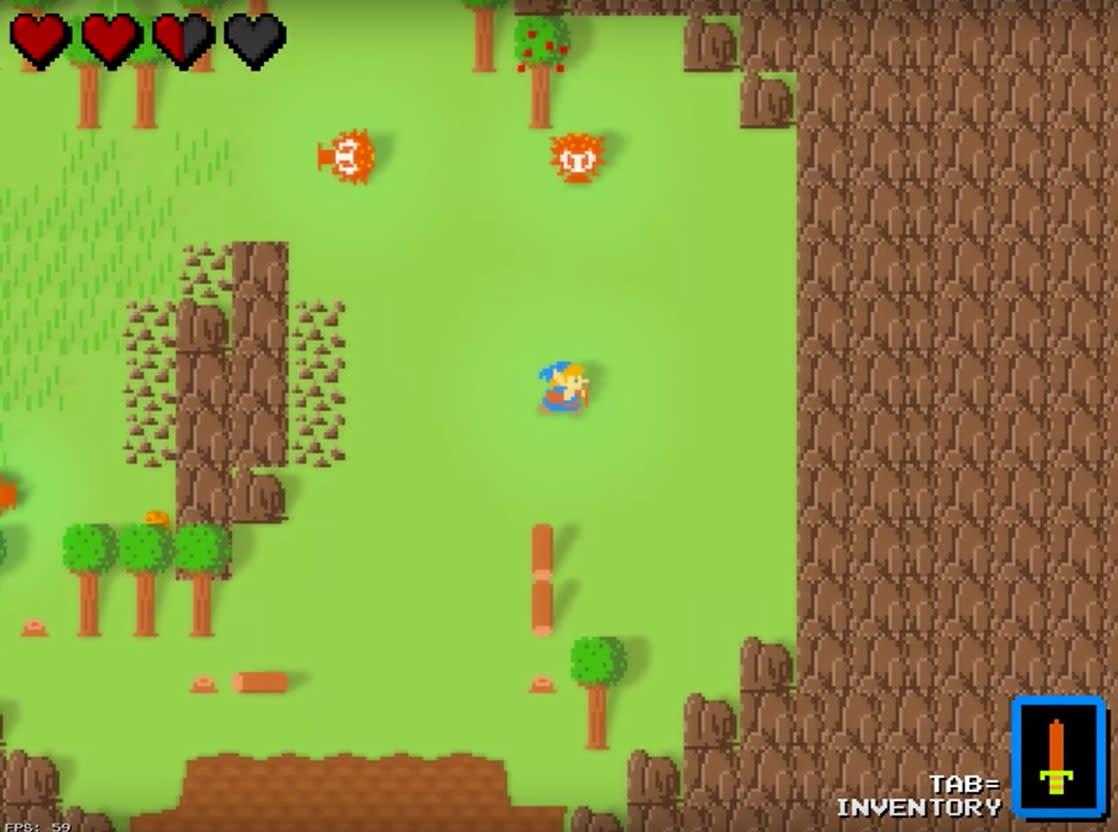 While you wait for something else to play on your Switch (might I suggest looking into TumbleSeed?), you could kill some time with Breath of the NES. As the name suggests, the fan-project was inspired by Nintendo's 8-bit Breath of the Wild prototype that the company divulged during a GDC panel earlier this year. This isn't a straight facsimile though. Developer WinterDrake has added modern lighting and shadows (the fireflies are particularly impressive), while keeping gameplay mostly familiar.

Trees can be cut down and eating apples replenishes your health, for example. But WinterDrake tells Kotaku that they aren't afraid to throw in a few personal tweaks -- especially when it comes to the ways you can kill enemies.

"For example, one of the original items in the game is a 'Byoki Berry,' which the game tells you is poisonous to humans. However, if you drop a Byoki Berry near some Octorocks, they'll flock to it ignoring everything else, allowing you to trap them, kill them or sneak by."

Thus far, the project was built with Game Maker Studio in a few months. WinterDrake even has plans for when Nintendo will almost assuredly issue a cease and desist letter: they're going to swap Link and Co. for original characters and keep on truckin'.

"I'm having way too much fun creating this world to just give up."

Breath of the NES is available on itchio and if you want a peek at what you're getting before downloading the still-in-development game, that's what the trailer embedded below is for. Oh, and should you be a musician or pixel artist, regardless of what it'll be called when the project wraps, WinterDrake could use your help finishing the game.

In this article: breathofthenes, breathofthewild, gamemakerstudio, gaming, internet, itchio, micropiggaming, nes, nintendo, nintendoswitch, personal computing, personalcomputing, switch, wiiu, winterdrake, zelda
All products recommended by Engadget are selected by our editorial team, independent of our parent company. Some of our stories include affiliate links. If you buy something through one of these links, we may earn an affiliate commission.