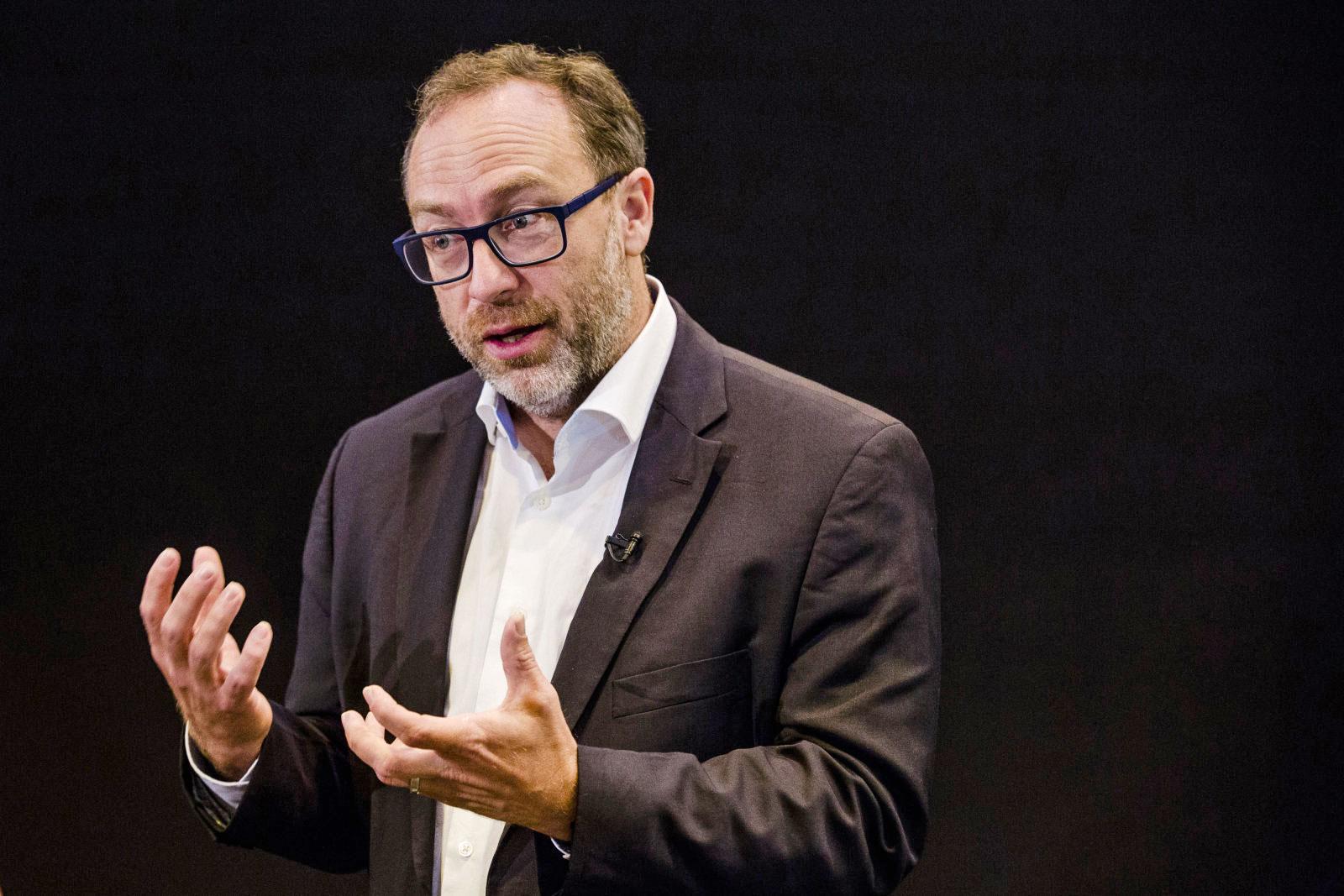 Wikipedia co-founder Jimmy Wales hopes to tackle fake news with a journalism outfit of his own. Wikitribune will be free to access and use crowdfunding to hire experienced reporters. They'll work alongside volunteers who can sub-edit articles, fact-check stories and suggest new topics for the site to pursue. "This will be the first time that professional and citizen journalists will work side-by-side as equals writing stories as they happen, editing them as they develop, and at all times backed by a community checking and rechecking all of the facts," Wales said.

Wikitribune's existence (and success) will depend on donations from people who believe in its mission and the journalism it's producing. The site will cover traditional news beats, such as UK and international politics, as well as science, technology and specialist subjects chosen by subscribers. "If you take as an example the bitcoin community," Wales said, "they've a very active and obsessed community. There's a lot of news that comes out in the field, and I think they'd love to be able to raise money to hire a journalist and put them on the bitcoin/blockchain beat."

Wikitribune articles will include detailed sourcing and link out to full transcripts, video and audio recordings of interviews. Reader submissions will also need to be approved by a full-time editor before they appear on the site. These two mechanisms will, Wales hopes, create a news culture that is both transparent and accurate, leveraging the expertise of reporters and the news gathering, fact-checking scale of the crowd. Controlling such a large group of people will be tricky, however. Reddit users, for instance, wrongly identified one of the Boston Marathon bombers in 2013.

Wales is optimistic, however. Few people thought that Wikipedia would work, and while the site is far from perfect, it has been able to avoid the false news problem, at least for the most part. The hope is that the same culture generated by Wikipedia's editors will blossom inside Wikitribune. Those values will be helped in part by the site's business model -- with no advertiser funding, the site can avoid the click-chasing and click-bait stories that have plagued other sites and reduced reader trust.

Plenty of technology companies are trying to tackle the 'fake news' epidemic. YouTube is holding workshops in the UK to teach young people how to spot bogus stories. Google is showing fact-checkers such as PolitiFact and Snopes more prominently in search results. Facebook bought a bunch of full-page newspaper ads in Germany with basic reader fact-checking tips. Despite these efforts, the problem persists. Politicians in the UK are holding an inquiry into the rise of fake news, and British newspapers have requested a deeper investigation into the role that Facebook and Google play in its distribution.

Clearly, Wales thinks the answer is a new, better-funded and creatively organised newsroom. Joshua Benton, director of Harvard University's Nieman Journalism Lab, isn't so sure. "There are a variety of people who - if he does this right - will view it as a trusted platform," he told the BBC. "But another 10 to 20 people are not going to 'fix the news'."

In this article: crowdfunding, fakenews, falsenews, gear, internet, jimmywales, journalism, news, wikimedia, wikipedia, wikitribune
All products recommended by Engadget are selected by our editorial team, independent of our parent company. Some of our stories include affiliate links. If you buy something through one of these links, we may earn an affiliate commission.