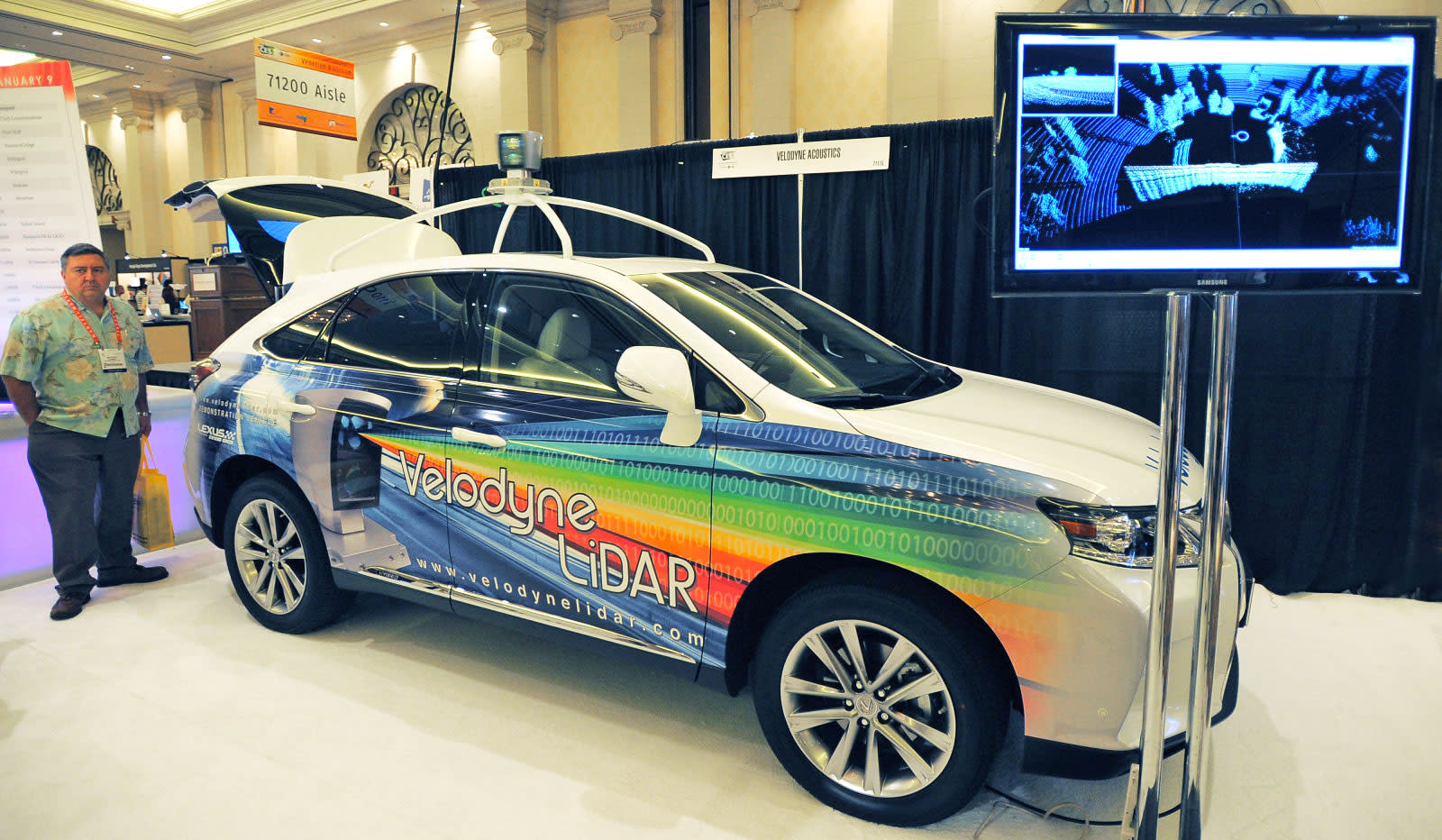 Photos obtained by Bloomberg are giving us our first look at what appears to be a testbed for Apple's self-driving car technology. An observer caught the Lexus SUV (looking similar to the demo vehicle above) rolling out of an Apple facility in Silicon Valley, rocking an extensive kit including Velodyne LiDAR units and radar sensors, which help the car observe the world around it. Apple picked up a permit to test its autonomous technology on California streets a couple of weeks ago, and it apparently isn't waiting to get started.

According to an expert cited by Bloomberg, the kit observed appears to consist of "off the shelf" sensors from third parties like Velodyne, instead of custom hardware. It's unclear what form the scaled-back Project Titan plans could eventually take, but getting time on the road is a big first step.

In this article: apple, autonomous, gear, Lexus, ProjectTitan, Self-drivingCar, TL17SLFDRV, transportation, Velodyne
All products recommended by Engadget are selected by our editorial team, independent of our parent company. Some of our stories include affiliate links. If you buy something through one of these links, we may earn an affiliate commission.