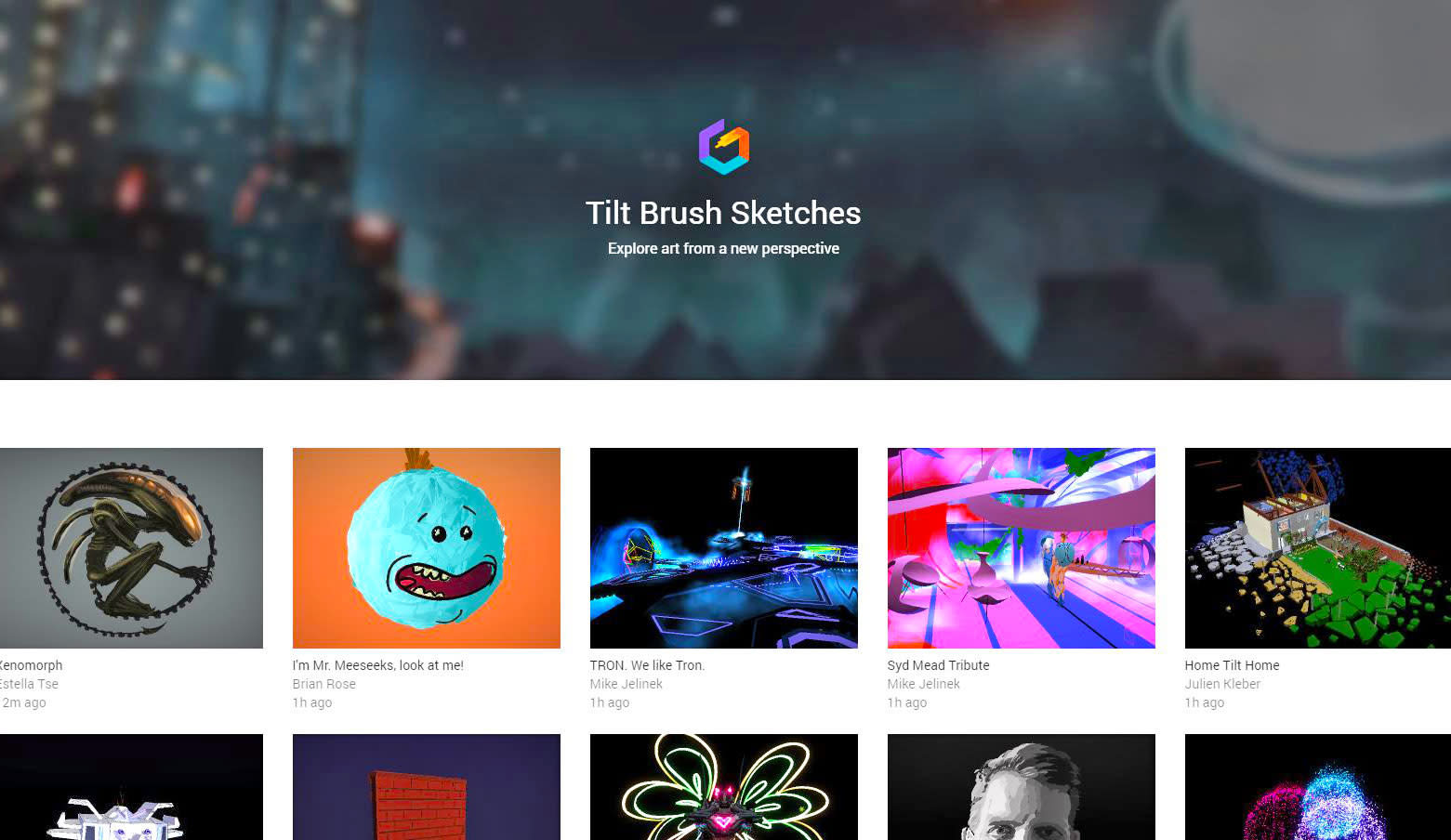 Google's VR paint experience Tilt Brush just got a hefty update with a slew of new features that let users tweak the environment for more dynamic lighting and color options. But even more exciting: The community is getting its own Social Website where they can upload their art for others to download and remix themselves.

The app got a multiplayer mode last September, but its new public art-sharing hub might be a more exciting addition. Once a piece is uploaded to the website, anyone can view it in 3D from within their browser, like it and download to add their own flourishes in Tilt Brush. As UploadVR points out, the ability to share these VR-created pieces with the world is long overdue. There's still crucial social pieces missing, like following accounts and commenting.

But as Google VR Group Product Manager Jason Toff said on Twitter, pieces uploaded to the site automatically include attribution and have a remixable CC-BY license added by default. That's good news for online art, which often loses its source as it's passed around the internet.

💡Lights, 🎥camera, ⚡️action! You can now change the light source locations and colors in your scene with the latest #TiltBrush update. pic.twitter.com/q8B3CBCw2j

Public gallery aside, the new environmental panel is pretty keen. Users can add a general "sky" and customize it, while lighting gets a whole slew of new options that will look familiar to film and stage tech nerds. Instead of just inserting objects that emanate light, users can drop in key, secondary and fill lighting effects to get that perfect mix of highlight and shadow. Finally, the UI is now more customizable, letting users yank them from deep in the menu to float on their own -- or create their own new ones.

In this article: av, gadgetry, gadgets, gear, google, tiltbrush, vr
All products recommended by Engadget are selected by our editorial team, independent of our parent company. Some of our stories include affiliate links. If you buy something through one of these links, we may earn an affiliate commission.