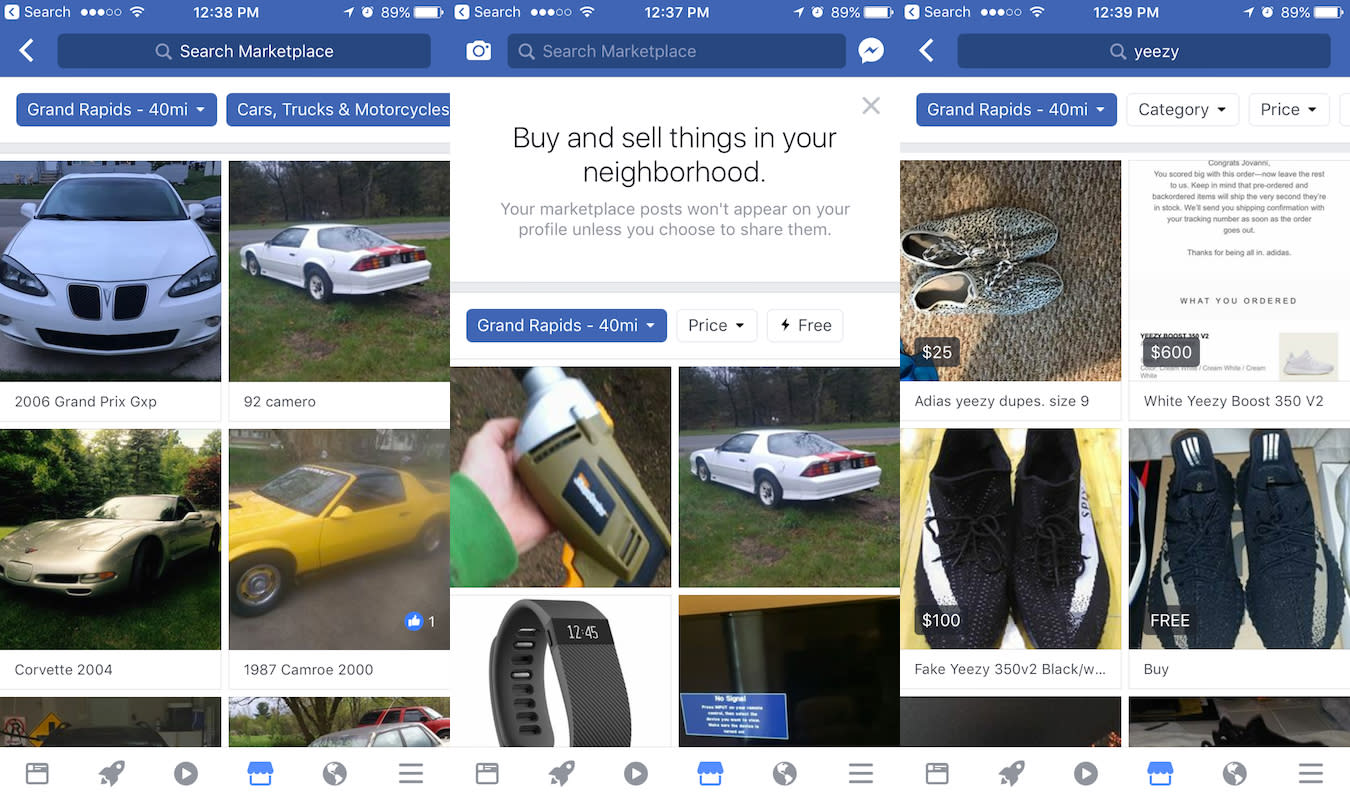 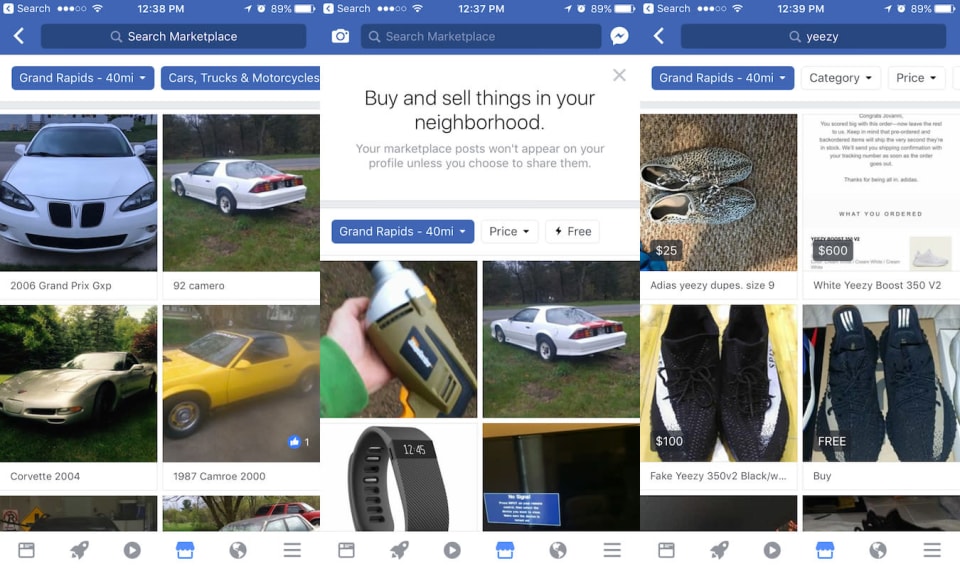 Last year Facebook relaunched its online classifieds, Marketplace, as a way to take on Craigslist. Now the social network is giving the system a makeover, TechCrunch noticed. There are dedicated sections for categories of for-sale items including tools, baby-and-kids items and even mobile phones. Oh, and there's one each for garage sales and housing -- two of Craiglist's most popular categories.

From the looks of it, Marketplace's biggest tweaks make it easier to post photos of your own salable items and sift through what's available to buy near you. Apparently, diving into individual categories now takes one tap instead of two, for example. There's a big emphasis on photos, unsurprisingly, something that Craigslist still doesn't have. If you have the Facebook app, you should be able to see the new changes.

Sadly, Marketplace lacks things that Craigslist has too. Like an archaic simple design in addition to Missed Connections or Personals sections -- you know, for those moments when you're bored at work and need a laugh. Same goes for when you really want to reconnect with someone whose "beautiful crystal eyes fixated on the invisible vibrations" at an LCD Soundsystem concert.

In this article: android, craigslist, facebook, facebookmarketplace, gear, ios, marketplace, mobile, update
All products recommended by Engadget are selected by our editorial team, independent of our parent company. Some of our stories include affiliate links. If you buy something through one of these links, we may earn an affiliate commission.