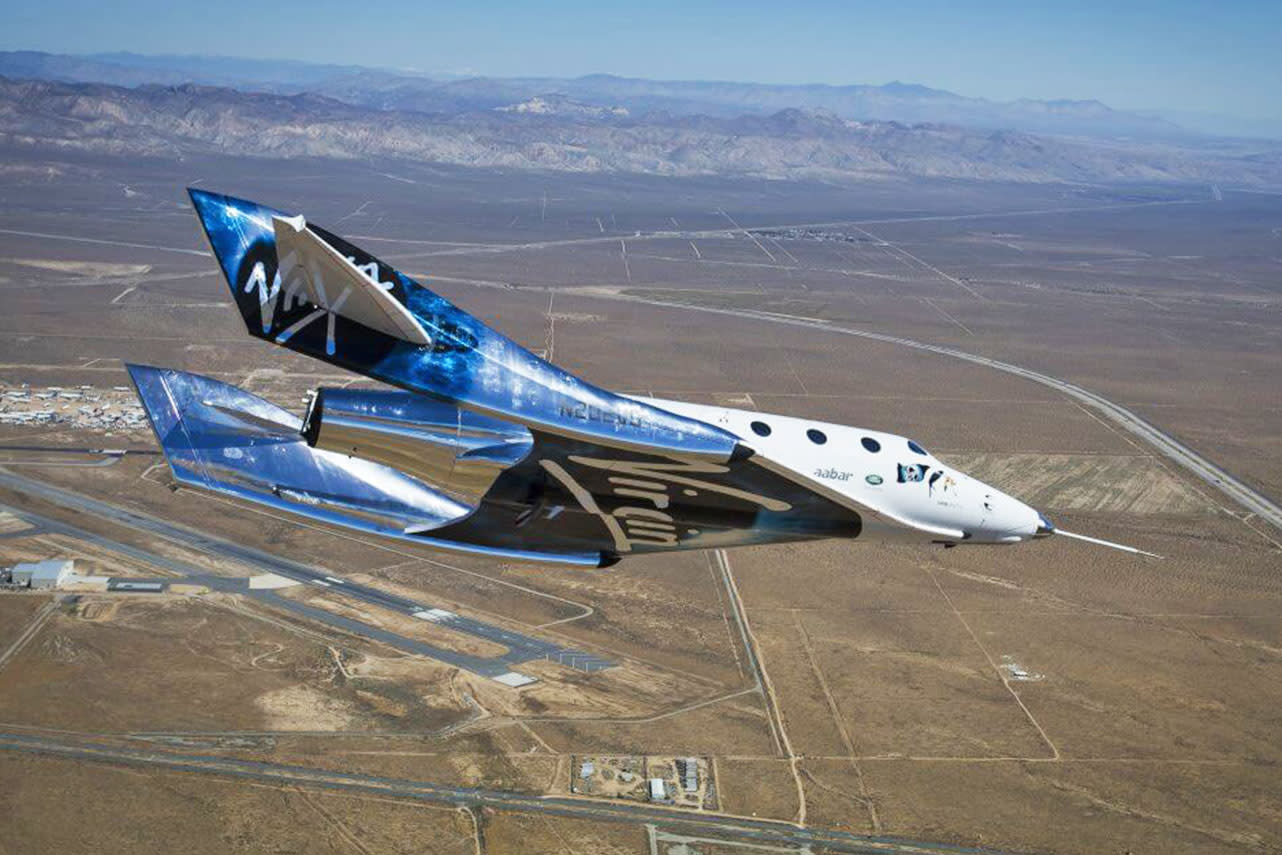 Virgin Galactic has successfully tested its newest spacecraft's "feather" re-entry system for the first time. That's what it calls the mechanism wherein the vehicle folds up its twin tail booms so that it can behave more like a capsule and increase stability upon re-entry into the Earth's atmosphere. Virgin has conducted VSS Unity's flight test from the Mojave Air and Space Port after testing its feathering mechanism on the ground extensively. It's imperative for the company to make sure that its re-entry system works perfectly, seeing as it was created to replace a vehicle that broke apart after one of its pilots triggered the same mechanism below the ideal speed.

It will take some time for Virgin to crunch all the data it gathered during the flight, but it says initial reports from the pilots and ground control are "extremely encouraging." Even if the system's first test flight turns out to be a resounding success, the company plans to put its feathering system through even more. In future tests, Unity will activate its feather system shortly after release to see how it works in flight before the spacecraft has to land. It will be tested in lower altitudes and thicker atmosphere, as well.

Virgin Galactic will release its results in the future. For now, check out a video of Unity's first feather deployment below:

In this article: applenews, feather, flighttest, gear, space, TL17SPCSHP, virgingalactic, vssunity
All products recommended by Engadget are selected by our editorial team, independent of our parent company. Some of our stories include affiliate links. If you buy something through one of these links, we may earn an affiliate commission.