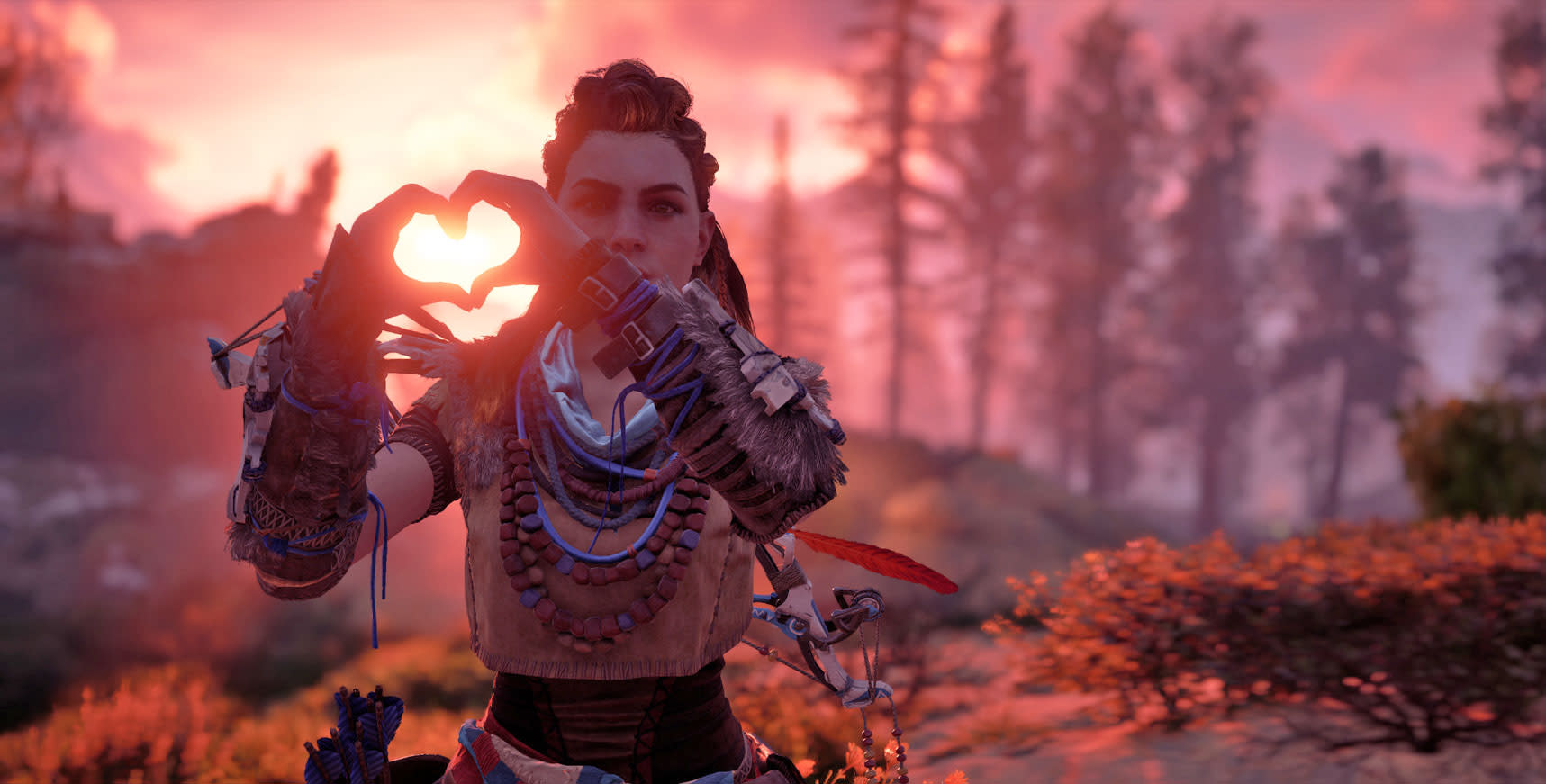 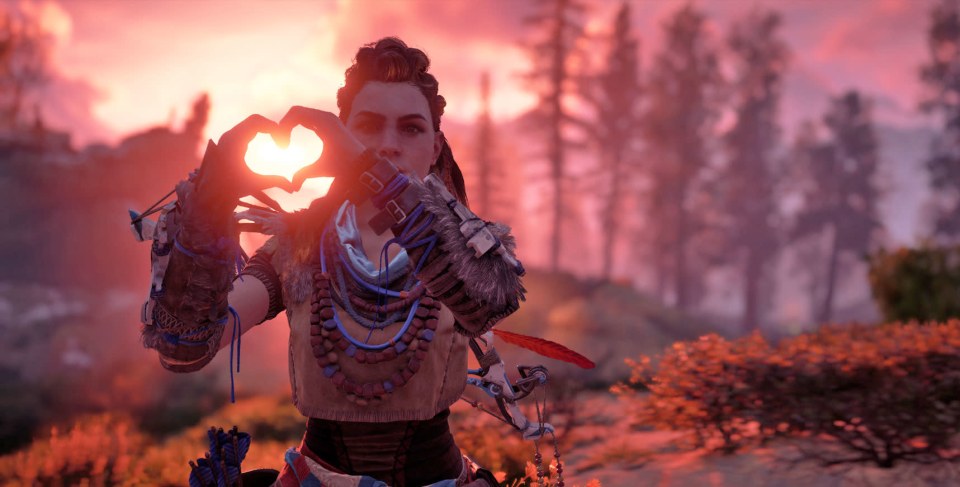 Horizon Zero Dawn is already a fantastic game, but that doesn't mean it can't get any better. Next week, Horizon patch 1.20 will go live and bring a raft of changes to the game, with a focus on improving photo mode and squashing bugs (in the code, that is). Sony and developer Guerrilla Games laid out the fixes on the European PlayStation Forum.

Horizon's photo mode is fairly robust, but patch 1.20 adds new poses and facial expressions for Aloy, three new filters, a mode that makes Aloy look at the camera, the ability to add "greetings from" to an image and improved camera controls. It will also be possible to hide Aloy inside settlements while in photo mode.

The game's HUD sees some upgrades, too. For example, whenever Aloy dons the Shield Weaver Armor, a blue status bar will appear above her existing health bar, indicating the amount of extra health she receives. The in-game map also gets some new filters and a legend for easy traveling, and players will finally be able to categorize and sort their inventories.

Spanish speakers in North America, rejoice: Patch 1.20 adds Spanish subtitles to the game, and a voiceover pack will be available in the PlayStation Store next week.

Horizon itself should simply play better in patch 1.20, with dozens of fixes to various missions and actions that caused players to get stuck or otherwise cheat the game. The full patch run-down can be found on the PlayStation Forum.

In this article: av, bug, gaming, GuerrillaGames, Horizon, horizonzerodawn, patch, ps4, sony, update
All products recommended by Engadget are selected by our editorial team, independent of our parent company. Some of our stories include affiliate links. If you buy something through one of these links, we may earn an affiliate commission.