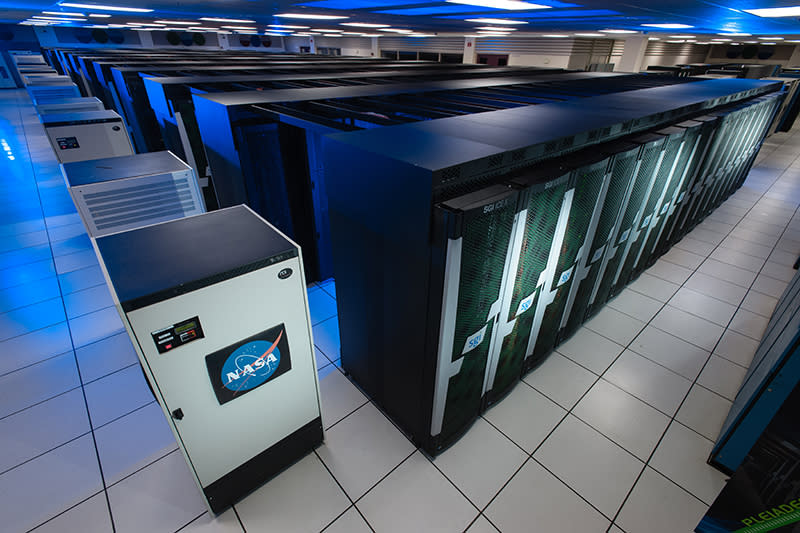 It's not exactly a secret that parts of the US government run on painfully antiquated hardware that can cost billions to maintain. Decades-old code might do the trick for generating a tax return, but it isn't exactly ideal when you're a NASA research lab tasked with modeling complex fluid dynamics and designing the next generation of experimental aircraft. That's why the space agency recently announced the High Performance Fast Computing Challenge (HPFCC) which hopes to find a few talented coders who can make the agency's design software run ten to 10,000 times faster on its Pleiades supercomputer without sacrificing accuracy.

By giving the 246,048-core, NVIDIA-enhanced machine a performance boost, NASA hopes to streamline the first section of its three-part research process. During the first research phase, NASA engineers use proprietary FUN3D software to build computational fluid dynamics models and analyze potential aircraft designs before testing can begin on physical models and X-planes. The assignment, then, is to download FUN3D's code -- which was written mostly in Fortran and dates back to the late eighties -- and identify possible hacks for cutting down the system's computing time on Pleiades hardware.

"This is the ultimate 'geek' dream assignment," Doug Rohn, the director of NASA's Transformative Aeronautics Concepts Program (TACP) said of the competition, which is happening in partnership with HeroX and crowdsourcing platform Topcoder. "Helping NASA speed up its software to help advance our aviation research is a win-win for all."

And it's more than just a win for the future of American aviation and space exploration -- the competition boasts a $55,000 prize purse that will be split among the first and second place finishers in two categories: Ideation and Architecture. Because FUN3D was written by the US Government, only US citizens over the age of 18 can participate, but you'll need to get cracking if you plan to enter: submissions are are due in less than two months and must be received by 5 pm Eastern time on June 29th.

To enter, simply head to the competition's HeroX site for more details and a download link for FUN3D.

In this article: coding, FUN3D, gear, NASA, pleiades, space, supercomputer, tomorrow
All products recommended by Engadget are selected by our editorial team, independent of our parent company. Some of our stories include affiliate links. If you buy something through one of these links, we may earn an affiliate commission.