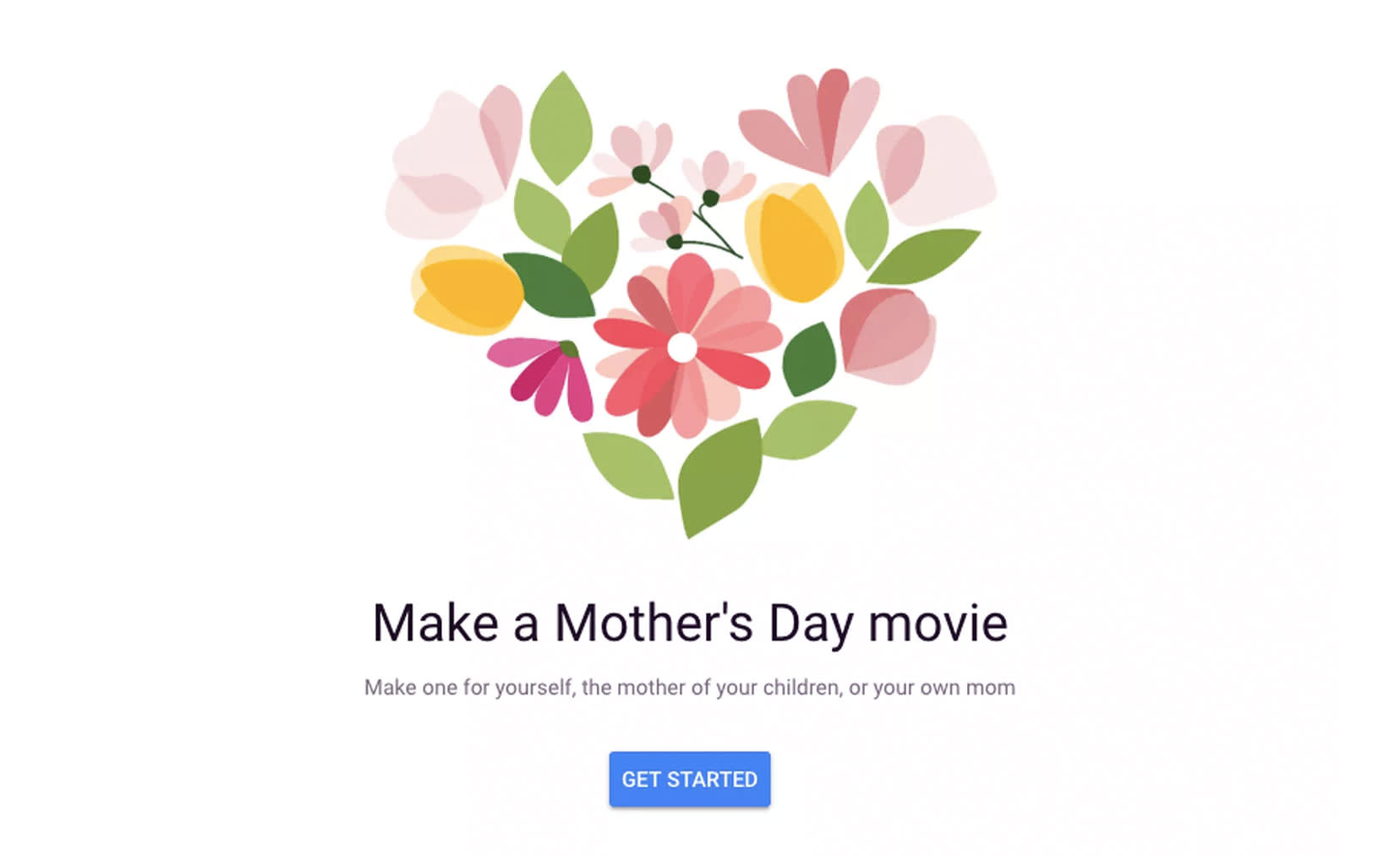 Google often likes to dip its toes into holidays and notable days to remind everyone what its apps can do (and could you use them, please?), and it's recently added a special Mother's Day assistant to its Photos app. Given that Google selects the photos and cuts it all together, it's possibly the lowest-effort Mother's Day 'gift' if you've totally forgotten and / or have no intention of buying a genuine card or seeing mom in person next weekend. (But seriously, you have a week and two days left to sort something, pull it together.)

Naturally, you'll need to have taken photos of your mom to start with, and uploaded them to your Google Photos account. If you have the app installed on iOS, -- it's already there on most Android Phones -- you can choose to sync photos every photo you take, which helps with facial identification needed for this maternal highlight reel. The notable part, this time, is that you can select not only your mother's face, but also multiple kids, meaning I could get Google to shoehorn photos of my sister and brother alongside your madre, although that has its own drawbacks...

A few minutes later, an automated movie will appear in the app's Assistant tab, complete with heartstring-tugging soundtrack. The irony with such a lazy tool is that you need plenty of uploaded photos to fill in a 45-second highlight reel. This included combinations of me, my brother, my sister and my mom, as well as several enforced sibling-mother family photos. Unfortunately, as my sister and I like to take drunk selfies when we hangout (siblings!), there was an awful lot of those too, with no mother in sight.

Also, unlike the manual highlight videos you can make inside Google Photos (or Facebook's friendship anniversary clips), if you use the feature through Chrome ,you're stuck with what Google picks, meaning there's a few blurry shots and HDR iterations of the same photo, twice, in my Mothers' Day tribute. (Update: Google got in touch to say that you can curate the photos selected if using the Android or iOS app.)

If you're often taking photos with your mom, this will result in better Mother's Day clips, but it's still no substitute for putting a little more effort in. (That said, I sent my automated video to my Mom, who immediately texted me to say she had tears in her eyes. Aww.)

In this article: cameras, FaceRecognition, gear, google, googlephotos, highlights, internet, mom, mother, mothersday, photos
All products recommended by Engadget are selected by our editorial team, independent of our parent company. Some of our stories include affiliate links. If you buy something through one of these links, we may earn an affiliate commission.