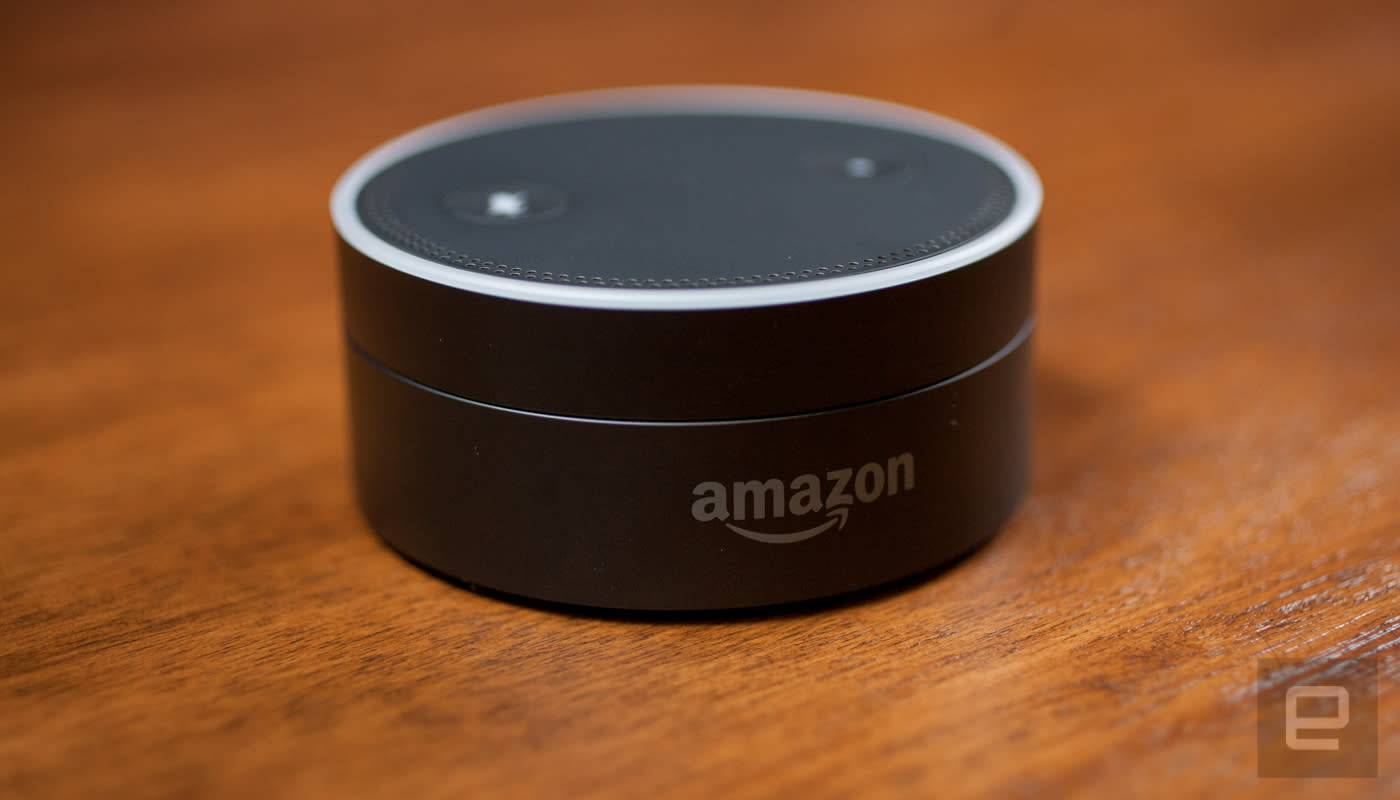 One of the most notable new features introduced alongside Amazon's new Echo Show is the ability to make calls with Alexa, something that's been rumored for a while now. And the good news is that this feature isn't limited to just the Echo Show. When it rolls out later today (via an update to the Alexa iOS and Android apps), you'll be able to use all existing Echo hardware to place voice calls, video calls and send messages. You'll obviously need an Echo Show for video calling, but the support for voice calling and messaging is pretty robust.

If you have an Echo, Echo Dot or Echo Show, you can initiate calls (including video calls with the Show) and send messages to anyone else in your address book who has turned on Alexa calling. The recipients of your calls don't even need to have an Echo -- they just need to have the Alexa app installed on their phone and turn on the feature. If you have an Echo and receive a call, Alexa will alert you and a green ring will be displayed on your device. From there, you can tell Alexa to pick up the call or ignore it. As for messages, you'll hear a chime when one arrives and the green light ring will appear on your device; you can then ask Alexa to play the message back to you.

The last calling feature is something Amazon's calling "Drop In" -- this makes the Echo Show basically work as a video intercom that you can activate at any time, whether the devices are in different places in your house or totally different locations entirely. Obviously, you'll only want to enable Drop In with contacts you trust and don't mind popping up on your Echo Show at any time.

With this, Amazon has basically turned the entire Echo ecosystem into a pretty robust speakerphone. Ironic considering how badly the Fire Phone flopped, but this feature makes perfect sense for the Echo hardware. When Google first unveiled Home almost one year ago, the company said you'd eventually be able to send text messages with your voice -- but that feature still hasn't materialized.

The feature is even more timely given that Microsoft and Harmon Kardon just announced a Cortana-powered voice speaker yesterday. The Invoke won't arrive until the fall, however, which gives Amazon plenty of time to press its advantage in the growing voice-activated speaker market.

Update, 12:05PM ET: We've confirmed with Amazon that calling will be enabled today through an update to the iOS and Android Alexa apps.

In this article: amazon, amazonecho, applenews, echo, echoshow, gadgetry, gadgets, gear, internet, services, videocalling, voiceactivatedcalling, voicecalling
All products recommended by Engadget are selected by our editorial team, independent of our parent company. Some of our stories include affiliate links. If you buy something through one of these links, we may earn an affiliate commission.