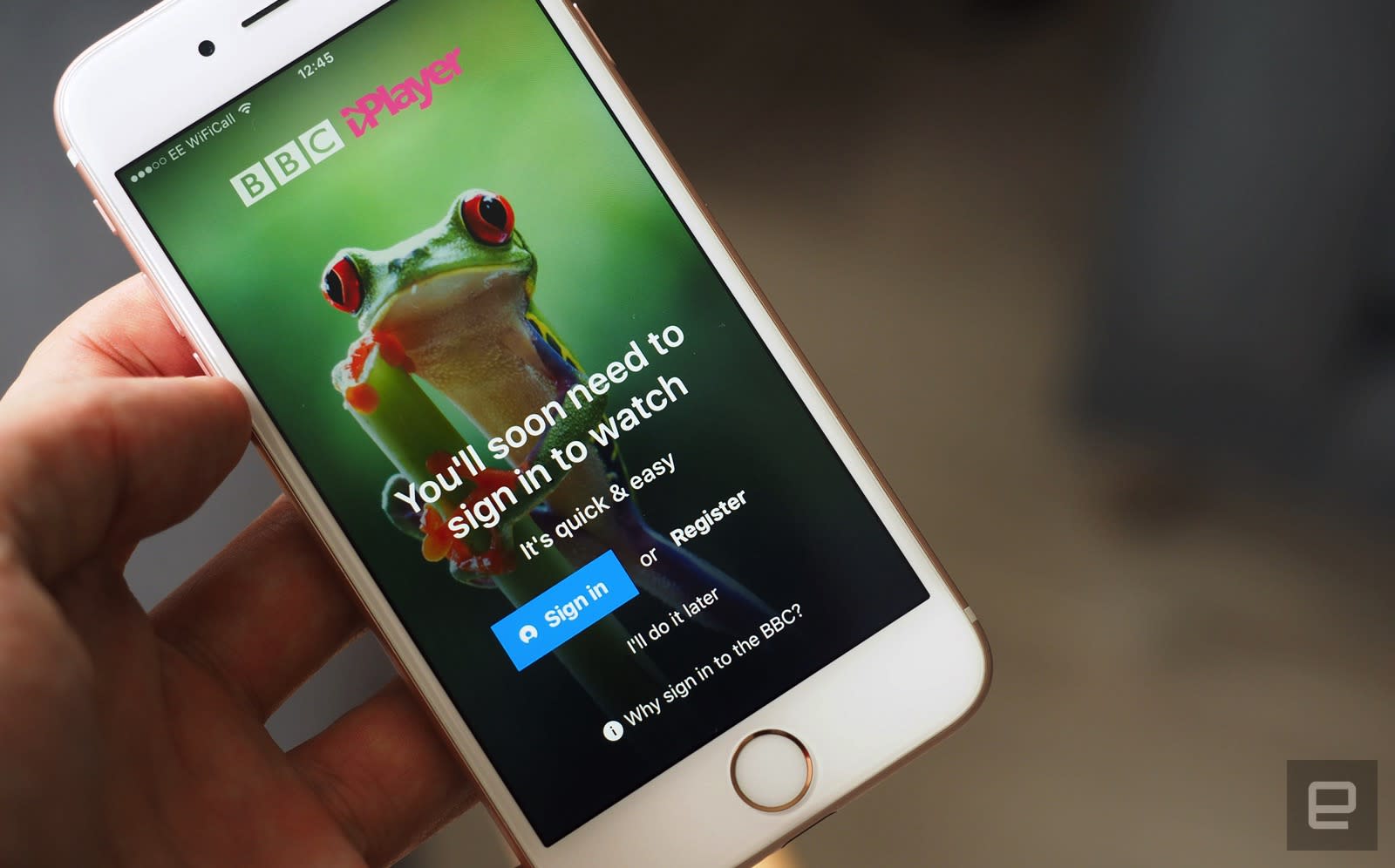 The majority of Brits will soon need a BBC account in order to watch iPlayer, listen to iPlayer Radio and use some of the broadcaster's other services. The BBC has said that registration will move from optional to mandatory within the next few weeks. No formal date has been set because the BBC wants to ensure as many people as possible have been given the opportunity to sign up before it flips the switch, and it's started warning users of the impending change online and within its various apps. The BBC says it's introducing mandatory logins to improve its services and user personalisation, but there's also a secondary motivation: Making sure you're paying your TV licence.

The BBC already tailors many of its services for logged-in users. For example, iPlayer will recommend things to watch based on your viewing habits, and only with an account can you pause a show on one device and pick up where you left off on another, for obvious reasons. By forcing more people to log in, the BBC says it can get a much better idea of how people use its services, and improve them accordingly.

When signing up, you need to provide your date of birth, email address and post code. With a richer understanding of user demographics, the BBC hopes to personalise on an individual and country-wide scale. "By finding out more about you and what you like we can make better content, make it more relevant, and bring it to you more effectively," the BBC's Andrew Scott writes. Logging-in will initially only be mandatory when watching iPlayer online or via mobile apps. "Connected TVs," which is a term the BBC uses to describe apps for smart TVs, games consoles, set-top boxes, etc., will fall in line in due course -- some of these platforms will be forever be exempt since they aren't built to support account systems.

The BBC first announced it was going to introduce the registration requirement last September. Coincidentally, or not, this was made just a few weeks after TV Licensing law changed, closing the so-called "iPlayer loophole." Previously, only those watching the BBC's live channels needed a licence, but it was extended to cover the broadcaster's on-demand content too.

As much as the BBC tries to downplay the connection, account details will be available to TV Licensing and used to tackle fee evasion. For now, at least, the BBC says only the email address you sign up with will be of interest. If you've explicitly told TV Licensing you don't need one, it'll be obvious you're lying when you're logged into iPlayer with a known email address and catching up on Masterchef. That's not to say your post code will be ignored forever, but Scott says nobody's going to start asking ISPs for IP addresses to connect the dots.

Last year, the government suggested the BBC consider a strict TV licence verification system for iPlayer. "This is something we're continuing to look at," says Scott.

In this article: applenews, av, bbc, bbciplayer, bbciplayerradio, entertainment, internet, iplayer, iplayerradio, licencefee, services, tvlicence
All products recommended by Engadget are selected by our editorial team, independent of our parent company. Some of our stories include affiliate links. If you buy something through one of these links, we may earn an affiliate commission.