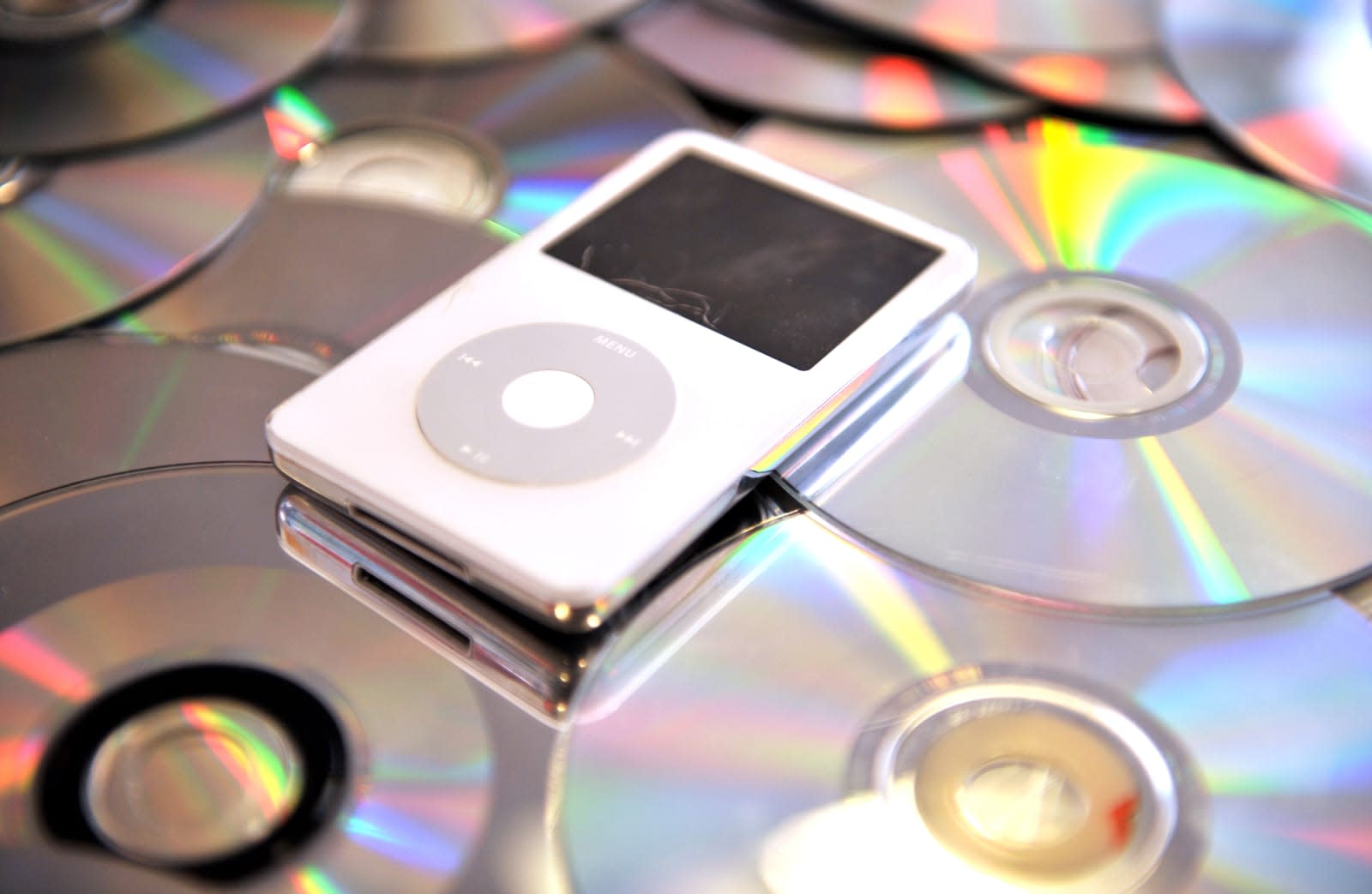 MP3, the format that revolutionized the way we consume (and steal) music since the 90s, has been officially retired -- in a manner of speaking. The German research institution that created the format, The Fraunhofer Institute for Integrated Circuits, announced that it had terminated licensing for certain MP3-related patents...in other words, they didn't want to keep it on life support, because there are better ways to store music in the year 2017. Rest now forever, MP3.

In its place, the director of the Fraunhofer Institute told NPR, the Advanced Audio Coding (AAC) format has become the "de facto standard for music download and videos on mobile phones." It's simply more efficient and has greater functionality, as streaming TV and radio broadcasting use the format to deliver higher-quality audio at lower bitrates than MP3.

Basic research in audio encoding began at the Friedrich-Alexander University of Erlangen-Nuremberg in the late 1980s. Researchers there and from the Fraunhofer Institute joined forces, and their result was the humble MP3 standard. The format takes up 10 percent of the storage space of the original file, a monumental reduction at the time. According to Stephen Witt's book How Music Got Free, corporate sabotage and and other failures almost stonewalled the MP3 into irrelevancy. Finally, Fraunhofer just started giving away software consumers could use to rip songs from compact discs to MP3 files on their home computer, after which the format took off.

By the end of the 90s, however, those tiny files were zipping around the nascent internet, spawning a gold rush of digital piracy. It ruled illegal sharing for years as sites like Napster and Kazaa hosted popular peer-to-peer services allowing folks to download songs with a click. Of course, the format also enabled development on the legal side of the aisle as online vendors scrambled to lawfully meet the connected public's need for digitally-acquired music.

Apple's iTunes store dominated that market, which funneled music into their answer to the MP3 player market, the iPod. Apple gave users the option of using AAC almost from the start, and that format has proven the eventual successor. But MP3 deserves its place in history for enabling casual users to experience for the first time the internet's true (if dubiously legal) potential for exchanging data.

In this article: applenews, format, FraunhoferInstitute, gear, mp3, personal computing, personalcomputing
All products recommended by Engadget are selected by our editorial team, independent of our parent company. Some of our stories include affiliate links. If you buy something through one of these links, we may earn an affiliate commission.