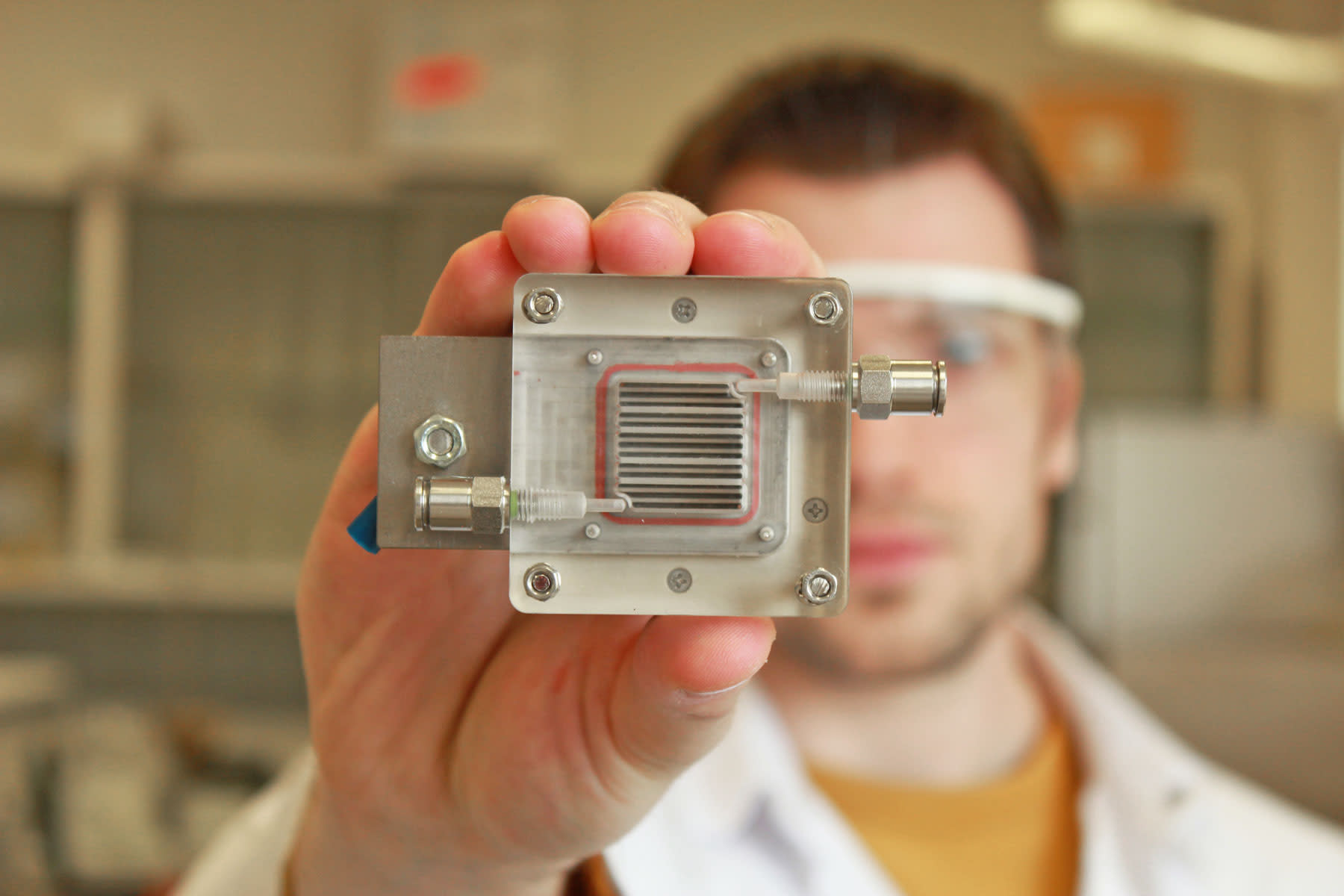 To save the environment, humanity needs to do two things: reduce harmful gases and produce more energy from "green" energy sources. While plenty of research projects have tried to tackle these independently, few do both at the same time. Scientists from the University of Antwerp and KU Leuven (University of Leuven) in Belgium are developing a device that cleans up the air and generates power at the same time. It relies on a process called 'heterogeneous photocatalysis,' which uses light and a special catalyst (typically a semiconductor) to trigger a chemical reaction.

Heterogeneous photocatalysis has been used before to siphon hydrogen from water and nullify gas-based pollutants. Rarely are the two used in combination, however. The research team has solved this with a "photoelectrochemical cell," which uses a solar cell to produce hydrogen in a similar manner to electrolysis water-splitting. It has two "rooms," according to Professor Sammy Verbruggen, separated by a membrane to isolate the two processes. Air is purified on one side with a photoanode, while the hydrogen is generated from "a part of the degradation process" with a cathode tucked behind the solid electrolyte membrane.

It's the team's choice of catalyst that makes the machine so effective, Verbruggen says. "In the past, these cells were mostly used to extract hydrogen from water. We have now discovered that this is also possible, and even more efficient, with polluted air," he added. The hydrogen can be easily stored and used later as fuel. It sounds like a wonder machine, although the team is quick to stress that it's only a "proof-of-concept" with "ample room for improvement" in its research paper. The current device, for instance, is only a few square centimeters — hardly enough to counterbalance carbon emissions or power the lights in our cities.

In this article: applenews, belgium, carbon, CarbonEmissions, catalysis, environment, globalwarming, green, heterogeneousphotocatalysis, hydrogen, tomorrow
All products recommended by Engadget are selected by our editorial team, independent of our parent company. Some of our stories include affiliate links. If you buy something through one of these links, we may earn an affiliate commission.