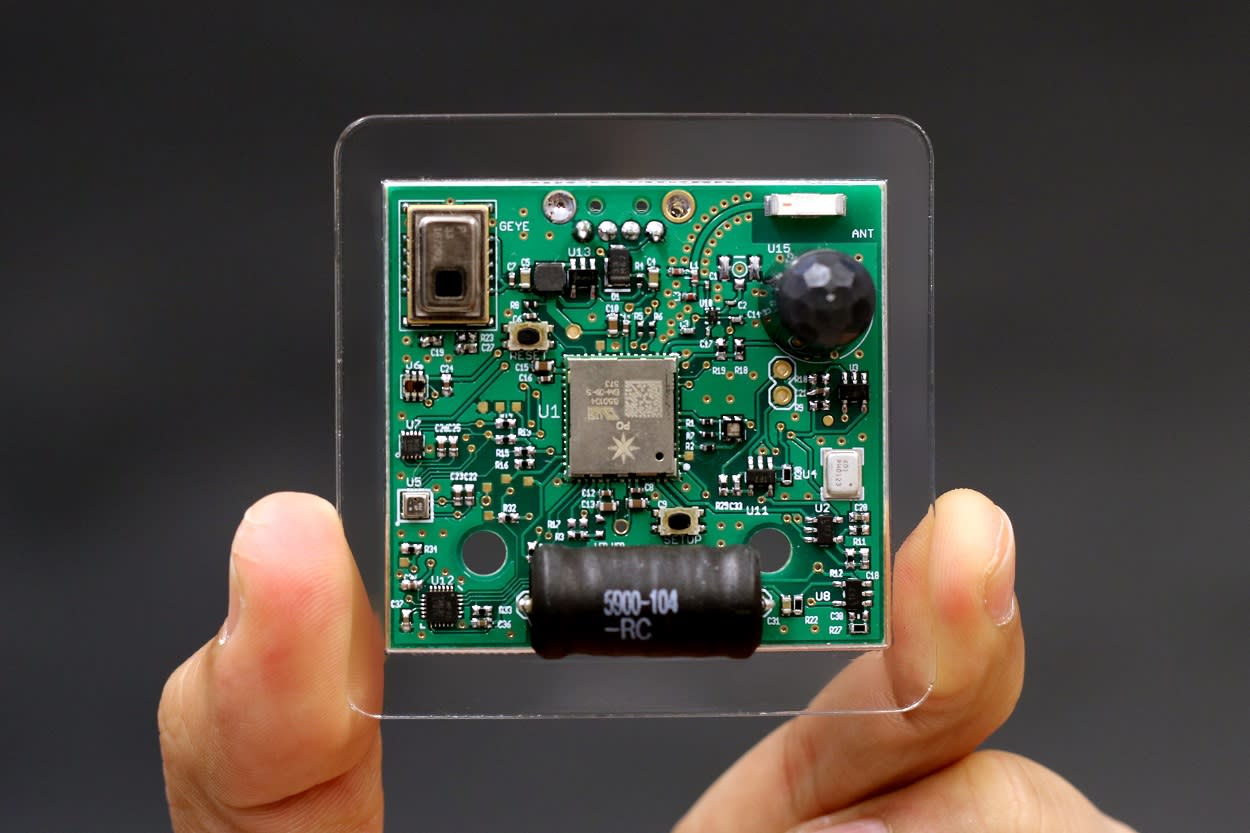 Creating a smart home currently requires either linking every connected device one-by-one or adding sensor tags to old appliances to make a cohesive IoT network, but there might be an easier way. Researchers at Carnegie Mellon developed a concept for a hub that, when plugged into an electrical outlet, tracks ambient environmental data -- essentially becoming a sensor that tracks the whole space. With this in hand, savvy programmers can use it to trigger their own connected home routines.

The researchers introduced their sensor nexus -- dubbed Synthetic Sensors -- this week at ACM CHI, the human-computer interaction conference. As the video demonstrates, just plug it into a USB wall port and it automatically collects information about its surroundings, uploading it to a cloud back-end over WiFi.

Machine learning on the device parses results into recognizable events, like recognizing a particular sound pattern as "dishwasher is running" -- making them "synthetic" sensors. Folks can use them as digital triggers for other IoT behaviors. For example, one could use "left faucet on" to activate a room's left paper towel dispenser -- and automatically schedule a restock when its supply runs low.

There's one sensor missing from the device's suite, though: A camera. Its creators are sensitive to privacy issues, which is also why raw environmental data isn't uploaded to the cloud -- just the analyzed results. The Synthetic Sensor is still in a prototype phase, but it's a promising replacement for the jumble of individual tags needed to hook up old appliances or proprietary smart devices.

In this article: applenews, CarnegieMellon, gadgetry, gadgets, gear, iot, sensor, SmartHome
All products recommended by Engadget are selected by our editorial team, independent of our parent company. Some of our stories include affiliate links. If you buy something through one of these links, we may earn an affiliate commission.