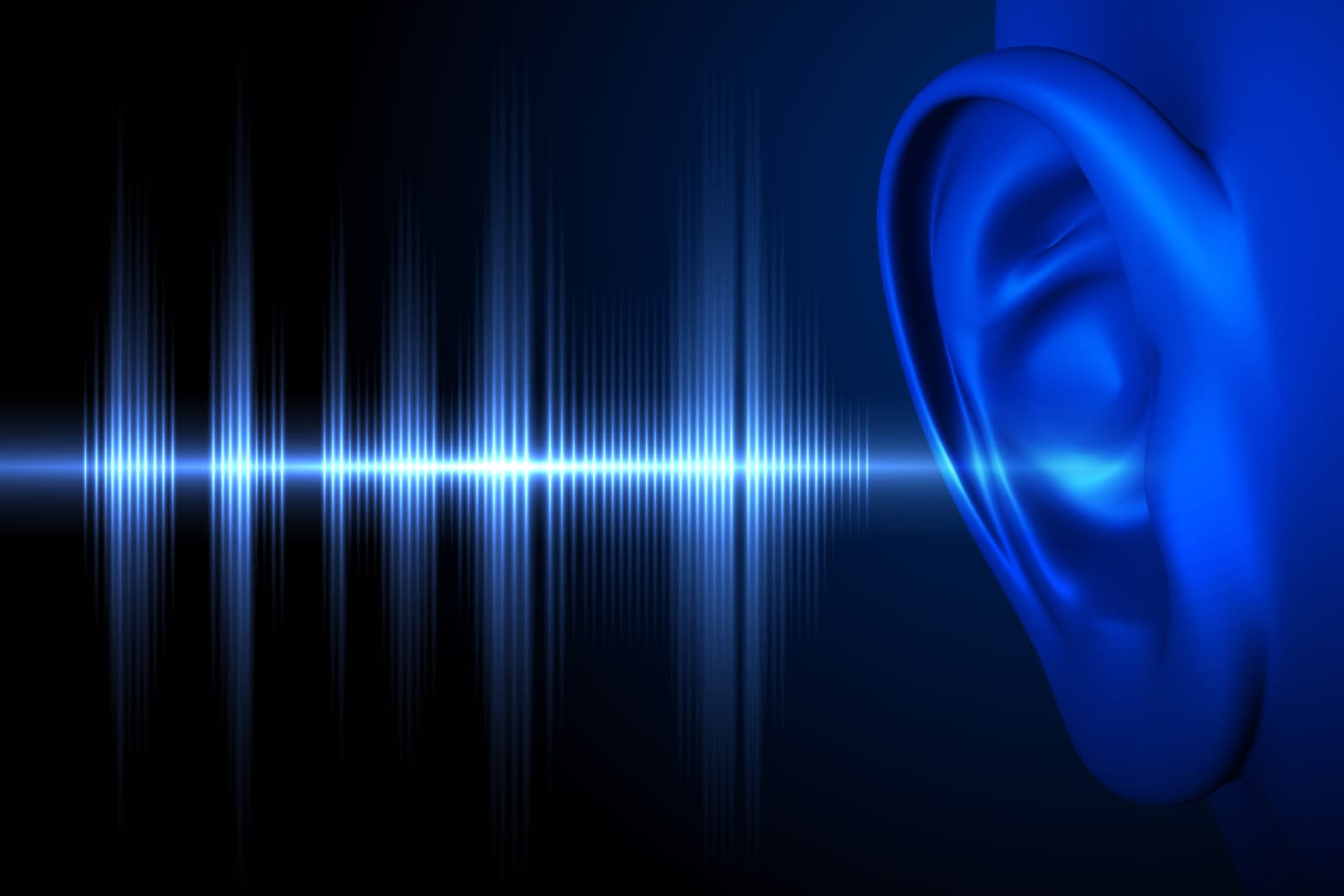 If you ever wanted to whisper across a crowded room, a new experimental device might let you deliver sneaky instructions -- if the awkward speaker and electrodes don't tip everyone off. Researchers at the University of Bristol built a wearable that translates facial expression into ultrasonic words that can be heard up to 30 meters away.

The device's current version is still a prototype, consisting of a speaker worn on the forehead or chest and electrodes placed on the lips and jaw. Those pick up electrical signals made by muscles in the face while a person talks, meaning someone wouldn't have to actually speak for the device to translate motion into words. The researchers used a machine learning algorithm that recognizes which muscular signals produce certain words. Those are emitted by wearable speakers at ultrasonic frequencies in a beam so narrow only those in its path would hear it.

The system is still very much in development: it can only recognize ten basic words and only got them right 80 percent of the time. But it could be useful for anyone in the market to speak securely over distance, like spies or soldiers in the field. It's a neat development in the field of nonverbal communication, the kind of research akin to Disney's experiments a few years ago sending messages through electric current.

In this article: applenews, gadgetry, gadgets, gear, tomorrow, ultrasound, UniversityOfBristol
All products recommended by Engadget are selected by our editorial team, independent of our parent company. Some of our stories include affiliate links. If you buy something through one of these links, we may earn an affiliate commission.