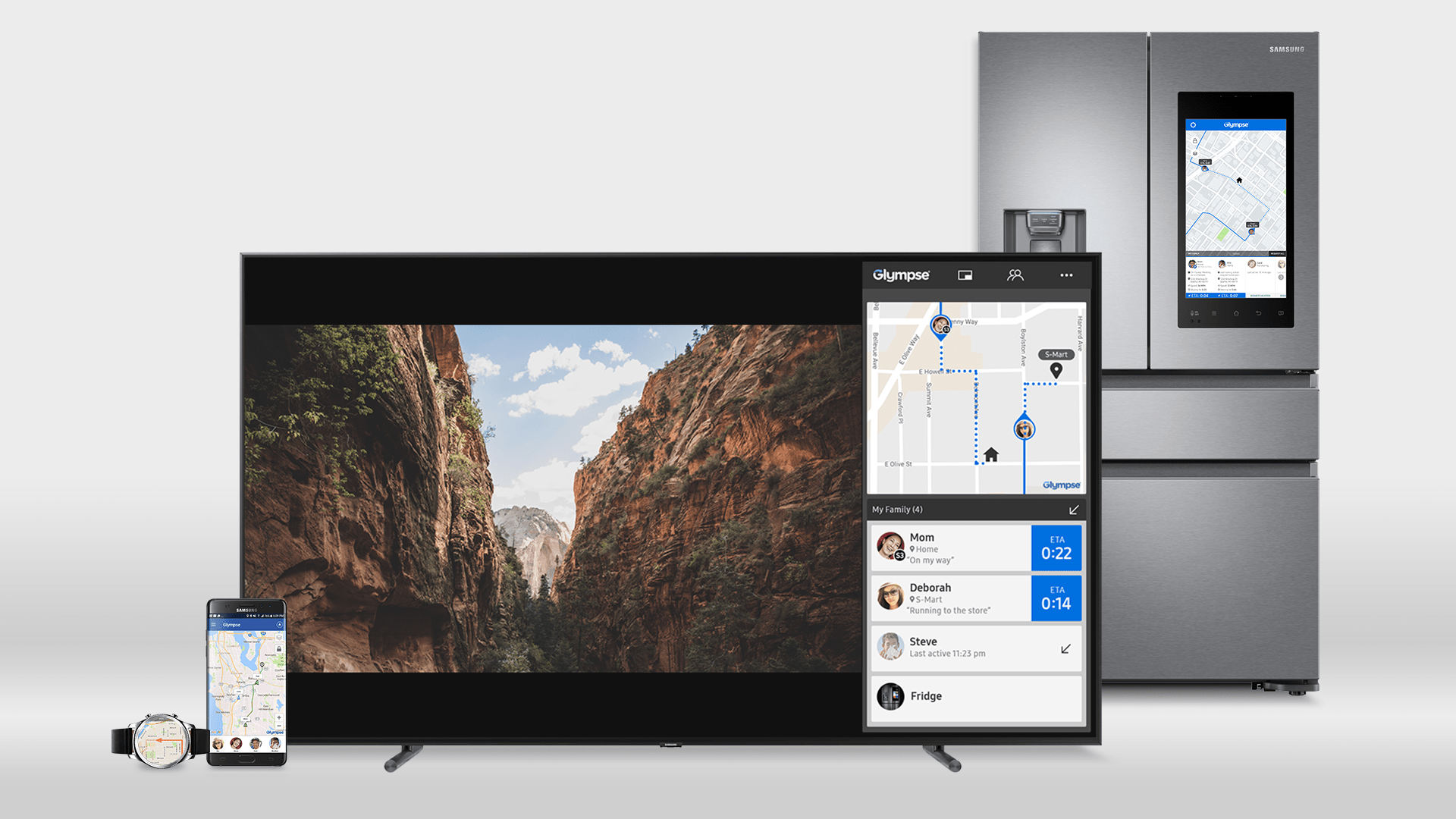 It seems like everyone wants to get into your living room. From the Apple TV to Google Home to Amazon's range of devices, your house is the site of the next battle for connected device supremacy. Instead of a voice command gadget with a screen like the Alexa Show, though, Samsung is looking to use its line of smart televisions to keep you connected with friends and family. The company is bringing location-sharing app Glympse to the Tizen operating system on the Samsung Smart TV.

Samsung already preloads Glympse on its Family Hub series of smart refrigerators, which may seem like an even weirder place to check up on where your kids are, but there you have it. Both the refrigerator and television versions of Glympse now have a way to create private groups of family and friends, and they're easy to create. You'll just type in that friend or family member's phone number and they'll get a text to add themselves to the group. Once added, everyone else in the group will be able see where that person is in real time on any Glympse-enabled screen.

Glympse isn't a simple location-sharing app, either, unlike Apple's Find My Friends app or Facebook Messenger location features. One of the more handy uses is letting your friends know when you'll arrive with a simple tap within the Glympse app. Now that it's on TVs and refrigerators, you have a better chance that the group will see your messages or ETA.

Glympse is also slated to integrate with devices from Logitech, General Motors, Volvo, Logitech, Garmin, Navdy, GoGo and Mojio. If nothing else, having Glympse everywhere will help you keep track of those important to you, whether you're watching the big game or grabbing a snack during halftime.

In this article: applenews, gadgetry, gadgets, gear, Glympse, home, IoT, samsung, smartTV, Tizen
All products recommended by Engadget are selected by our editorial team, independent of our parent company. Some of our stories include affiliate links. If you buy something through one of these links, we may earn an affiliate commission.