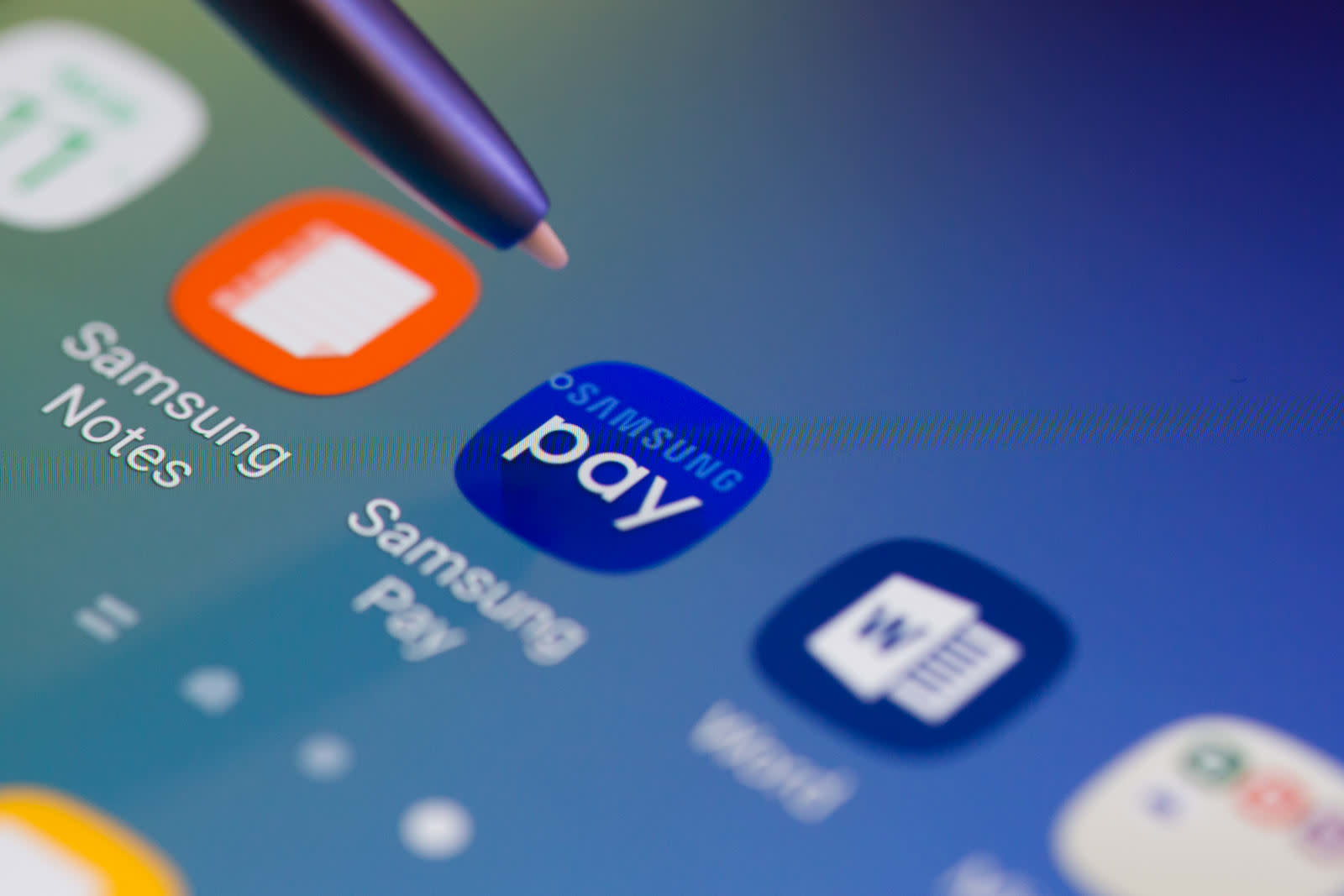 It took its sweet time, but Samsung Pay is now available in the UK. If you own any device in the Galaxy S6, S7 or S8 family, as well as the Galaxy A3 or Galaxy A5, you now have the option to pay for things without cards or cash. The company has teamed up with Visa and Mastercard to enable the option, but only customers who bank with MBNA, Nationwide and Santander are currently able to try out Samsung's answer to Android Pay and Apple Pay.

If Samsung Pay isn't installed on your device, make sure you grab it from the Google Play Store. You'll then be asked to authenticate your fingerprint and add one of your supported cards. Once added, you only need to swipe up on your phone's screen to select your card and confirm the payment via fingerprint, iris scan or passcode. Then it's a simple case of touching your phone to the payment terminal.

Samsung Pay's journey across the Atlantic has been a painful one. The NFC payment platform originally debuted in Korea in August 2015 before making its way to the US a month later. It took another year for the service to reach Canada, after which Samsung confirmed that the UK wouldn't see anything until 2017. The smartphone maker neglected to explain the reasons behind the delay, but reports suggested that negotiations with UK banks were to blame.

While only newer Galaxy and A-series smartphones currently support Samsung Pay in the UK, Samsung says the Gear S3 smartwatch will be added to the roster "soon." American Express, first direct, HSBC and M&S Bank are also expected to join the platform

In this article: applenews, contactless, gear, mobile, nfc, payments, samsung, samsungpay
All products recommended by Engadget are selected by our editorial team, independent of our parent company. Some of our stories include affiliate links. If you buy something through one of these links, we may earn an affiliate commission.