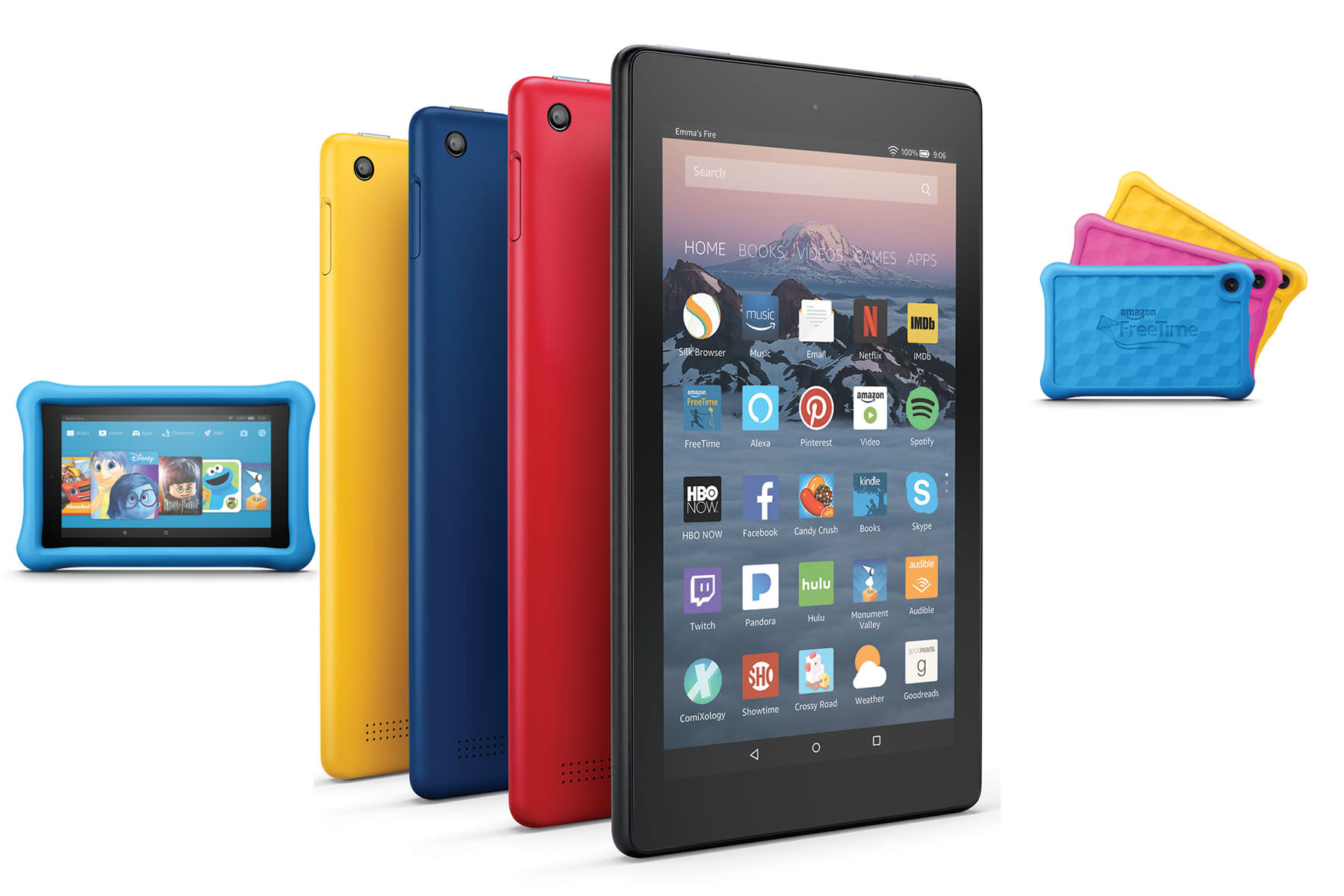 If you grabbed a person in the street and asked them when Amazon releases new tablets, you'd expect them to shout "September-ish!" before calling the calls. After all, the company has released a new Fire HD slate in late September or early October for pretty much the last five years. So it's a little surprising to see Amazon pulling the dust sheets off its updated lineup of tablets in May.

There's nothing too drastic or shocking with the update, and the Fire 7 gets a thinner and lighter chassis and an improved 7-inch IPS display. Battery life and chip performance have been tweaked, as well as the WiFi connectivity, not to mention the addition of voice assistant Alexa.

Amazon's done a little less to the Fire HD 8, throwing in faster, more power-efficient internals but leaving everything else the same. Thankfully, the device's biggest new feature will help your wallet: it's $10 cheaper than the existing model, retailing for $79.99.

The company is also whipping out Kiddie versions of the tablets, with both the Fire 7 Kids and Fire HD 8 Kids getting "kid-proof cases." Otherwise they're pretty much the same as their adult relatives, albeit with a year of Amazon FreeTime Unlimited and a two-year, no questions asked guarantee.

In this article: amazon, applenews, Fire, Fire7, FireHD8, FreeTimeUnlimited, gear, internet, Kids, personal computing, personalcomputing, Tablet
All products recommended by Engadget are selected by our editorial team, independent of our parent company. Some of our stories include affiliate links. If you buy something through one of these links, we may earn an affiliate commission.