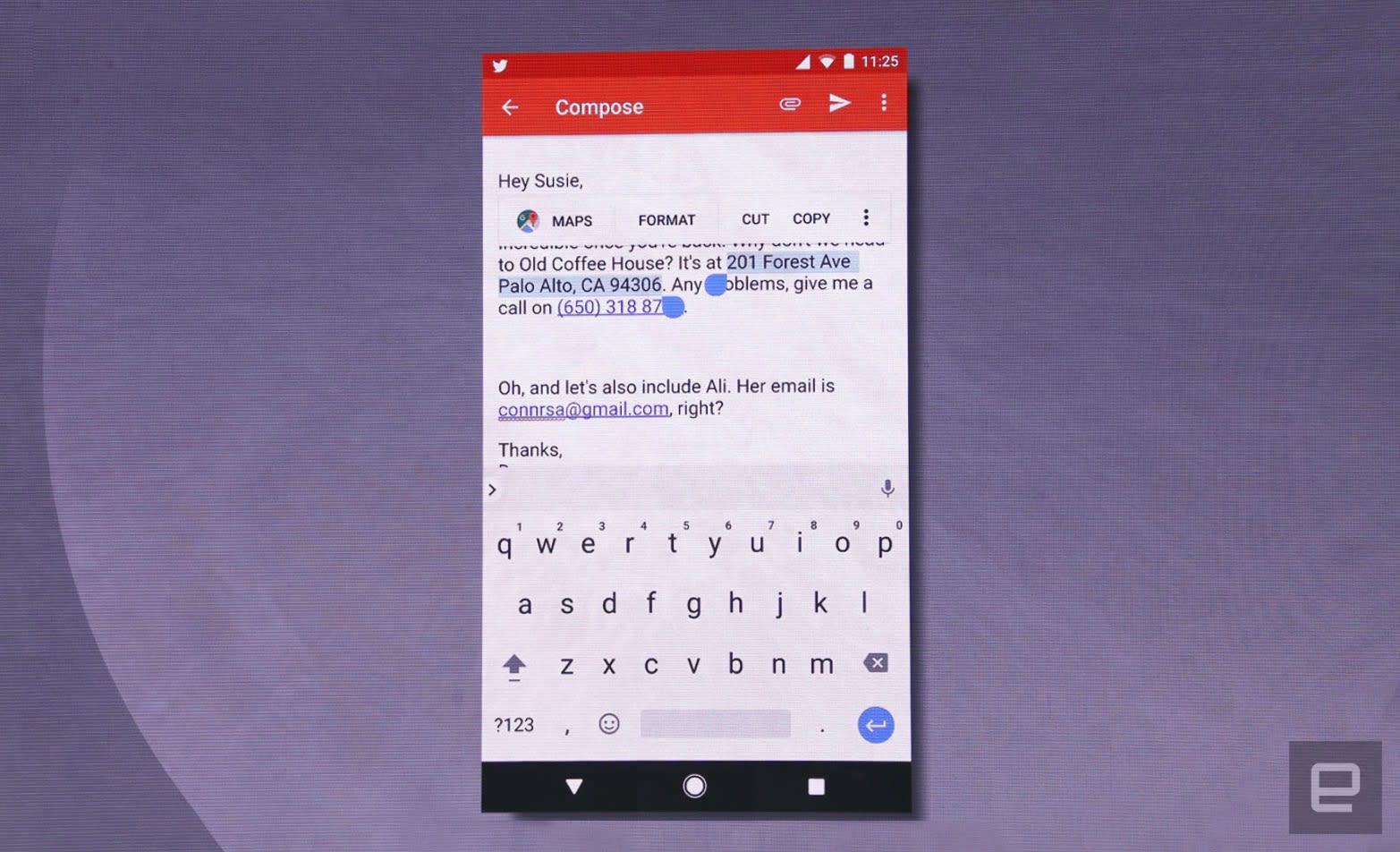 Late last month Google previewed a way of using AI to copy and paste without actually having to copy and paste on a mobile device. The feature was teased as a way Android will use context to take what you've been researching in Chrome and apply it to other apps. Well, there's a bit more to it than that.

First up is Smart Text Selection, which eliminates the need to long-press a bit of text; Android O uses on-device machine learning to grab the stuff you want with a double-tap. Specifically, addresses and phone numbers. From there, Android will suggest calling with the phone app or getting directions to the business via Maps based on the bit of selected text. It happens in real time without leaving the device -- just like the code release from last month suggested.

Tensor Flow Lite, a version of Google's open-source machine learning tools, enables LSTMs and other AI bits on your phone. It's a neural network API that uses hardware acceleration to tap into "silicon-specific accelerators." Autofill from Chrome is coming to Android too. It uses your autofill data from your browser, and in the example shown onstage, it was used to log into the Twitter app.

This and the other neural/"fluid" experiences in Android O will be available later this year.

In this article: android, androido, applenews, autofill, copylesspasting, gear, google, googleio2017, mobile, smarttextselection, tensorflowlite, update
All products recommended by Engadget are selected by our editorial team, independent of our parent company. Some of our stories include affiliate links. If you buy something through one of these links, we may earn an affiliate commission.