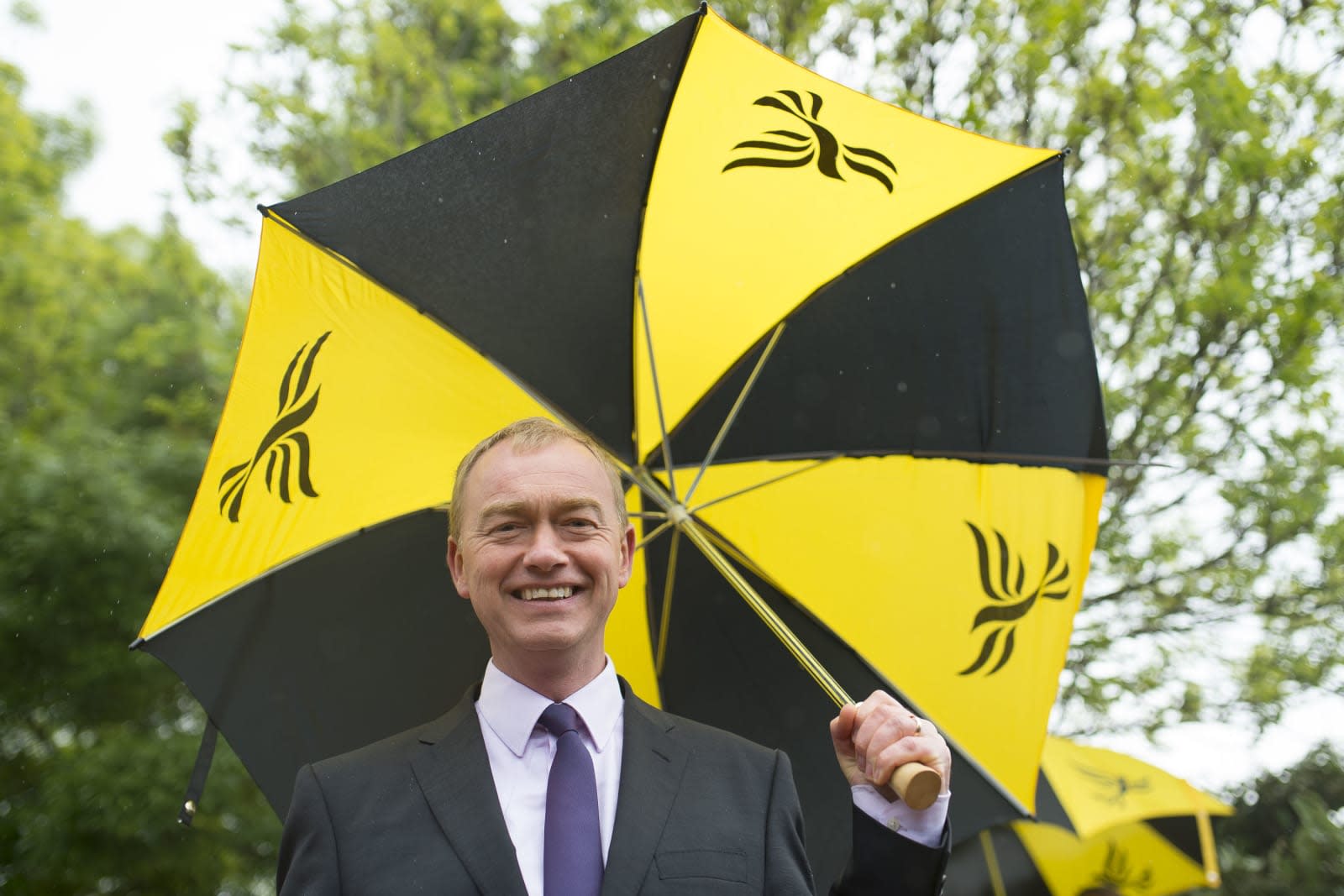 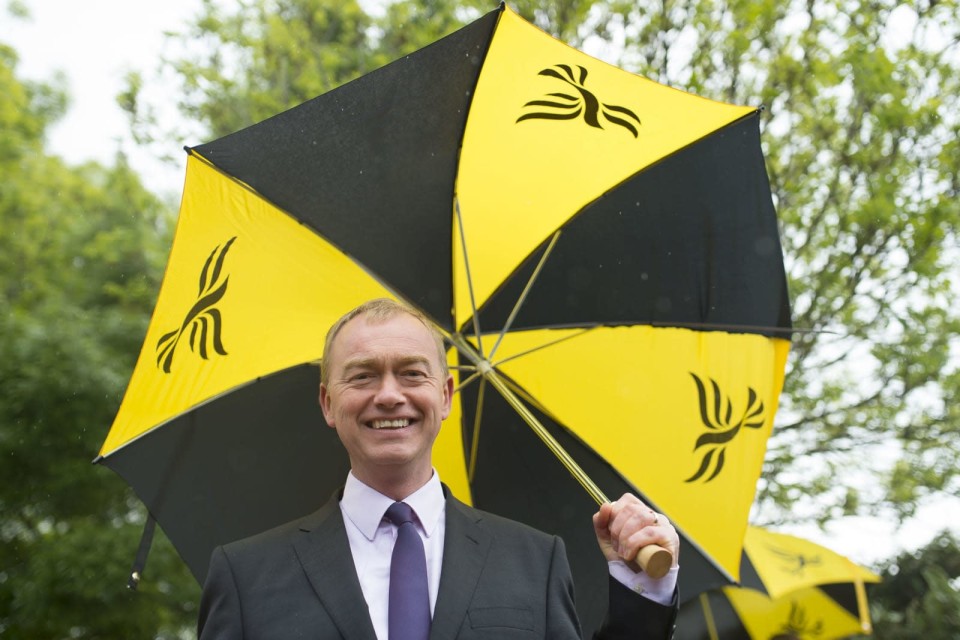 Less than 24 hours after the Labour party, the Liberal Democrats have published their manifesto for the UK's snap election in June. The party, which has long been a third-place contender, is trying to reposition itself as the true opposition to the Conservatives. Labour is in disarray, they argue, and the Liberal Democrats won't consider a coalition government this time. Instead, party leader Tim Farron wants voters to choose an MP that will stick up for their local area, while fighting for a better Brexit deal and championing investment in healthcare and education.

Science and technology isn't the party's focus, but they do feature heavily in its manifesto. In particular, the Liberal Democrats want a greener and healthier society that isn't so dependent on fossil fuels. It's championing a 'Green Transport Act' which would would ban the sale of diesel cars and small vans by 2025, while reforming vehicle taxation so that electric and other low-emission vehicles are more viable. At the same time, it would boost the number of charging points for electric cars and force private hire vehicles to use "ultra-low" and zero-emission fuels in urban areas by 2022.

A second piece of legislation called the Zero-Carbon Britain Act would self-impose two new environmental targets: To reduce greenhouse gas emissions by 80 percent before 2040 and to zero by 2050. To do this, the party would double-down on renewable energy, using these greener sources to generate 60 percent of the UK's electricity by 2030. It would also increase government support for solar installations and onshore wind in "appropriate locations." If elected, the Liberal Democrats would also introduce a 'British Housing and Infrastructure Development Bank' to increase investment in new, low-carbon and sustainable infrastructure.

The party opposes fracking, but will stop short of banning it outright. A Lib Dem government would also "accept" the role of nuclear power, while increasing support for "cutting-edge technologies" including hydrogen, tidal and offshore wind. In particular, it's promised to green-light the tidal lagoon at Swansea Bay. Like the Labour party, the Lib Dems are keen to maintain Britain's membership in Euratom, the European atomic energy regulator. Keeping that tie is important, the party argues, for "continued nuclear co-operation, research funding, and access to nuclear fuels."

The third piece of its environmental pledge is a Green Buildings Act that would ensure at least four million homes have a Band C energy rating by 2022. It would then push to have every home at Band C by 2025, and ask local councils to develop community-focused energy saving projects. A separate, but related pledge is to create 10 "garden cities" in England that would offer thousands of zero-carbon homes, complete with gardens, shared green space and environmentally friendly public transport.

A more pressing concern for most home owners is broadband service. The Liberal Democrats want every building in the UK to have "superfast" (30Mbps download speeds, 6Mbps upload speeds) with an unlimited data cap by 2022. The party would also invest so that all new broadband connections and services "have a speed of 2 Gbps or more," with fibre-to-the-premises and unlimited data usage as standard by 2020. To achieve this, the party would ring-fence £100 billion for, among other projects, installing "hyperfast, fibre-optic broadband across the UK." It would also invest £2 billion to help high-speed broadband deployment in rural areas.

Research and the "digital economy"

Better internet access would be paired with fresh investment in technological and scientific research. The Liberal Democrats have promised to "protect" the nation's science budget and create innovation centres that can "catapult" new companies and ideas. The party wants to double the number of small and medium-sized business that are contributing to the "digital economy" and create new, regional initiatives similar to Tech City and Tech North. Farron also wants more apprenticeships in creative and digital industries, and new, sector-focused colleges that can specialise in key areas such as low-carbon technologies.

The manifesto gives a passing mention to the space and video game industries, but doesn't promise much beyond investment and "support."

Earlier this week, the Liberal Democrats reiterated their discontent with the Investigatory Powers Act, and said they would reverse many of its powers should they be elected. The party's manifesto repeats this pledge, promising to end "the indiscriminate bulk collection of communications data, bulk hacking, and the collection of "internet connection records." It would also oppose any attempt to break encryption and notify innocent people who were placed under targeted surveillance. Finally, it would force all front-line police officers to wear body cameras, "protecting the public from abuse of power and police officers from malicious accusations."

The Liberal Democrats seem realistic about their chances of being elected. Farron admits that "Theresa May's Conservative Party is on course to win this election," and that "unless we make a stand, they will walk away with a landslide." Based on recent polls, it certainly seems unlikely that the Lib Dems will unseat the current government. The party's pitch is, therefore, a little different: If you like our policies, vote for your local MP and we'll fight for them in the House of Commons, regardless of who has the majority.

In this article: applenews, election, generalelection, liberaldemocrats, politics, timfarron, tomorrow, ukelection
All products recommended by Engadget are selected by our editorial team, independent of our parent company. Some of our stories include affiliate links. If you buy something through one of these links, we may earn an affiliate commission.