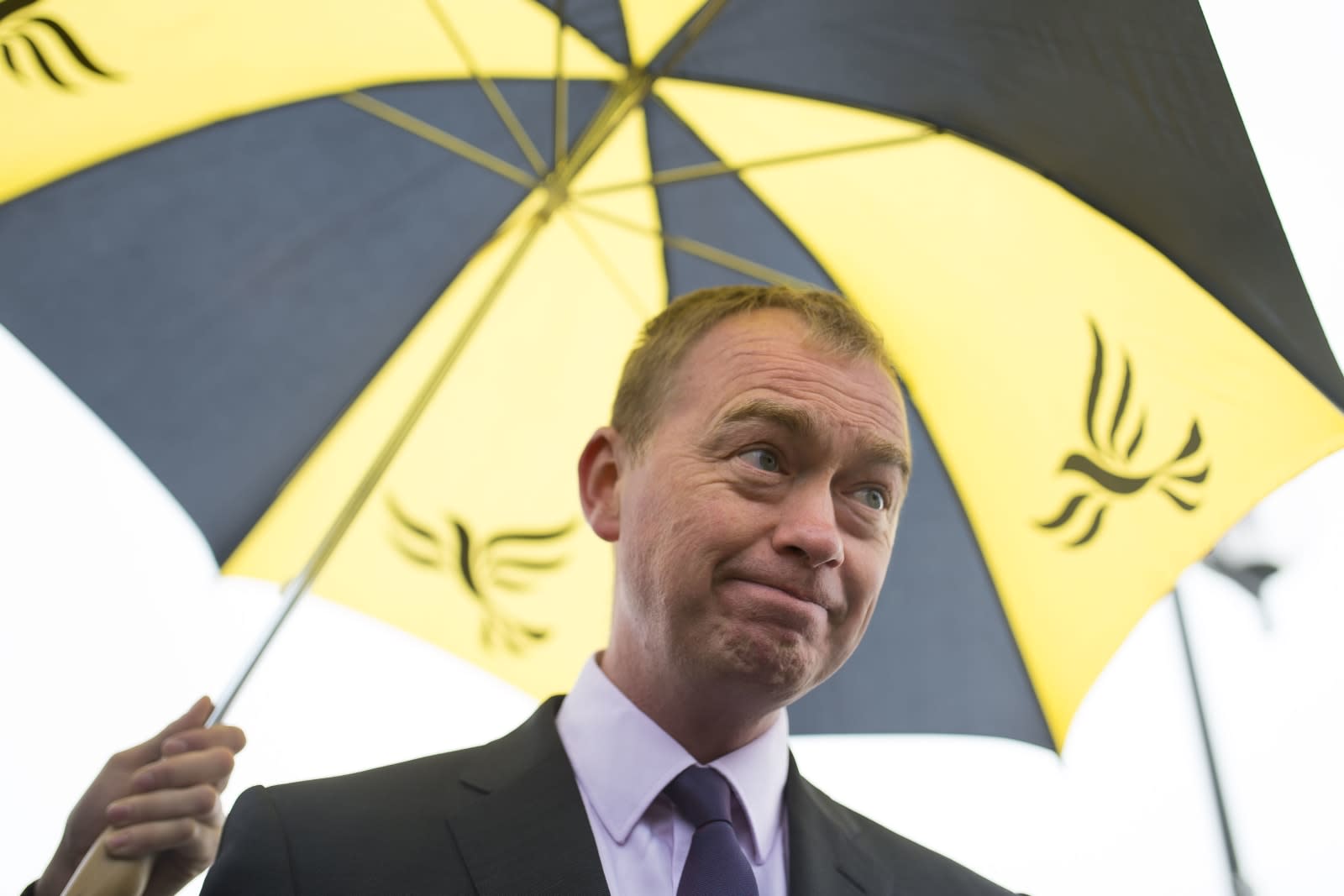 The Liberal Democrats will roll back "Orwellian" surveillance powers should they be elected in June. As the Guardian reports, the UK political party thinks the newly introduced Investigatory Powers Act (IP Act) goes too far and represents a "full frontal assault" on British citizens' rights. "It is [the] pre-internet equivalent of hiring a private investigator to follow every person in the UK and record their movements, on the grounds that it may be useful at some point in the next year," the party said in a statement.

The party takes issue with "internet connection records," a breakdown of your internet activity (top-level domains, such as wikipedia.org, but not individual pages) that can be requested by the authorities. Internet service providers which receive a notice must gather and store this information for 12 months, and hand it over in a readable format should it be needed for an investigation. The Liberal Democrats are also against the bulk collection of "communications data," which refers to the context of a conversation (when, how, where, etc.) but not the "content," or what was actually said.

"A Conservative landslide would give Theresa May a blank cheque to implement these draconian spying powers and Labour have shown they are incapable of opposing them," Liberal Democrat MP Alistair Carmichael said. "A strong Liberal Democrat opposition is crucial to challenge this government, stand up for people's civil liberties and change Britain's future."

Concerns over the IP Act have heightened since a draft "technical capability" document was leaked by The Register. It says ISPs and mobile network operators, after being served a warrant, should be able to deliver communications data in "near real-time." The companies also need, "where practicable," the ability to remove electronic protection, such as encryption. Quite how this would work in practice remains unclear, however. Encryption was a huge topic of debate while the IP Act was being drafted and no one knows what, if anything the government can do to overcome end-to-end encryption — a form of protection that stops anyone, including the company that offers the messaging app, from looking inside.

The Liberal Democrats position isn't new. The party voted against the IP Act while it was passing through Commons and has publicly criticised its most far-reaching powers. It is, however, unlikely that leader Tim Farron will be elected next month. The party sits in a distant third, well behind the Conservatives and Labour in the most recent public polls. While polls are no guarantee of voter sentiment, it seems unlikely the Liberal Democrats will manage even a coalition like it did under David Cameron's first term. Still, it's a promise that will appeal to privacy enthusiasts and shows the party is consistent on an issue that is only growing in importance.

In this article: applenews, internet, investigatorypowersact, investigatorypowersbill, ipact, ipbill, libdems, liberaldemocrats, politics, security
All products recommended by Engadget are selected by our editorial team, independent of our parent company. Some of our stories include affiliate links. If you buy something through one of these links, we may earn an affiliate commission.