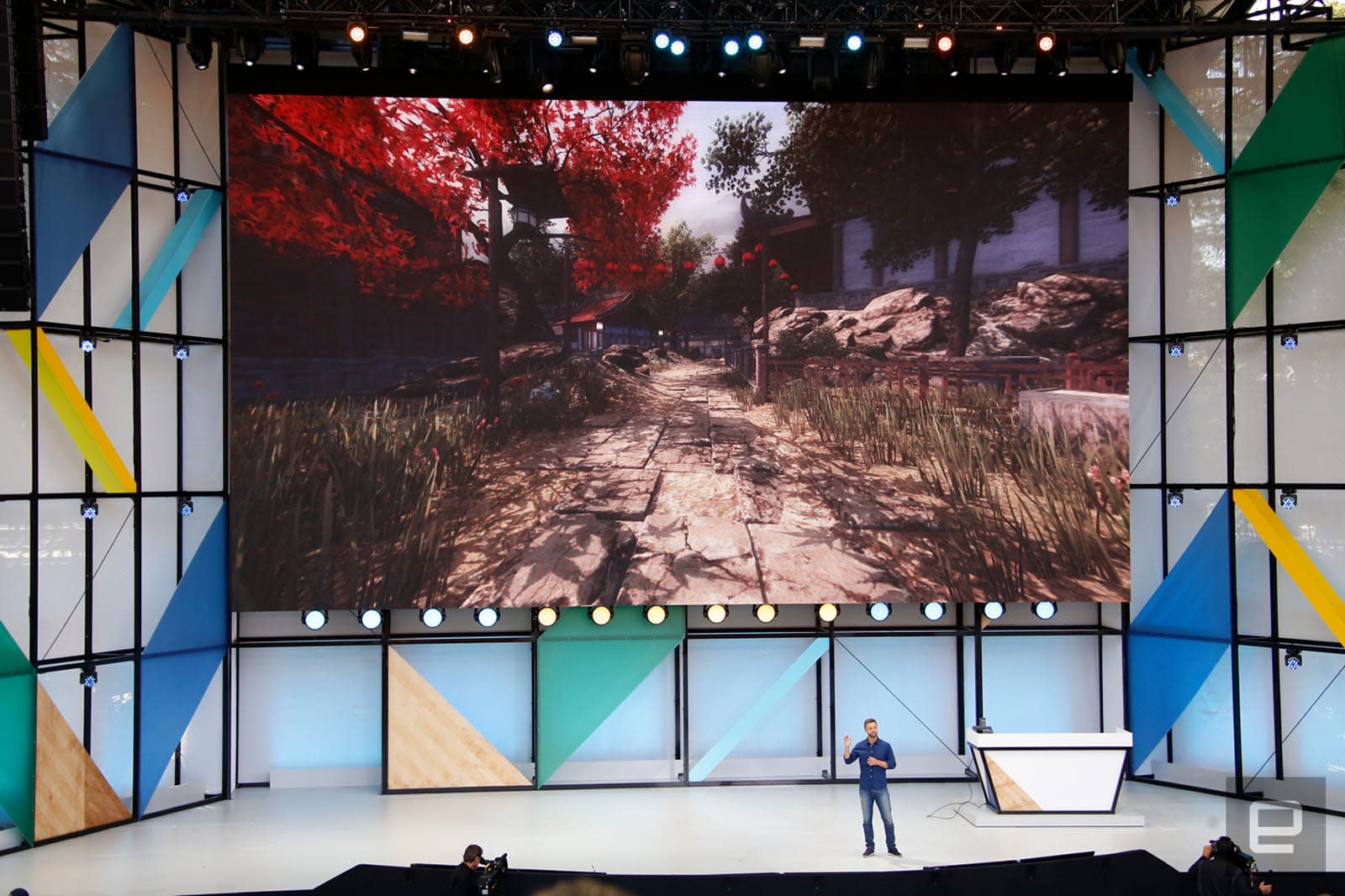 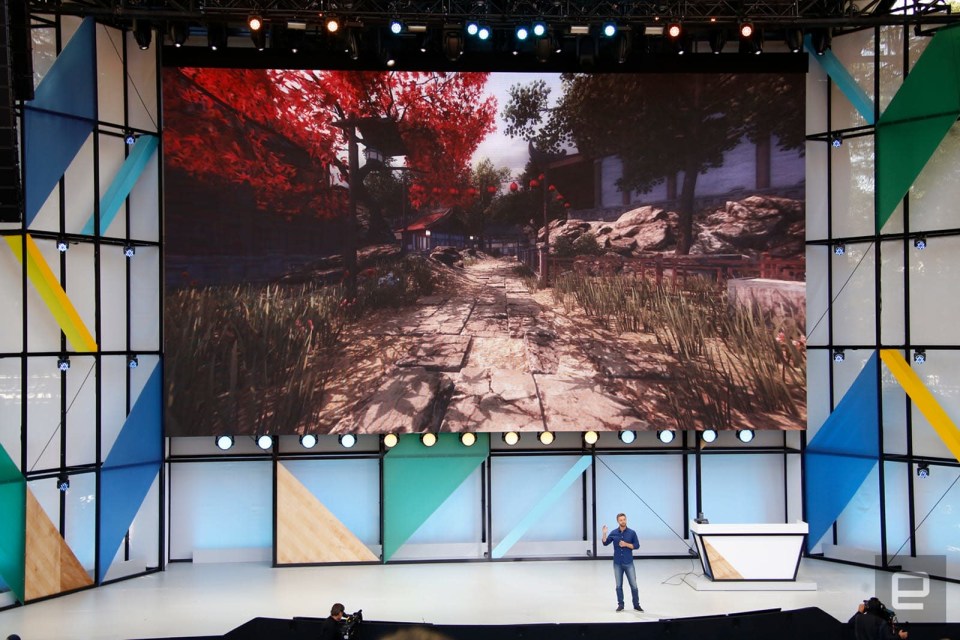 With Seurat, Google is giving game developers and movie studios a simple way to bring their 3D imagery down to mobile VR. Named after the French painter, Seurat can break down complex 3D scenes so that they can be easily rendered on phones. It basically takes the headache out of manually scaling down a 3D scene.

Today at Google's day-two I/O keynote, Lucasfilm's ILMxLAB revealed that it used Seurat in a scene from Rogue One, which took an hour to render on a high-end PC, and turned it into something a mobile GPU could render in 13 milliseconds. The tool was able to reduce the scene's texture size by a factor of 300, and its polygon count by a factor of 1,000. Based on the brief demo we saw, the mobile VR version definitely wasn't as polished as the full-scale cinematic scene, but it still looked surprisingly great given that it was running on mobile hardware.

"[Seurat] potentially opens the door to cinematic realism in VR," said ILMxLab's creative director John Gaeta. And as the guy behind the special effects in The Matrix films, including "bullet time," he'd know a thing or two about cinema.

There's clearly plenty of potential with Seurat. One of the biggest problems with VR, especially mobile VR, right now is a dearth of great content. So anything that makes it easier for creators to build compelling interactive environments would be helpful.

In this article: applenews, av, entertainment, gadgetry, gadgets, gaming, gear, google, GoogleIO2017, ILMxLab, Seurat, VR
All products recommended by Engadget are selected by our editorial team, independent of our parent company. Some of our stories include affiliate links. If you buy something through one of these links, we may earn an affiliate commission.